We are now at Lake Atitlán.  We arrived last night and spent the day touring three cities by boat.  It was an incredible day, but I thought I’d go back to Thursday when we climbed the Pacaya Volcano.  We went to the volcano in the afternoon (after my Spanish lesson and after lunch).  The shuttle picked us up at around 2:00 pm that day.  We picked up other people in Antigua (I think there were 11 or 12 of us in total) and drove approximately 2 hours.  Then we began to hike.

For an hour and a half.  OMFG, it was difficult.  They have horses to rent and one person in our group rented one.  The rest of us  climbed by foot.  The trail was very steep and the elevation is pretty high.  Basically, your legs ache like a motherf*cker and you can’t breathe.  Fun, right?!

Yes, the volcano is smoking.  It’s still active today.  After getting to this spot,  we hiked down to be near the lava from the 2014 eruption.  The lava on top has cooled, but underneath, the coals are still very hot.  And there are vents of hot air in the lava that are so hot you can roast marshmallows! 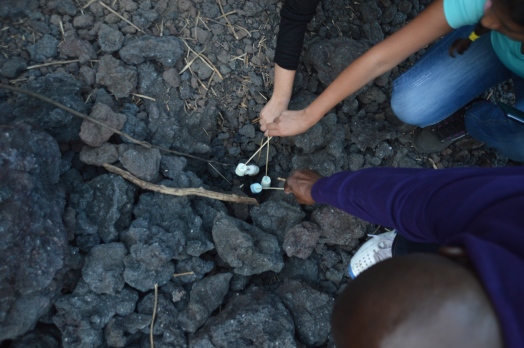 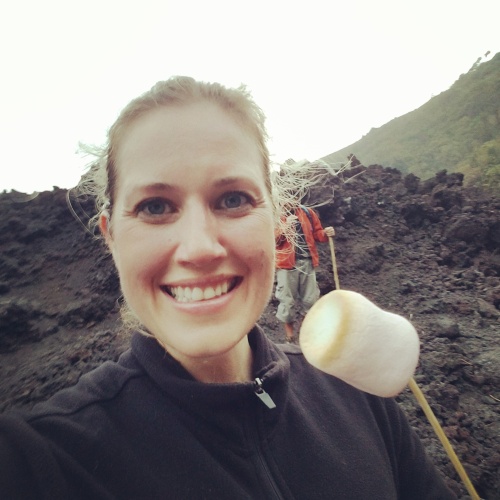 Unfortunately, it was pretty cloudy that night so there wasn’t a great sunset…but that didn’t stop G from posing for pictures. 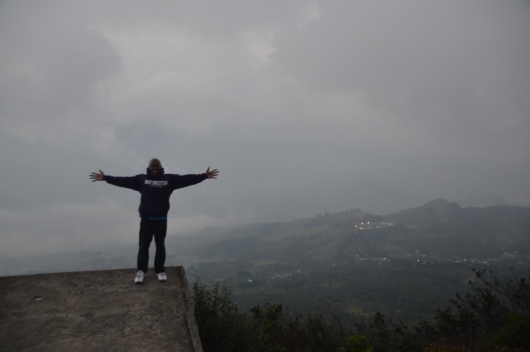 And it was still an amazing view.

This was at the top when we were winding our way back to the trail to go down the volcano.  By the time we got to the main trail, it was dark.  We knew it would be dark when we descended so we both used a flashlight app on our cellphones to light the path.  And we didn’t break our f*cking faces!  Going down was about 1000 times easier than going up.

George and I are still sore today.  But it was worth it.  And I’ll never do it again.

This entry was posted in Uncategorized. Bookmark the permalink.