A Hike, a Bridal Shower, and a Concert

Saturday morning started with a hike up to Cerro de la Cruz.  I don’t think it’s really a hike though, it’s just a f*ckton of stairs.  323, give or take.  My “dad” made me count the stairs (in Spanish) on the way down and I’m not so sure we were 100% accurate…especially because we had to say “Buenos Dias!” to everyone we passed.  Yeah, that will f*ck up your count. 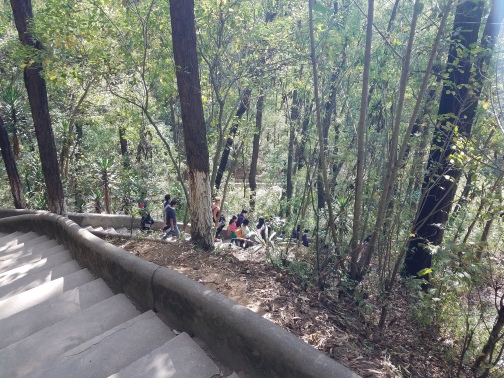 But the view at the top is incredible:

My house is in that row of doors/windows that are kind of centered in the picture.  It’s a great location and we can walk everywhere.

That afternoon, the living/dining room was prepped for a bridal shower! 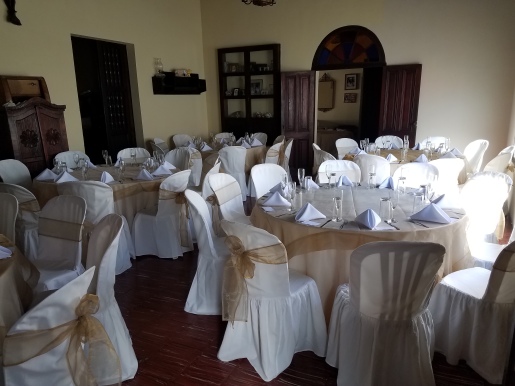 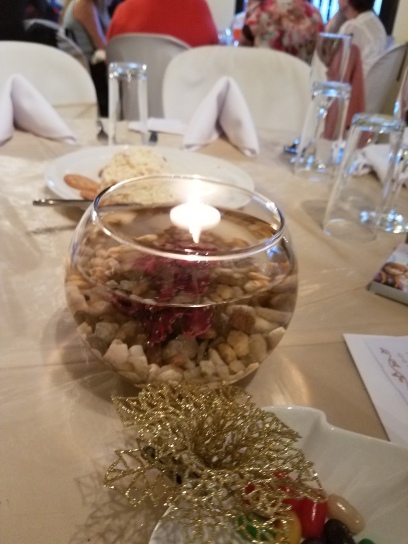 Although it looked more like a wedding reception to me.  It was catered and there were waiters, pretty fancy sh*t over here.  As you can imagine, I was pretty lost with everyone speaking Spanish so I spent a lot of time talking to these two: 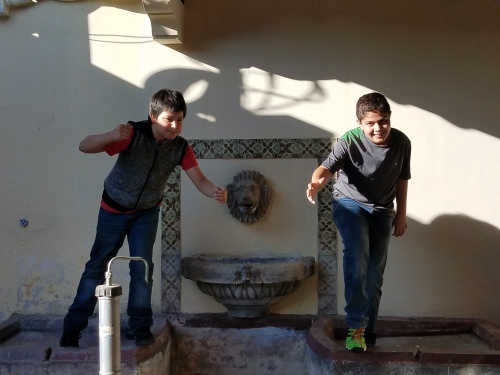 My new friends, Ricardo and Elie!  They are cousins and they speak English really well…and don’t mind talking to an idiot like me.  They were eating a ton of candy too, which reminded me so much of myself!

During the shower, the ladies played a bunch of games like BINGO, the what’s-in-your-purse game, and another game that involved enormous cucumbers and condoms.  Fortunately, only five people had to play that game (not me) and it was so funny.  Each table also had to write a song for the bride using specific words and the table was also assigned a music genre.  I wasn’t a big help on that one.

Toward the end of the shower, I left to go to the marimba concert down the street.  It was behind the cathedral in a ruin.  This is what I saw when I walked up:

And then when I walked in:

It’s a huge ruin without a ceiling and it was so cool to be in there for a concert.  I plan to go back during the day to take more pictures. 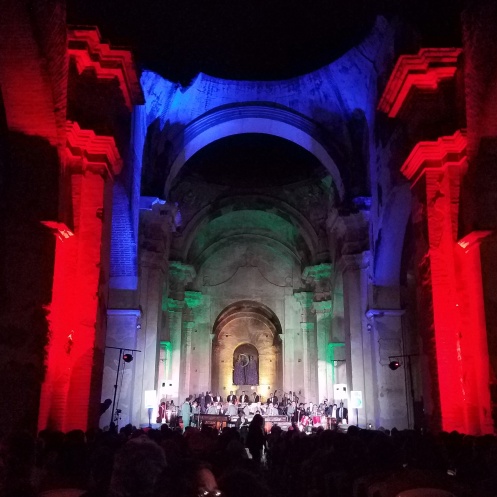 The music was great and there was even food and drinks!  The waiters took orders throughout the entire concert and some people even danced!  The concert ended at around 10 pm and I was in bed by 11:00 or so.  Yeah, it was a really late night.

This entry was posted in Travel. Bookmark the permalink.