Tomorrow, my “mom” in Antigua is hosting a bridal shower for her daughter.  It’s going to be here at the house and I think 50 people are coming.  I’m kind of excited, even though I’m pretty sure I won’t understand 90% of what’s going on.  Here’s what I know so far.

The food is being catered.  Yay!  All the furniture in the dining and living rooms will be taken out and replaced with long tables.  We are going to play EIGHT(!) games.  I don’t think there’s going to be a stripper.  Sad.

Last night, mi madre and I went to her other daughter’s house for dinner and to assemble the prizes for the games.  I had the option to stay home, but uncharacteristically decided to venture out after dark!  Living on the edge here.  I know.  And that was before I knew I would get to ride in this awesome beast: 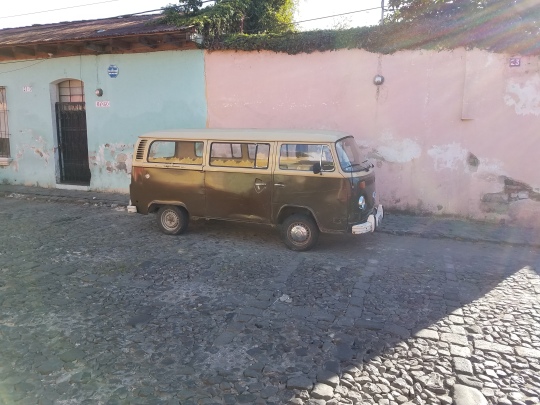 Pretty f*cking cool, right?!  Yes. Okay, so after my sweet ride, we ate dinner and began crafting.  Everything was bought in a place similar to the Dollar Store and here’s the final result: 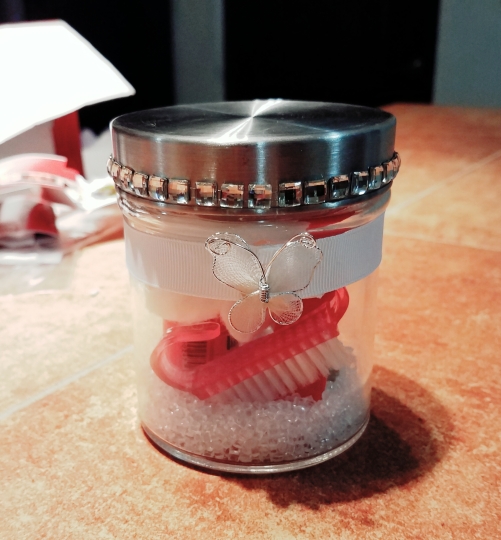 It’s a manicure kit with nail polish, cotton balls, nail files, a scrubber thing, q-tips, and some other things I can’t remember.  We put the sparkles on the lid, the bow and the butterfly on the outside, and then filled it with everything.  Such a cute idea!

This entry was posted in Friends, Travel. Bookmark the permalink.

1 Response to A bridal shower!