Hello?!!  Is anyone reading this anymore?  I know it’s been a while, but here’s a quick recap of some of the things going on over here.

First (and most important!), George and I celebrated our 10th anniversary last month!

And yes, we ate an entire cake to celebrate!

We didn’t have the top tier of our wedding cake made like we have in the past, but this vegan German chocolate cake was pretty f*cking good! 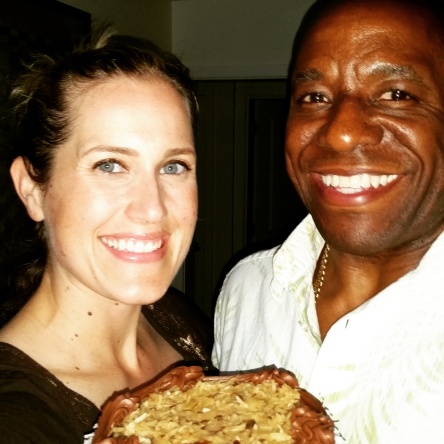 We’ve also been hanging out a lot with this monster: 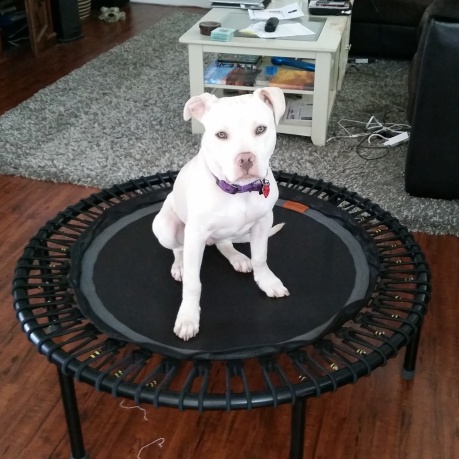 He’s turning into a pretty good dog and we love him so much.  We are such suckers. 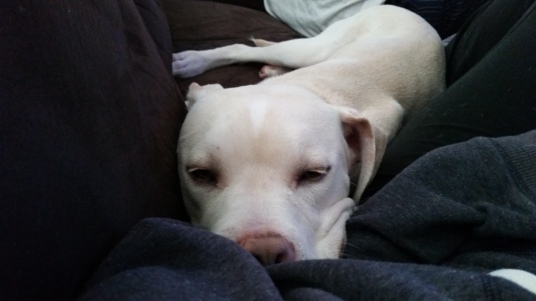 And he thinks he’s a lap dog.  He looks huge in that picture, but he only weighs about 47 pounds…I think he has a very big head. 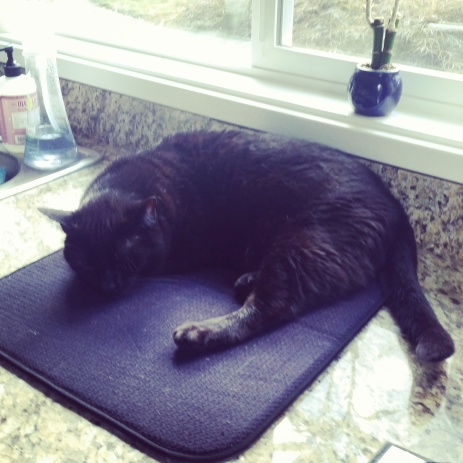 Not surprisingly, Bing f*cking hates Biff.  Even less surprising, Biff thinks they’re friends.  In order to stay away from Biff, Bing has claimed the dish drying mat (on the kitchen counter) as one of his daytime sleeping spots.  He also goes in the catio and sleeps on a perch we have in the office.  Because we’ve crate trained Biff, Bing gets the run of the house at night after Biff goes to bed and Bing usually sleeps with us.  This seems to be working well.

As I think you know, I work from home.  Both idiots (Biff and Bing) insist on being with me in the office when I work.  It’s basically a circus that involves a lot of yelling (by me), whining (by Biff), and growling (by Bing).  It’s a pretty good work environment.

We had a couple of s’mores parties and they were both a lot of fun.  I don’t really like s’mores, but I like to play with fire so it worked out well for me.  Friends came over for the first party (where I took no pictures) and family came over for the second.

Kennedy and Kaz are pretty cute .  Although, I actually think it’s pretty funny when they ARE fighting, which happens a lot (yay!).

Oh, George got to meet goats and chickens! 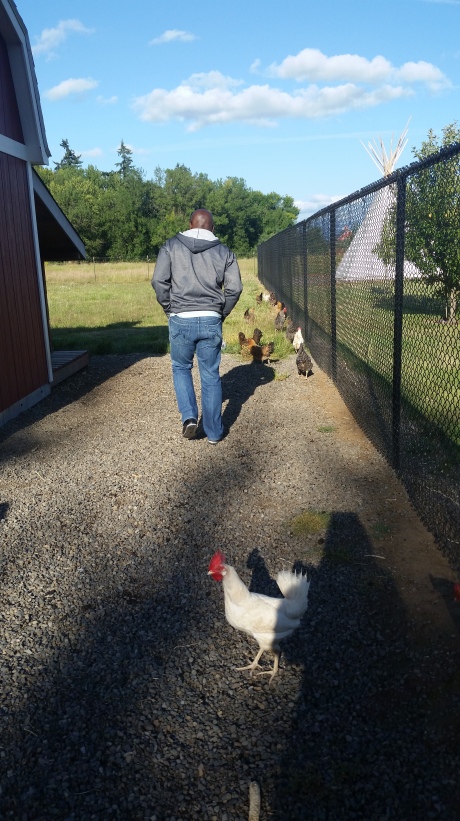 Our friends Shay and Steph (you remember them, they had the racist dog), moved to the country and now have goats and chickens!

Their house and pool isn’t too bad either! 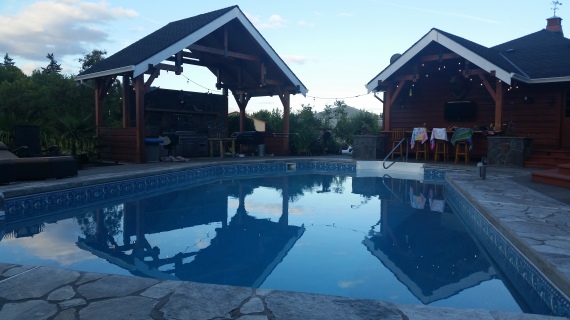 Last week, our other friends successfully reproduced so we got to spend some time with a newborn!!

His name is Jack and I’m always so amazed that humans can be so small.  And adorable.  And look like little old men.  All at the same time.  Weird.

And now you’re pretty much caught up with our summer!

2 Responses to This Summer