Last spring, Emily’s family spent a weekend at Camp Dakota.  They had such a good time that they asked all of us to join them last weekend.  And we’re so happy we did!

Seventeen of us drove to Camp Dakota on Friday night.  We rented two yurts and had nine people in our yurt and my brother had eight people in his yurt.  George and I were the first to arrive so we took some pics of the place before  everyone else arrived.

Here’s what our yurt looks like from the road/path.

And from the front: 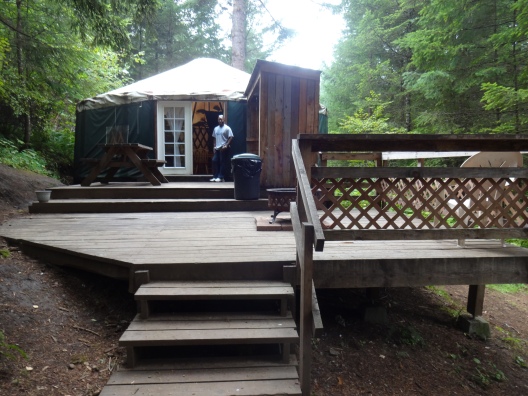 George thinks he is a supermodel and refused to get out of the pictures.  Anyway, the yurt has a lot of deck space that includes a fire pit, picnic table and BBQ (propane included).

There’s also a lot of space inside the yurt! 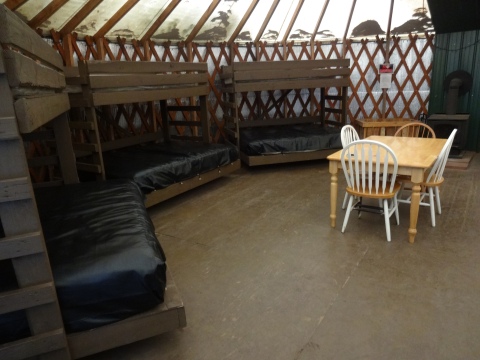 The air hockey table and foosball table were a big hit with the kids.  I guess some yurts have a pool table.  Oh and there’s also a woodstove at the back of the yurt.  Plenty of space for everyone.

George (reluctantly) agreed to  take a picture of me!  Shocking.

After we took pictures and unloaded the car, we waited for everyone to show up.  And we kept waiting.  I got bored so I built a fire. 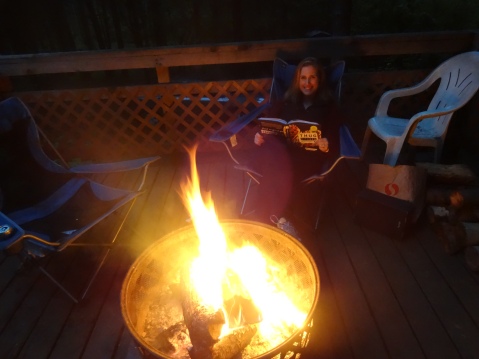 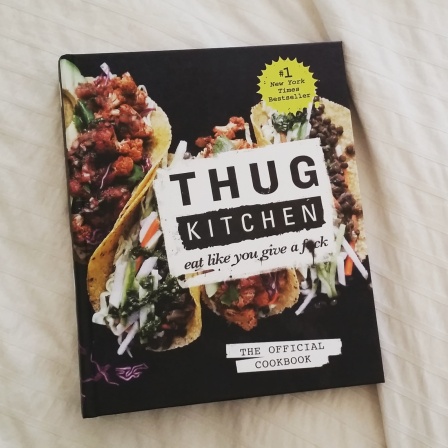 It’s amazing and I can’t wait to make all the recipes.  I’ll keep you posted on that.

Before we knew it, it got pretty effing dark, but you know what?!!

The yurt also has electricity!!!  Party time.  So it was kind of like camping, but not too much like camping.  Works for me!  But it gets better because there are so many cool activities at Camp Dakota!  Here’s a picture of the group of us that went zip lining:

All of the peeps in helmets went zip lining.  I’ll write more about that later, but, in short, it was incredible and we had a ton of fun!

This entry was posted in Family, Friends, Travel, Trophy Husband. Bookmark the permalink.