First, we are in CHICAGO visiting G’s family this week!!!  It’s been crazy and we’ve eaten so much I feel like I might die.  I will post more about our trip later.

First, I have to tell you about me playing the harp WITH OTHER PEOPLE a few weeks ago!!!  It’s been over 14 years since I’ve been part of a harp ensemble and I had a really good time. 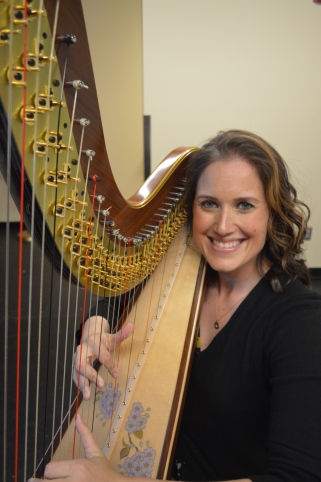 There were 9 harpists and we played 5 pieces.  It was a very, very short concert, but it was so much fun.  Most of us had never played together and we had varying levels of experience, but it all worked out and we played pretty well. 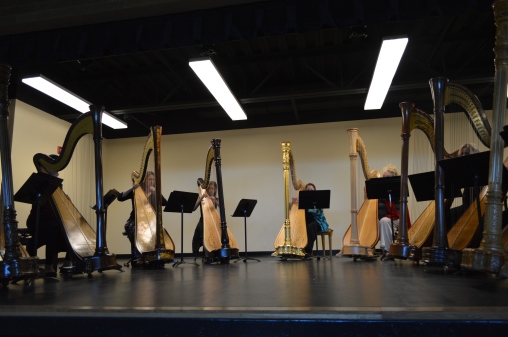 The best part was having one of my harp teachers there! 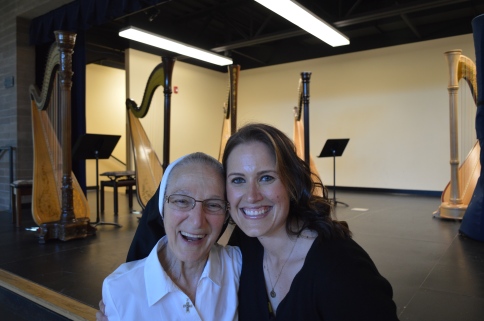 That’s Sister John Therese!  She was my harp teacher for 5 years, from 8th grade until I graduated from high school.  And she’s one of my favorite people in the world.  Surprisingly, she even likes me too!! 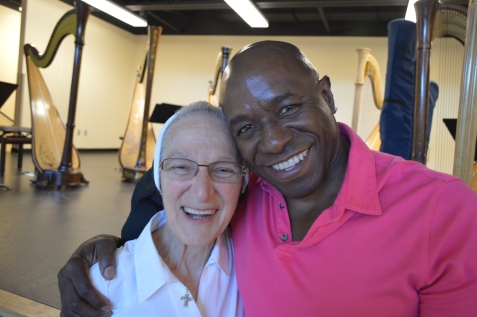 And dumb G, too.  Everyone likes him, though.

My little friend, Kennedy, came to the performance. 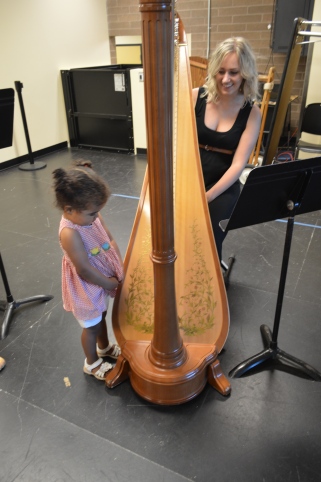 She really wanted to play on Michaela’s harp, but she was a little shy when she finally got a chance.  Don’t worry, I’m going to  persuade her take lessons when she’s old enough.  We will always need more harpists in the family!

This entry was posted in Family, Weirdness. Bookmark the permalink.

2 Responses to A Harpist