We have officially crossed into the crazy cat people realm of life.  And I’m so embarrassed.  If I had to identify as a dog or cat person, I’d say I was a dog person.  I’ve always loved cats , but I would say that I’m a dog person first.   I mean I’ve had a lot of cats in my life…Snowy, Little Red, Patches, Katty, Kelly, Thing (aka Sunny) and Bing.  F*cking Bing.  And Bing’s finally made us into crazy cat people.  Why?

Because he’s a fighter. 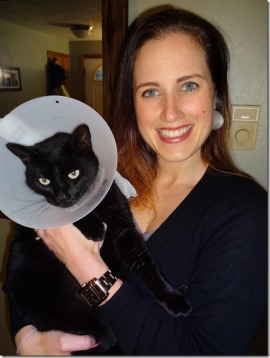 Obviously, not a good fighter, but a fighter nonetheless.  He’s had to go to the vet three times in the past six months for various injuries he suffered as a result of fighting.  It wasn’t very expensive (thankfully), but now the vet is worried that he will build up a tolerance to the antibiotics she keeps giving him.  Not good.  She said we needed to keep him inside.  And we tried, but he HATES to be inside.

After being yelled at by the vet again, I started to do some research about how to keep an outdoor cat happy and safe.  I found a lot of information about catios.  Yes, catios.  If you don’t know what that is, a catio is an outdoor enclosure for cats!  There are some really expensive catios and some you can build yourself.  I really didn’t want to spend $1,000 on a catio that I wasn’t sure Bing was going to use, so I decided to go the diy route.   I found a great and very cheap example here.

We decided it would be easiest to build the catio outside the office window:

And we started building:

We bought and used four boxes of wire cube storage (you can see one box in the picture).  It’s very easy to put together and secure.  We used a billion zip ties and I was really surprised how well those keep everything tight and together.

Here’s what it looked like after a couple of hours: 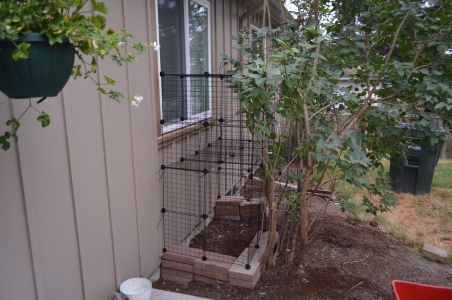 We put the catio on top of the patio pavers in order to level everything out.

We finished the catio almost two weeks ago. 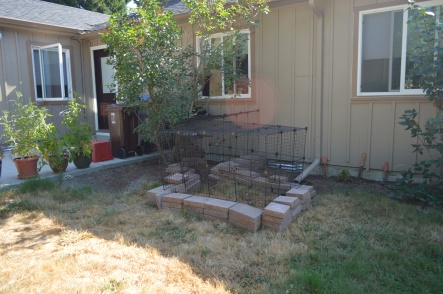 It took a while for Bing to willingly go out the office window to the catio but he’s now going out there a lot.  And sometimes he even rolls around in the grass! 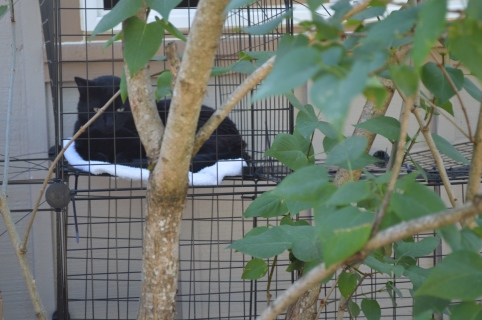 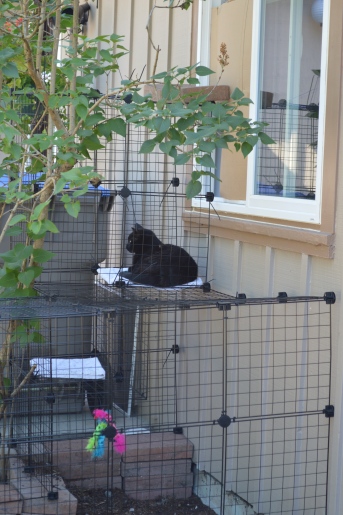 We are planning on putting a cat door in the screen so Bing can go in and out whenever he wants…for now we just have some gorgeous cardboard blocking the window so he can’t climb over the catio.  Classy.  The best part about this type of catio is that it’s not permanent and you can put it together however you want!  I didn’t think Bing would like sitting on the shelves because he’s always in the dirt.  Now, it looks like he likes being elevated so we may add a longer bench for him.

It may not be the prettiest landscaping, but it’s better than looking at this all the time: 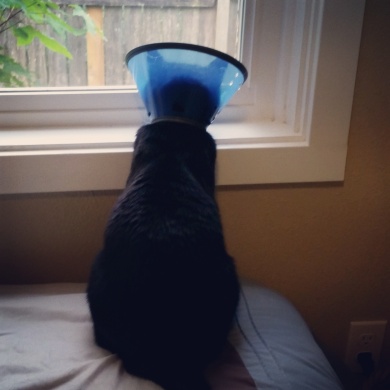 This entry was posted in Creatures, House, Weirdness. Bookmark the permalink.