Now that I’m not working as much I’ve had some time to actually get some sh*t done!  First, I attempted a little sewing.  I wanted to put something on our chairs so Bing’s hair wouldn’t get all over them.  I started with some memory foam: 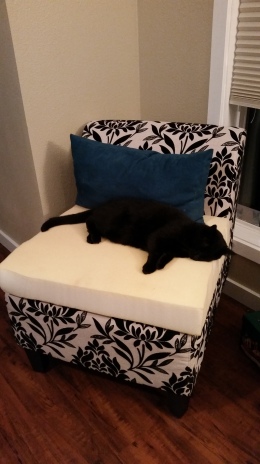 I thought it would be easy to make a cushion that we could remove whenever we had people over to the house.  Good idea, right?  So then I found some fabric: 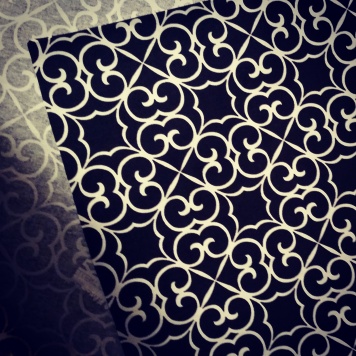 I cut out enough rectangles to make two cushions.  I didn’t measure anything because I hate measuring.  I just put the memory foam on the fabric and cut around it.  Brilliant.

I sewed all the little patches together AND IT WORKED!!!

And Bing loves it, too!

I don’t think I’ll be sewing my own clothes any time soon, but I’m pretty much an expert at sewing  very straight lines.

This entry was posted in Crafting, House. Bookmark the permalink.