Kind of a Kennel

At 6:45 am this morning, my sister dropped off this wonderful dog: 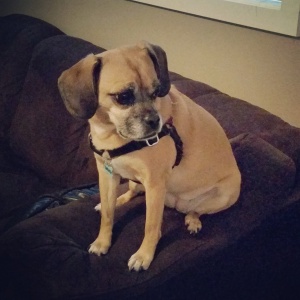 And yes, Bailey’s still looking for her brain.  Bing was not amused: 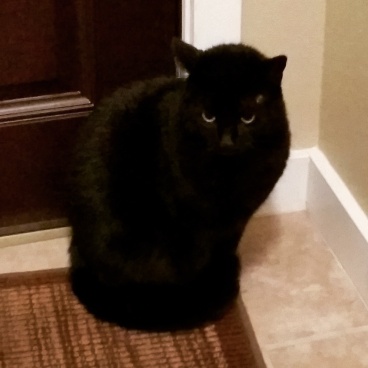 You can’t really tell in that picture, but Bing is very puffed up and pretty much wanted to scratch Bailey’s face off.

After putting Bing in the bedroom with George, Bailey hung out in the living room while I worked in the office.  I thought everything was okay.  Obviously, I forgot Bailey still doesn’t have a brain.  She peed about a gallon of pee on our couch.  We are no longer friends. And now I want to scratch her face off.

Thankfully, my mom picked up Bailey about 30 minutes later.

About an hour after that, my uncle dropped off Buster!  I have no idea what kind of dog Buster is, but I’m pretty sure he has a brain. 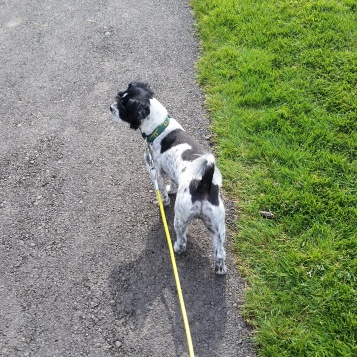 Buster’s going to spend the week with us next week so we thought we’d do a trial overnight tonight just to make sure he isn’t completely freaked out.  We’ve only spent time with him on two occasions so I don’t mind testing it out a night before a week long experiment.

And we love Buster.  He likes to watch March Madness and HGTV! 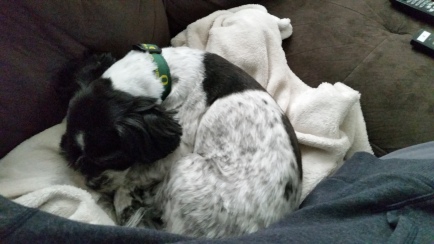 I guess he’s not actually watching, but sleeping is just as good.  As long as he doesn’t bark and pee all over everything, we can handle him.  Buster is a winner!

Want to see another winner? 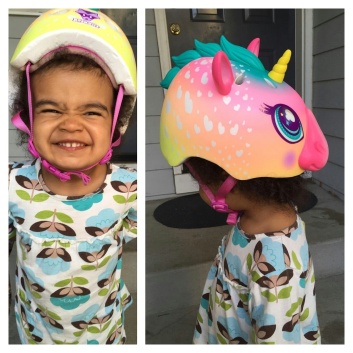 Kennedy put on her helmet all by herself.  It’s backwards.  My sister said she’s insane.  I think she’s incredible.

This entry was posted in Creatures, Family. Bookmark the permalink.

2 Responses to Kind of a Kennel