Sad to say, this is (probably) my last post about our trip to San Francisco.  It’s pretty random, so here goes nothing!

First, a few more pictures of the house.  This is the “attic”…I love it!

It opens out to a rooftop deck: 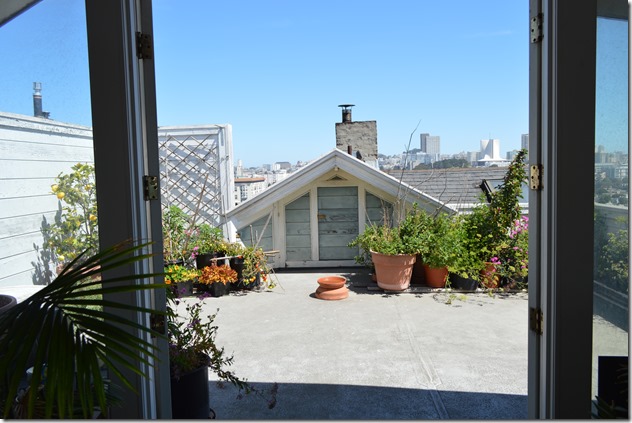 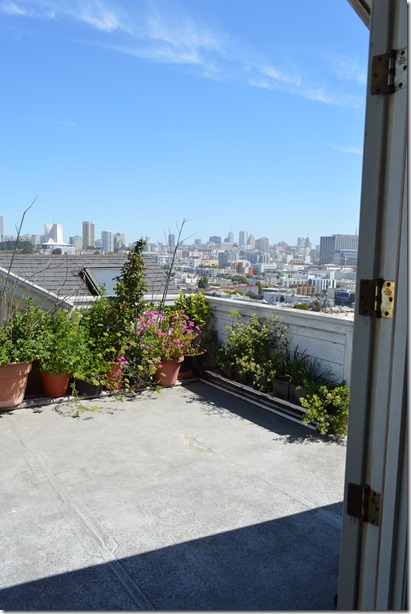 And on the main level, there’s also a dining room: 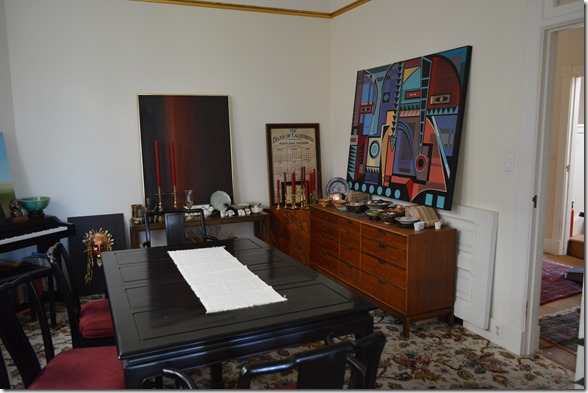 That’s open to the living room: 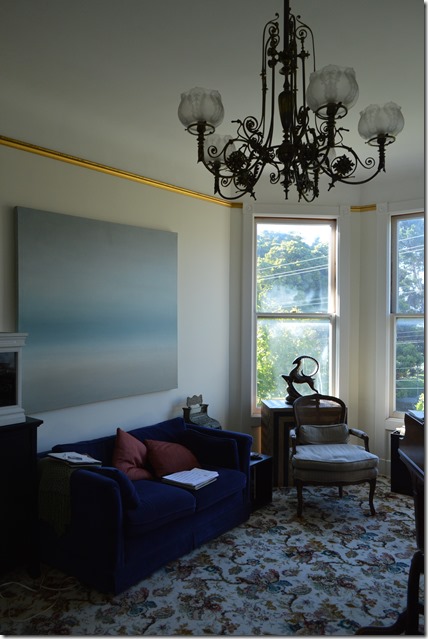 Uncle Daniel made a lot of the art hanging on the walls, including that gray and blue one above.  Pretty cool.

And how about this apple tarte tatin?

Daniel and I made this for Candi, it’s her favorite dessert. 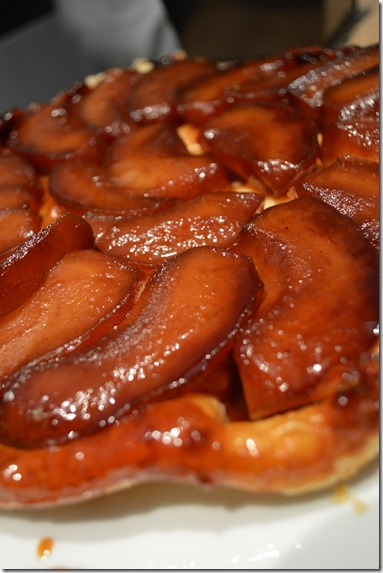 Fruit desserts aren’t normally my thing, but I managed to cram this into my face pretty damn fast.

And speaking of Candi, we shoved candles in the leftover anniversary cake so we could have a real birthday celebration for her. 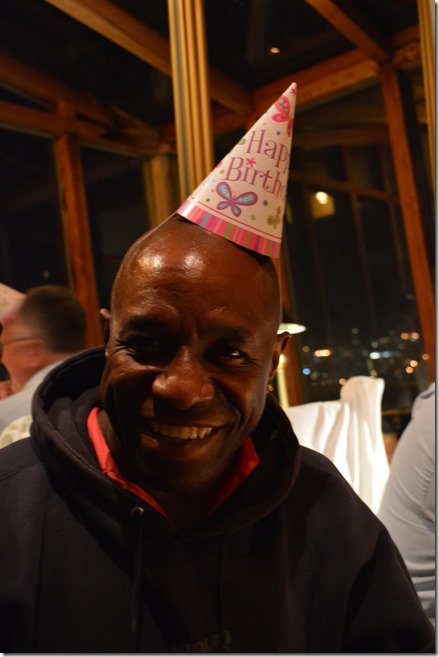 He thinks he’s so cool in his butterfly birthday hat.

It was also Pride Weekend when we visited, and George and I were excited to attend the Gay Pride Parade Sunday morning.

I lost my sunglasses the day before so I wore a cool visor.  I also planned on wearing a zip-up hoodie, but Uncle Daniel said that would be too hot so he gave me a men’s button-down shirt to wear.  It was perfect.  Uncle Daniel-39, CTW-0.

The parade was fun and the people-watching was so.good. 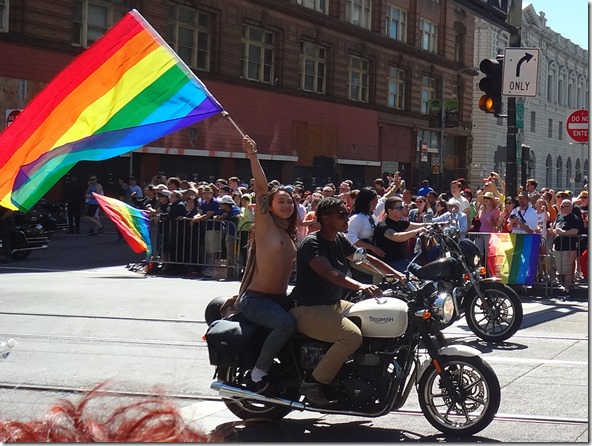 It’s okay to stare (and take pictures) at a parade.  We lost some of our pictures (sad), but we even got to see a few political celebrities in the parade!!  Nancy Pelosi leads the parade every year (very cool) and we saw Barney Frank and Lt. Governor Gavin Newsom, too.  George was dying.

Finally, for our last breakfast together, Daniel and I made some biscuits:

Cut up some strawberries: 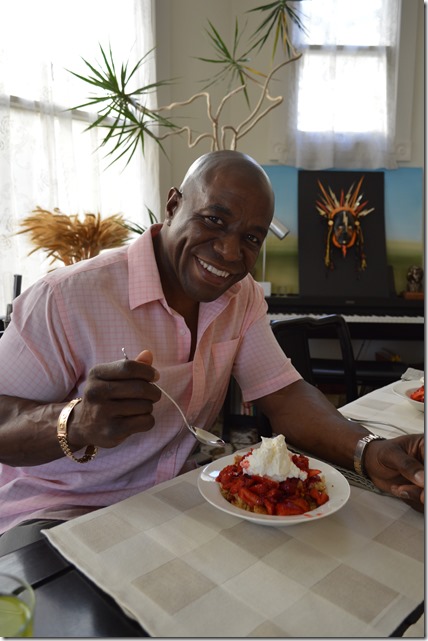 Every day should start with strawberry shortcake.

A few people have asked for recipes so I’ll do my best to post some of those soon!!