Uncle Daniel and I spent hours in the kitchen together when G and I visited San Francisco…and it was so much fun.  First, the view from the kitchen was unbelievable. 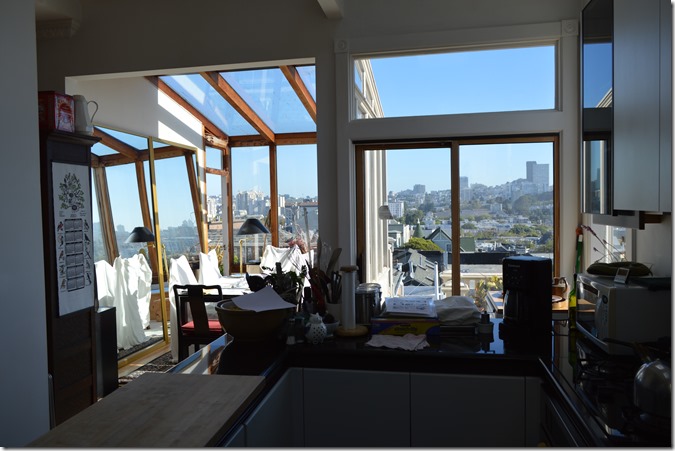 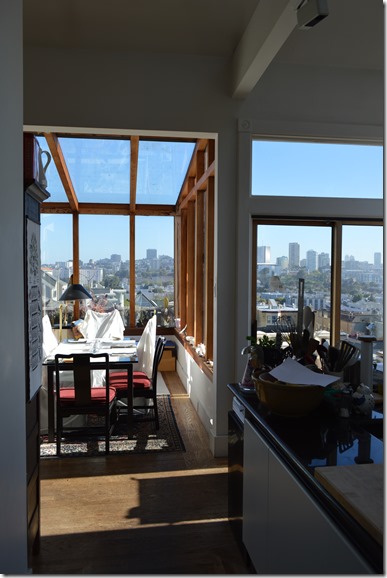 There’s a small dining room off the kitchen and a more formal dining room down the hall.  We had most of our meals here: 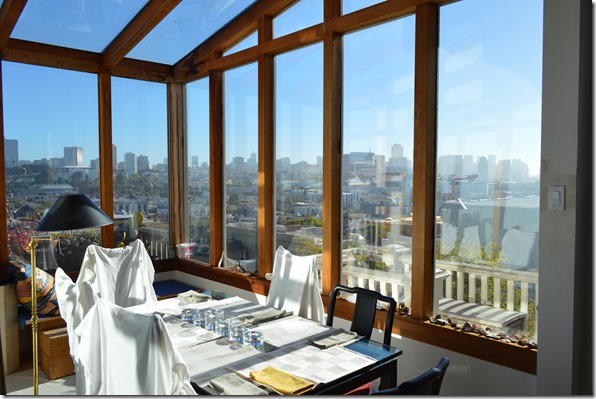 And pretty much everyone hung out here throughout the day.

We made a few cakes that weekend.  On Saturday morning, we dined on apple cake.  I didn’t take any pictures of the process (or the finished cake), but I do have about 50 of us glazing the cakes. 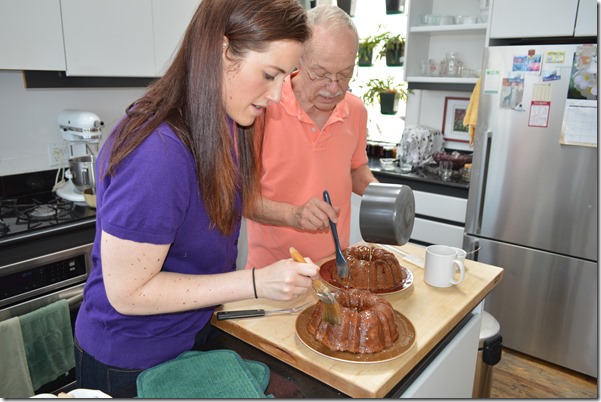 Apparently, I was having a good time: 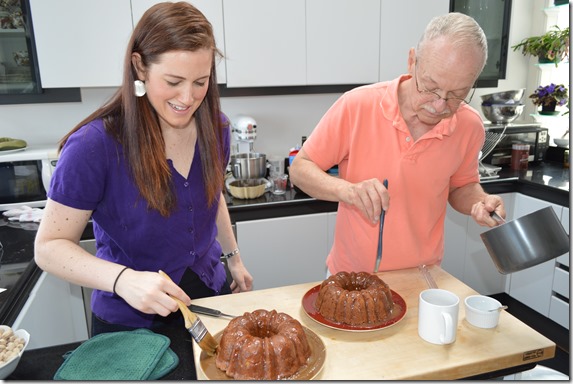 Once we got the cakes glazed, it was time for a small group photo. 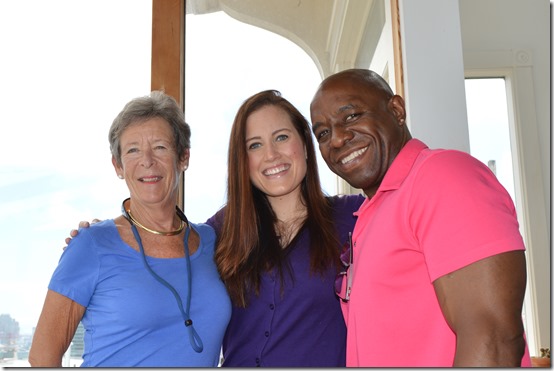 After fueling our sexy bodies, we went to the Ferry Building Farmers Market to pick up more food!! 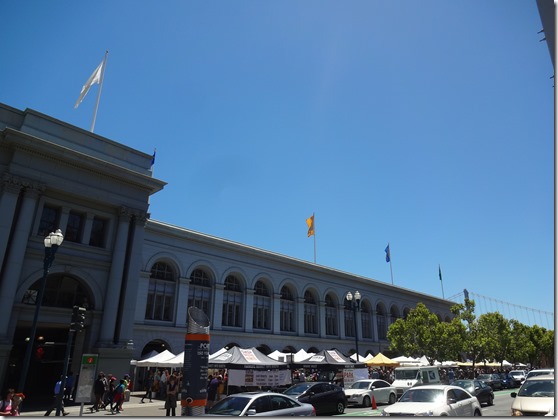 There were a ton of people and so many booths.  And samples.  I ate about 10 pounds of peaches. 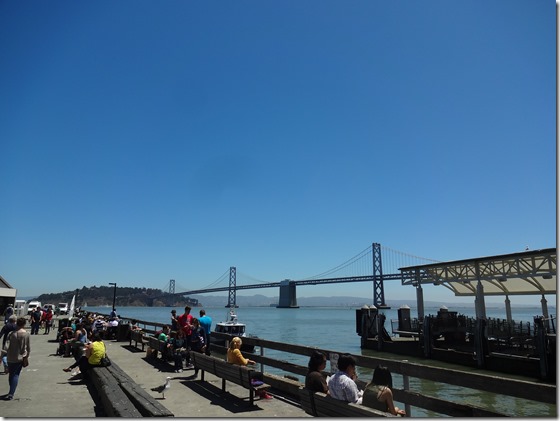 And we were right on the water.  Beautiful.

We were having a birthday dinner that night for Candi so we had some very specific ingredients to pick up: salmon and lamb.  We also bought about 10 containers of strawberries for…strawberry shortcake.  Anyway, we went inside the Ferry Building to look at the seafood and meat: 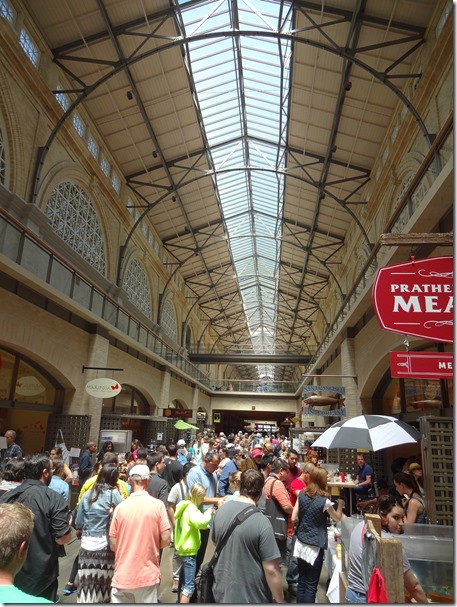 And it was crowded.  George didn’t really notice, though, because he was too excited about getting his picture taken here: 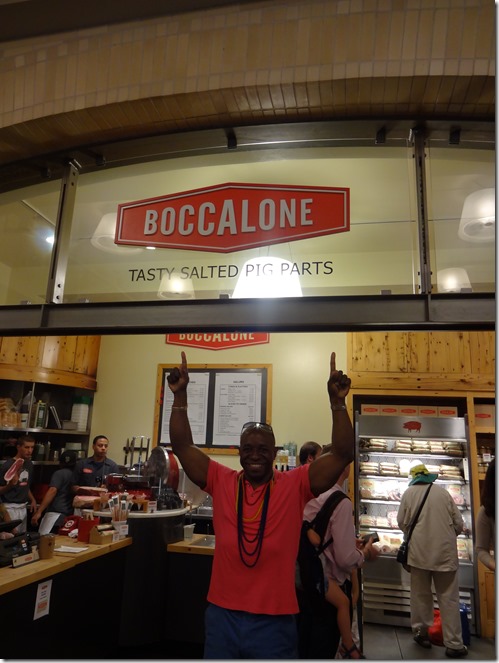 I don’t really understand why G was so excited to take his picture with this sign, but sometimes it’s just easier to take the dumb picture than to ask why.

After we finished at the market, we walked about 50 miles through downtown.  G took about 400 photos of buildings.  I will share one. 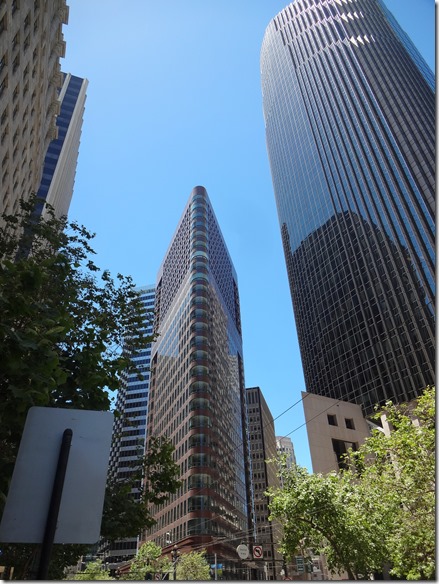 Once we got back to the house, Daniel and I got started on dinner. 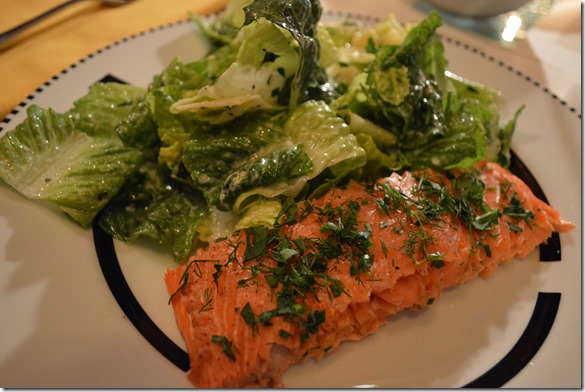 Salmon and caesar salad with homemade dressing.  That was my plate and it was so a-f*cking-mazing. 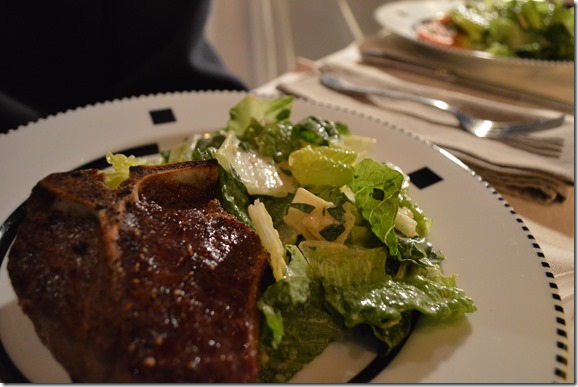 This was G’s lamb.  According to the guests, it was also incredible.  And after dinner, we ate…cake!! 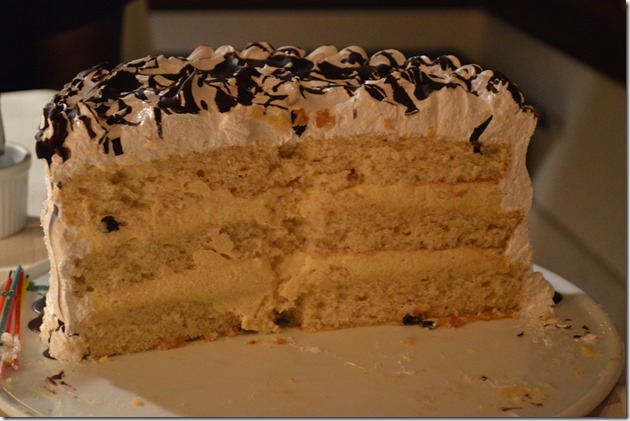 This was the half that was left-over from the night before and it was just as good the second night.  There were two pieces left after dessert, but G plowed through those as soon as everyone said they were done.  Go G.

This entry was posted in Eating, Family, Travel, Trophy Husband. Bookmark the permalink.

2 Responses to In The Kitchen