This might be a total fail, but I’m still trying to decide.  It started when I found this image on Pinterest: 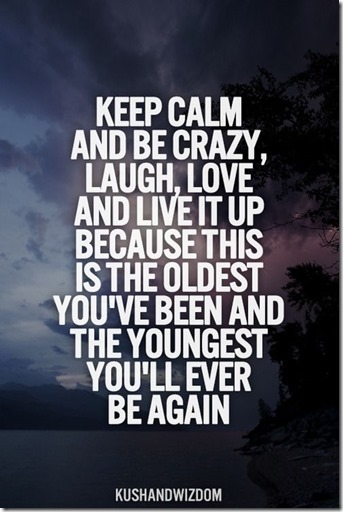 I’ve seen tons and tons of things just like this, but, for whatever reason, I really liked this one.  Maybe it’s because I married an old guy, maybe it’s because I’m not so young anymore.  I just liked it.  So I decided it was time for a craft project.

I bought a big canvas, paint, stencils, scrapbooking paper and mod podge.  I ended up having to cut the f*cking letters out with a razor blade.  I chose a shade of purple for the background because purple is G’s favorite color.  I know, I know.  It’s a miracle some idiot married him.

I had a mild coronary when I had to start gluing the letters to the board because, while I want everything to be straight and perfect, I refuse to use a ruler or any sort of measuring device.  I just eye-balled that dumb thing…and that’s why I’m not sure about how it turned out. 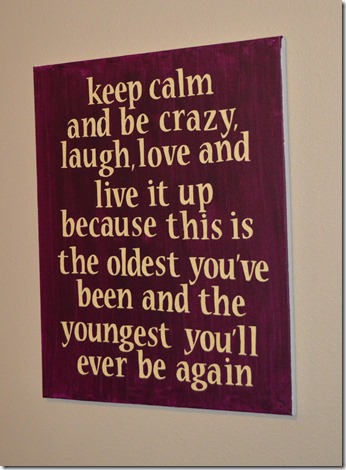 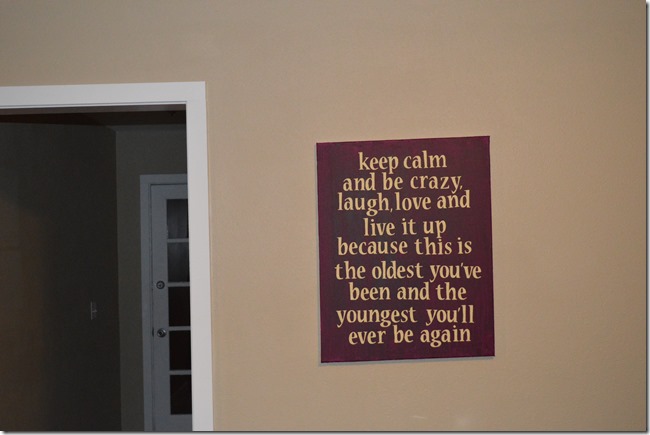 As you can see, it’s a bit jacked up.  I’m living with it for the next week, though, to see if I can get over it.

I also parked this bad boy in front of it…. 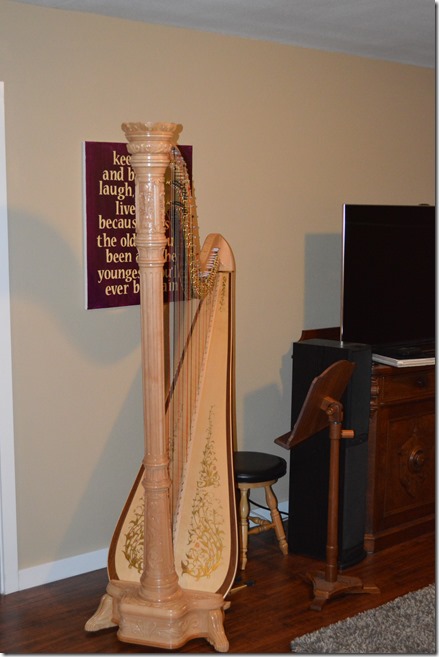 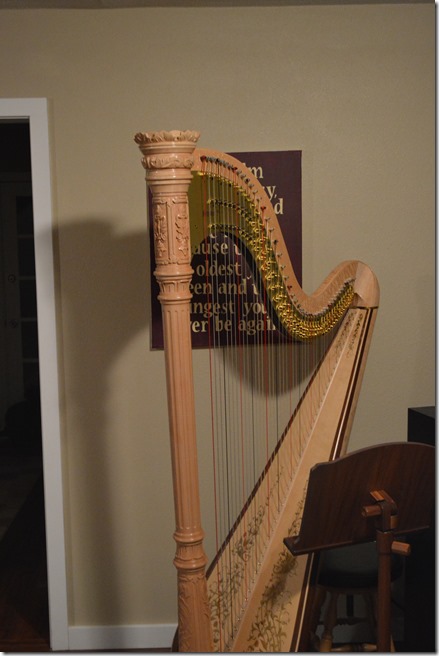 and I think it really helps!!

Aside from the spacing and straightness issues, it’s almost a little too nice for me.  I mean, I have a coffee mug that says “I’d rather be anally raped”.  This doesn’t really go with that.

This entry was posted in Crafting, House. Bookmark the permalink.