We took a ton of pictures so I’ll skip most of the writing…yay!!

First, we had to properly fuel: 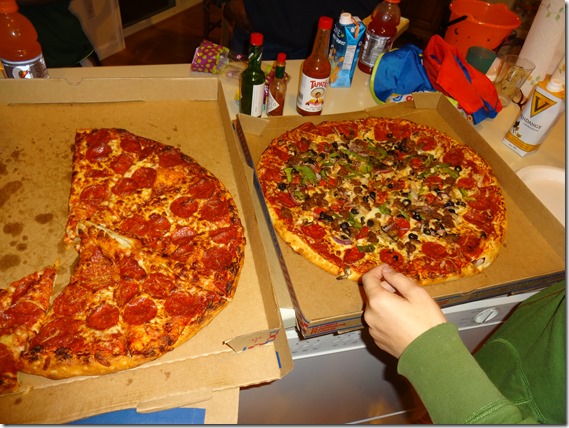 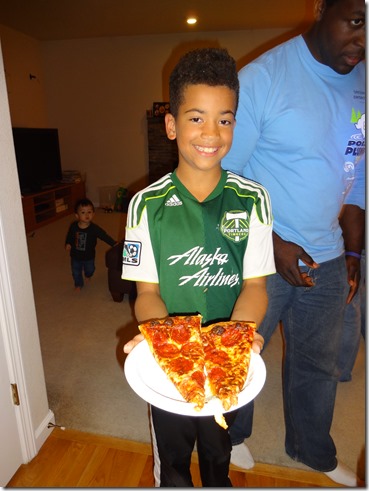 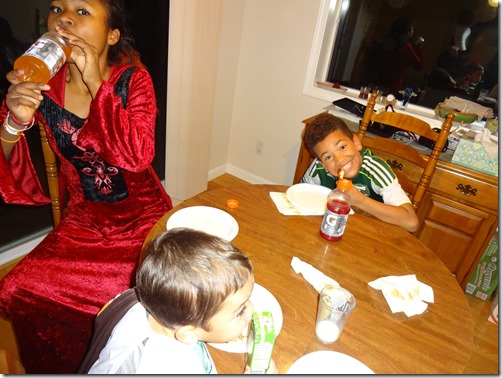 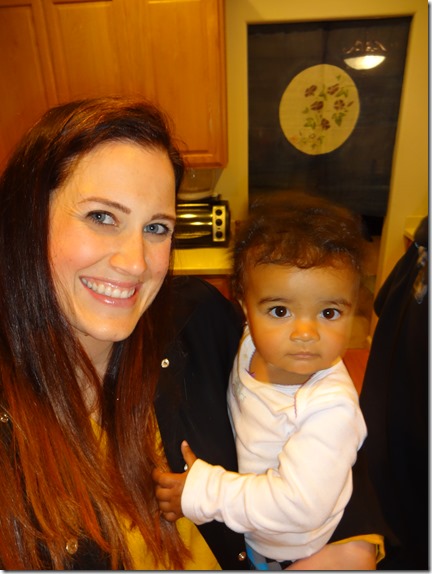 Once fueled, we got the kids costumed-up! 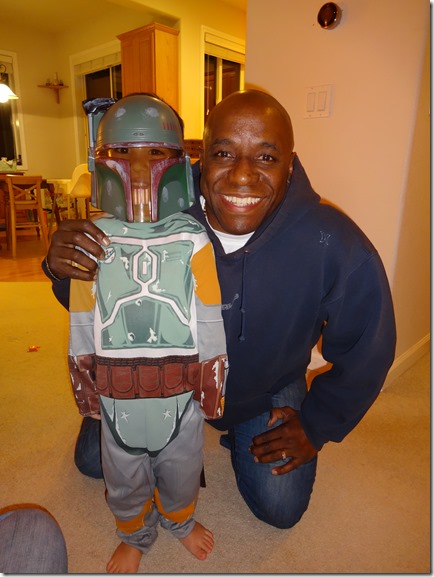 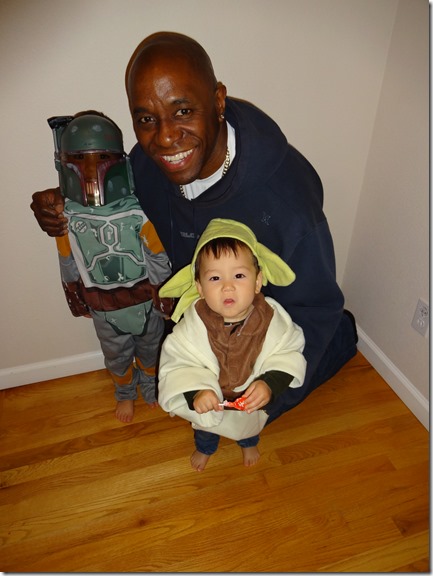 Kai went as Boba Fett and Kaz went as Yoda….fyi, both are characters from Star Wars.  (I had no idea what Kai was talking about when he said Boba Fett, no idea.  My brother was so disappointed.)

Toya had a great costume! 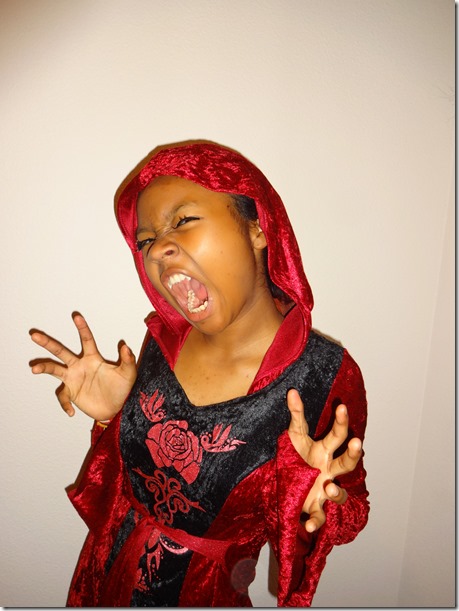 I really love the fangs. 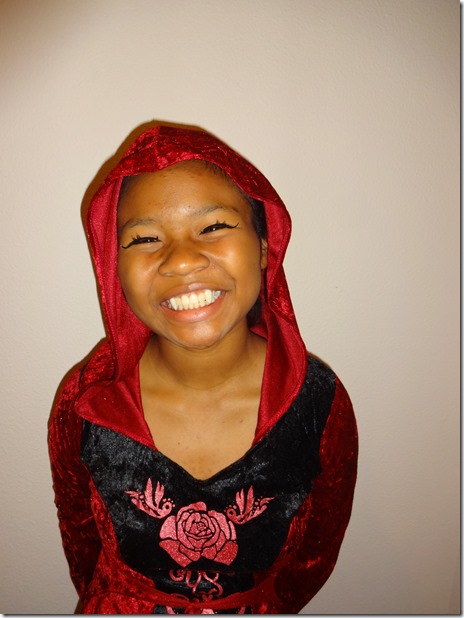 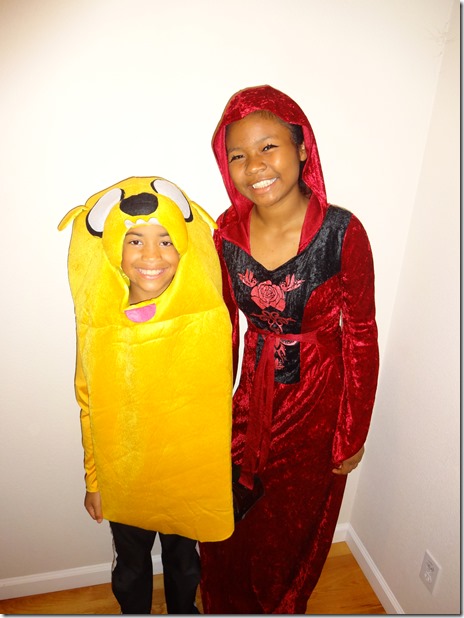 Elijah went as Jake the Dog from a tv show called Adventure Time (I had to Google that one).

We also had a leopard with us: 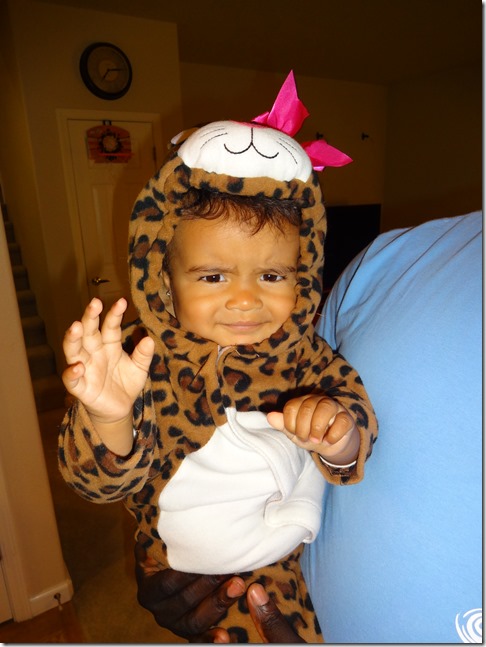 We tried to get a picture of all the kids together and this one was the best: 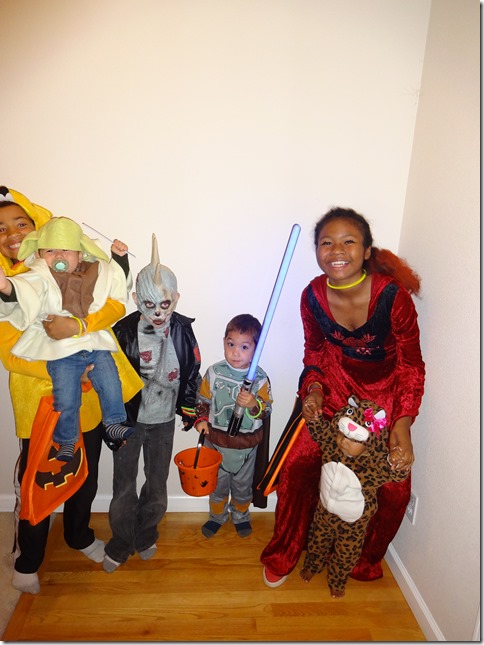 The zombie kid is Aiden, he’s a friend of Toya and Elijah.  Also, his eyes were totally freaking me out.

We finally left the house and Yoda led the way: 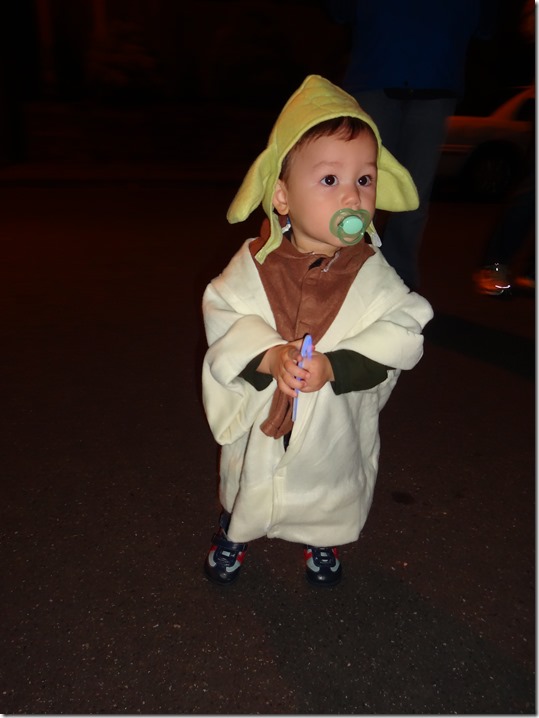 G and I carried babies for most of the night. 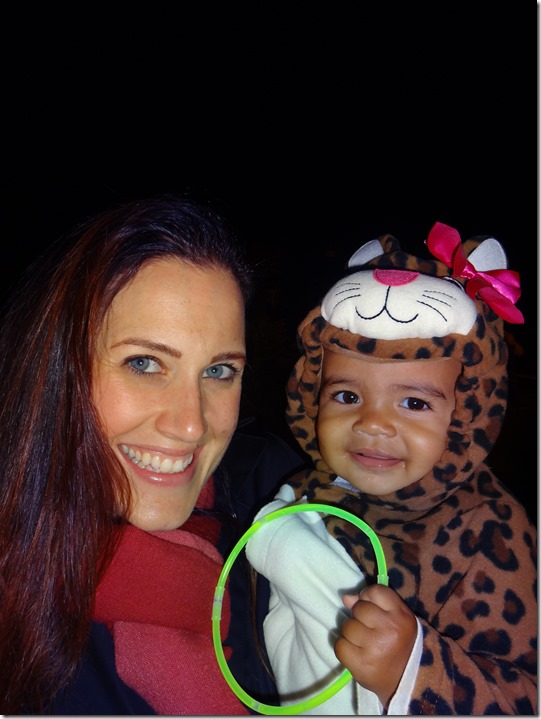 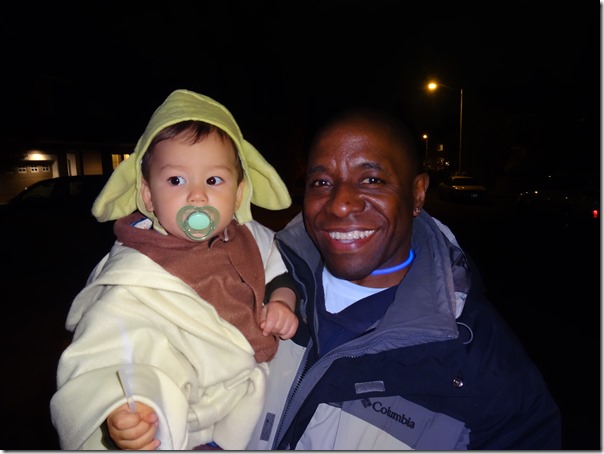 We were like a parade going down the street… 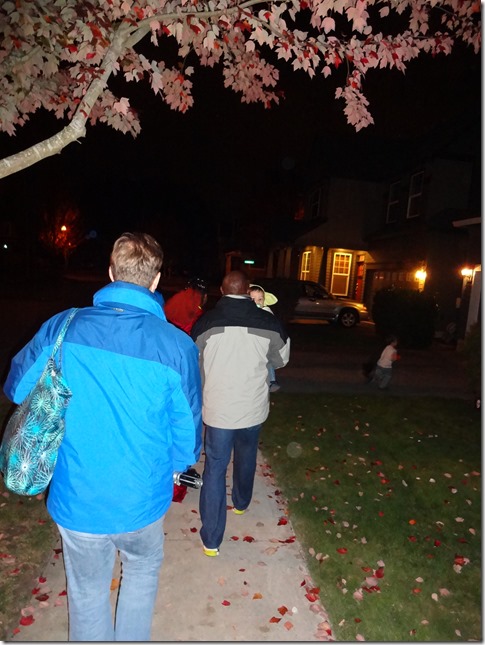 And my brother got stuck carrying the girly kid bag…ha ha Jeff! 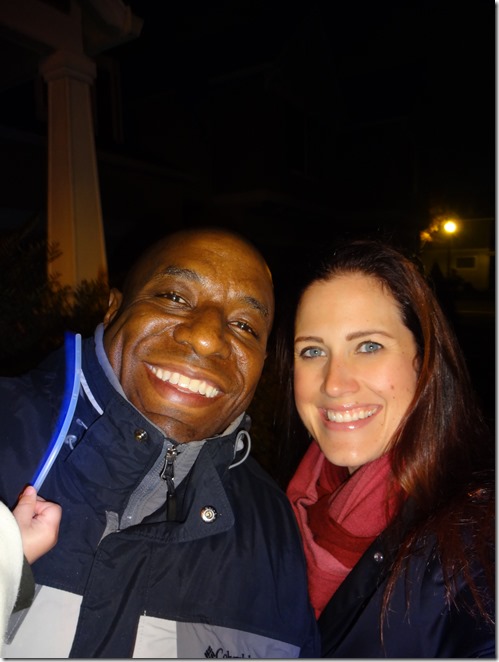 When we got back to the house, the kids inventoried their loot: 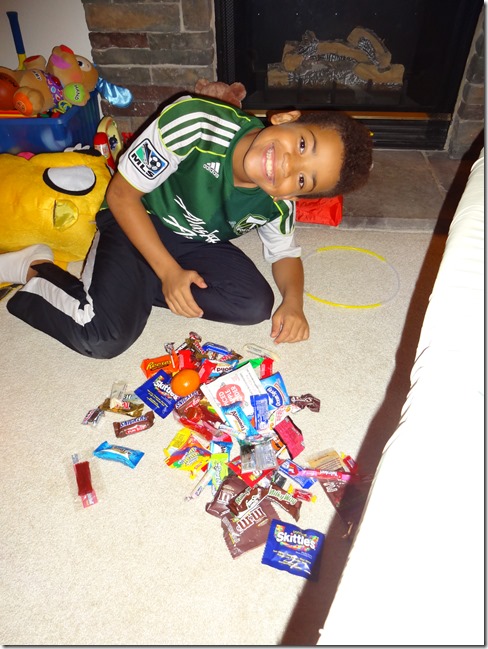 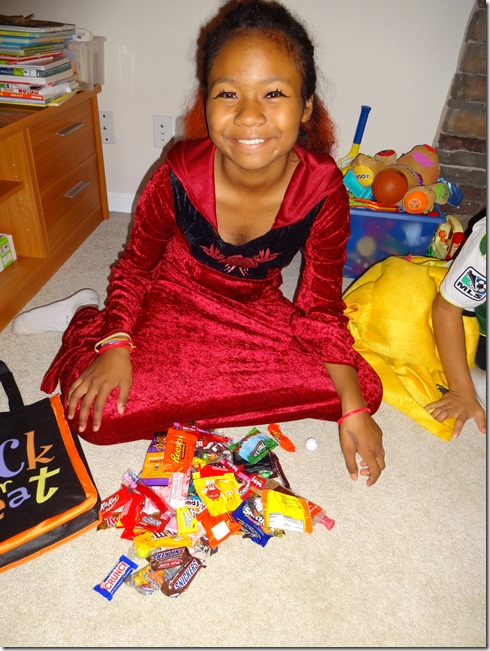 Hope you all had as much fun as we did!!