As you might have guessed, George and I are the coolest Uncle and Aunt in the world.  Last night, we took Toya and Elijah out!! 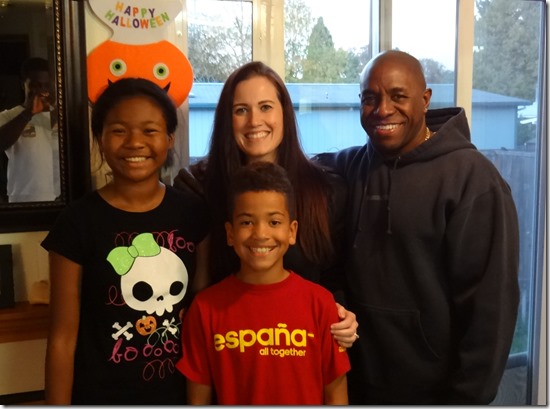 In September, I bought a Groupon for four tickets to the haunted house called Four Horsemen. 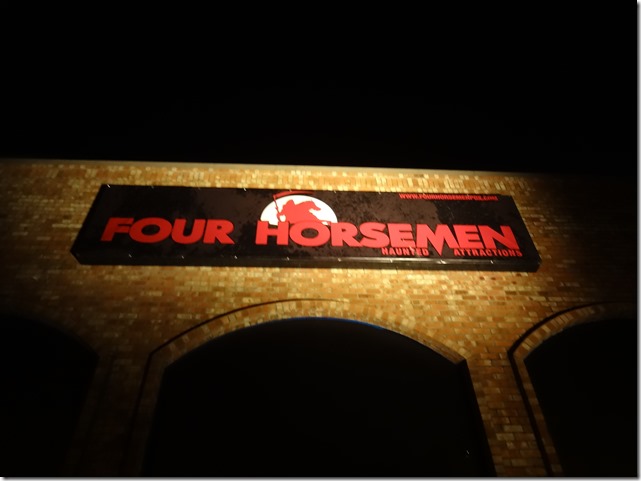 I don’t think I’ve ever been to a haunted house so I was both scared and excited.  In order to get the kids hyped up on the drive, I gave them some candy!! 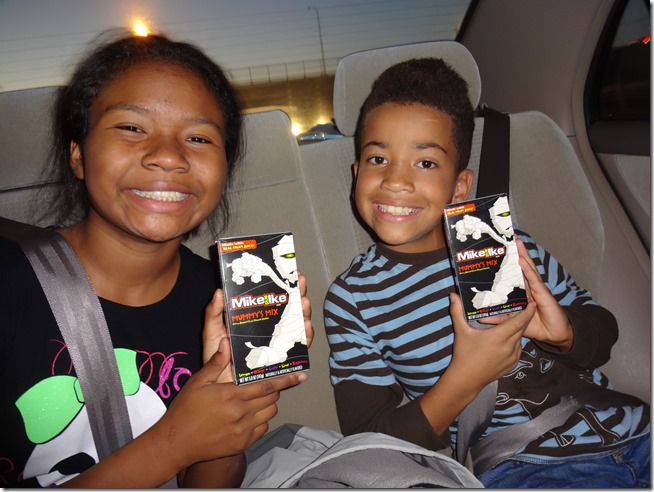 They were excited.  I think Elijah finished his before we even got there.  My kind of kid.  I thought the mummy’s mix would be something different, but they were just regular Mike & Ike’s.  Oh well.

One of favorite parts of the night was listening to the radio with these two.  Toya constantly asked me to change the station (fortunately, I already had the stations set and we listen to the same music…go me!) and they would both sing all the songs.  Then Katy Perry’s song I Kissed A Girl came on.  Toya and I were both singing along and then I heard Elijah say:

“Is this the song where she tries being a lesbian?”

I don’t even know what I said.  I just started laughing.  Oh kids.

So we got to the haunted house.  Apparently, when I get scared I scream and then laugh a lot.  At the end, we were able to take some pictures!!! 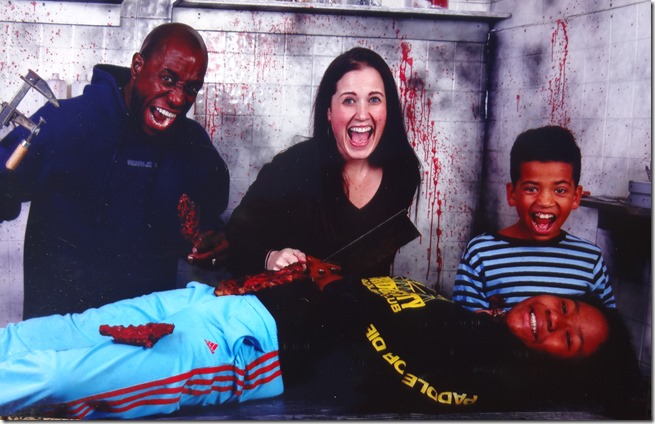 I look scared and I’m pretty sure Toya wouldn’t be smiling if we were cutting her up. 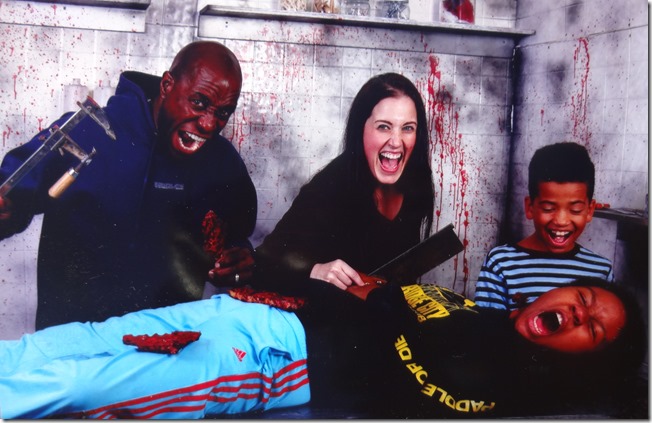 That one’s a bit better.

Anyway, all of it was fun.  Then we took the kids to frozen yogurt. 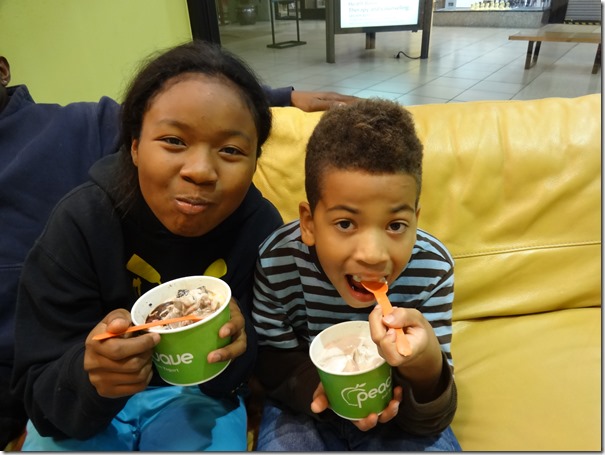 And those damn kids totally tag-teamed us.  They immediately started filling up their cups and I couldn’t keep track.  I was yelling at both of them.  George wasn’t even paying attention (per usual).  I told Elijah (as he was about to add his 3rd flavor of yogurt) that he could have the 3rd flavor or get toppings, but not both.  He chose not to get toppings.  I cut Toya off from getting more frozen yogurt and told George to watch her with the toppings.

After we sat down to eat, I looked at Toya’s bowl and asked if George watched her put on the toppings.  She said “no” and started laughing.  Perfect.  He’s such a great babysitter.

This entry was posted in Family, Trophy Husband. Bookmark the permalink.

1 Response to The Coolest