Last night, George and I crashed a dinner party.  Actually, we managed to get an invite.  I know, we were surprised too.  It was a small get together with only 6 people, but with George talking (very loudly) it sounded like there were 40.

Jeni and Jon hosted the party and it was potluck-style.  Jeni made some amazing and rather spicy chicken soft tacos.  G and I were way too excited about them: 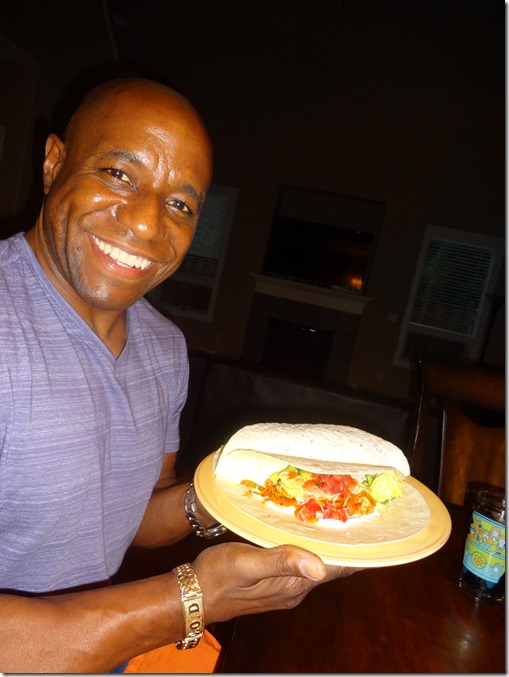 I didn’t take that many pictures because, well…it gets to be kind of creepy.

I managed to take a picture of these idiots really nice people enjoying the dessert I made: 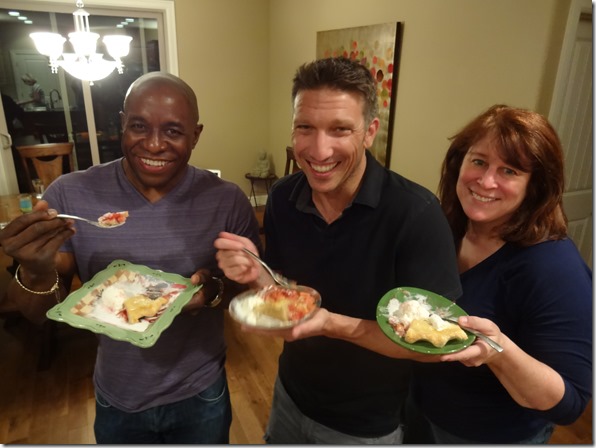 1. Why does George’s waist look so small? I hate him.

5. Putting fruit in a dessert is against my made-up religion.

7. I will be writing a post about the pie…apparently I can make pie!  Who knew?!!

9. I really enjoyed watching George eat half the pie by himself.

We had so much fun, laughed a ton, watched a few YouTube videos (someone didn’t know what twerking was <— that was fun to watch), ate our brains out and stayed almost until midnight <— also against my religion.  Wow, we are party animals.

Hope you’re all having a great weekend!!

This entry was posted in Eating, Friends. Bookmark the permalink.