On Saturday, we invited a bunch of family over for a little brawl.  It was a potluck brawl so we didn’t have to do that much prep.   I did some baking:

Jon did a little arranging: 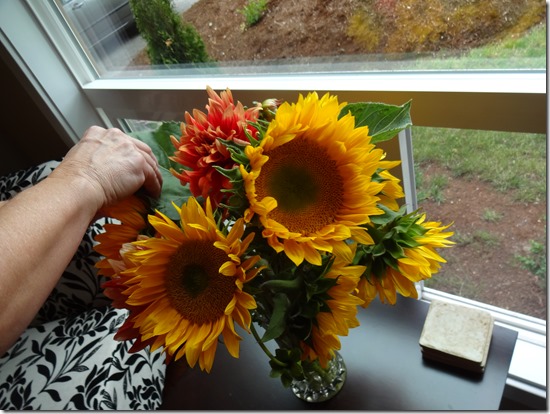 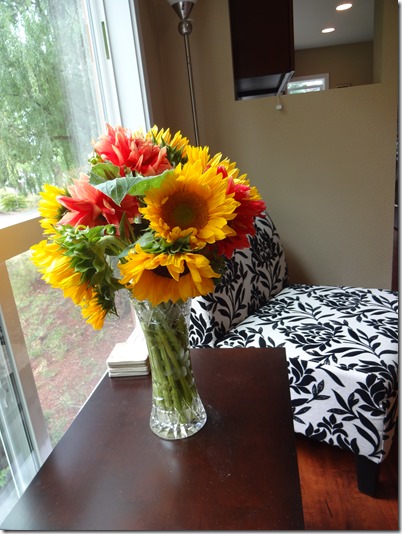 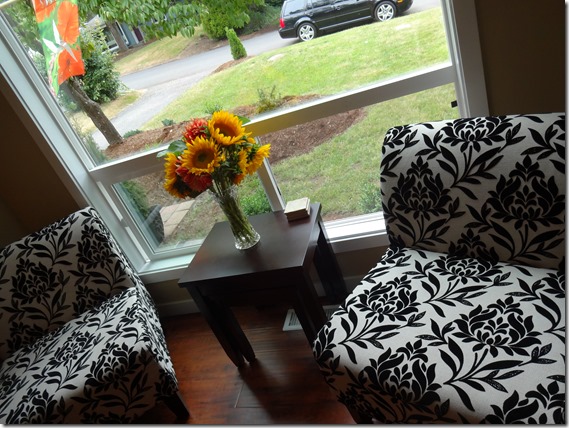 But we had one sunflower we weren’t able to fit in the vase:

Jon cut it short and placed it in a small bowl in the guest bathroom.  How cute is that?!!!

George spent most of his time outside: 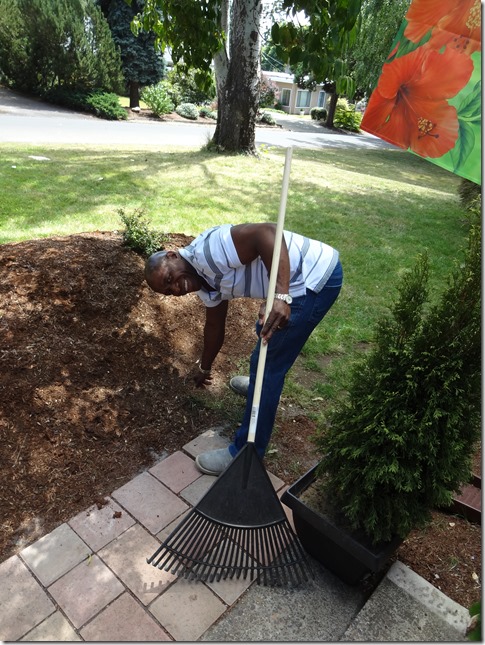 And then people started to show up!!!

George and our niece, Kennedy:

Our nephew, Kai, and niece, Toya: 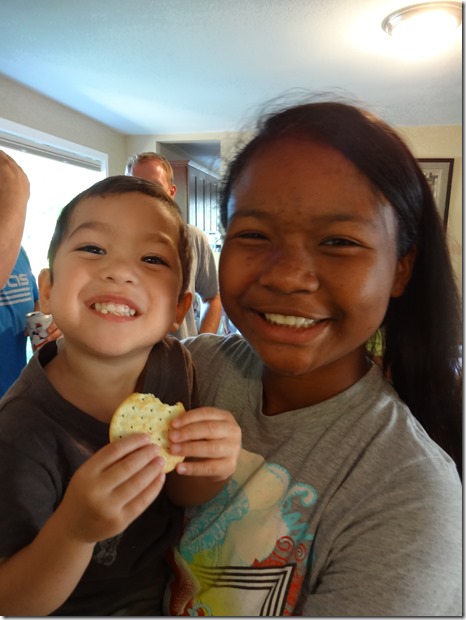 George with the cousin of my cousin, Taylor.

Nephews, Kaz (pronounced like Cause) and Kai, Kennedy, my sister and her husband…and a photobomb by my sister-in-law’s dad, Mitsuo.  Are you confused yet???

It’s good to have the nephews back in town:

Oh and there was drinking!  My dad spent all week making pineapple vodka for pineapple martinis.  He soaked fresh pineapple in vodka for three days.  It soaked in this beautiful thing:

Once it was done, he kept it cold in the freezer.  When it was time to make drinks, dad mixed the alcohol with simple syrup in a martini shaker.  Apparently, it was amazing:

And you see the glowing ice cube???  Well… 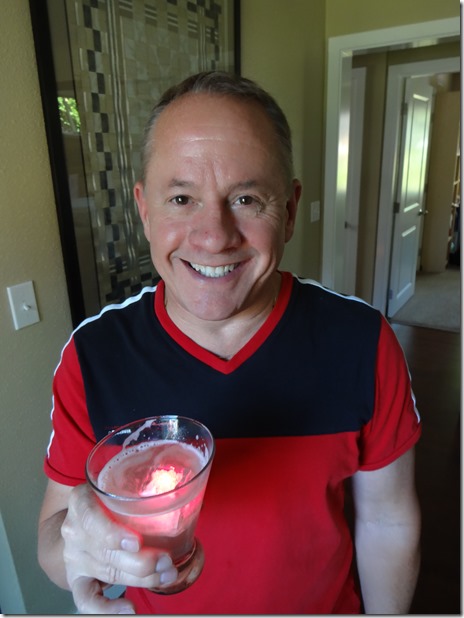 Thanks for being an excellent drink model, Jon!!!

So that’s some of the prep and some of the players from the family brawl.  There are quite a few more pictures, but I’ll save those for tomorrow.

This entry was posted in Eating, Family. Bookmark the permalink.

2 Responses to The Party