Because I’m a horrible person, my new goal is to try to make everyone fatter than me so that I look skinny.  I think that’s easier than actually losing weight.

To help meet this goal, I made some amazing cinnamon roll crescents on Mother’s Day.  These might be even easier to make than the No-Bake Cookie Bars.

I started with refrigerated crescent rolls:

Spread a mixture of butter, sugar and cinnamon on top:

And rolled them up: 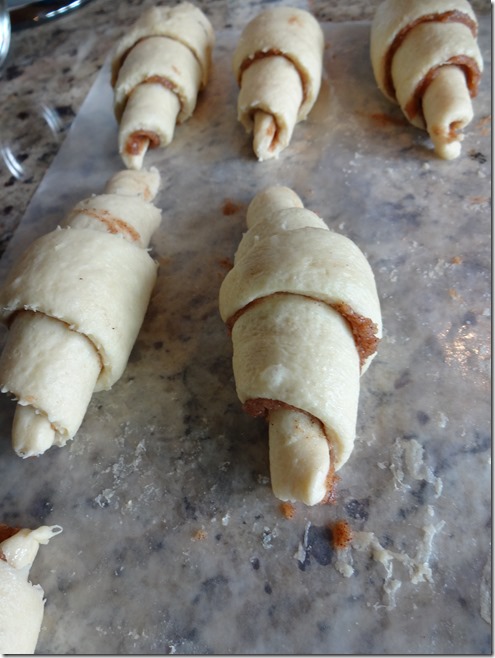 And the house smelled amazing.  Like one big, giant cinnamon roll.

But then it got even better.  Because I added frosting!!!!! 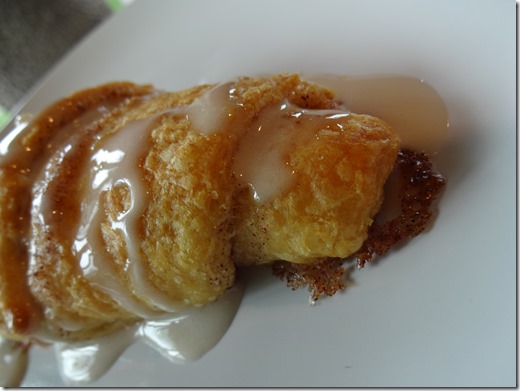 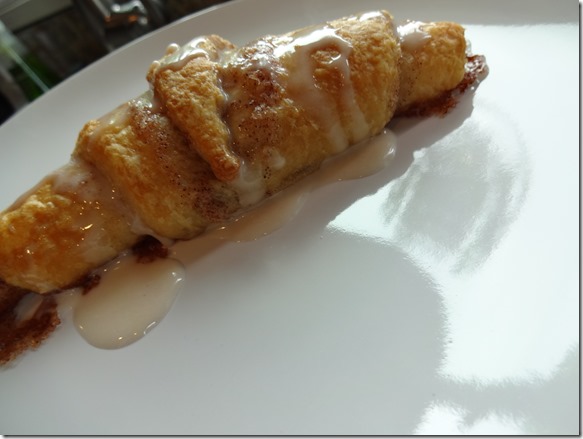 I’ve seen a recipe for a savory version of these where you use cheese and ham instead of the cinnamon/sugar combo.  I think those would be delicious as well.

I apologize for hoping that you get fat, but it doesn’t look like I’m going to find willpower anytime soon.

This entry was posted in Baking. Bookmark the permalink.

2 Responses to My New Goal