Time for a Track Meet!

And no, I did not participate.  It was a middle school track meet (at a high school): 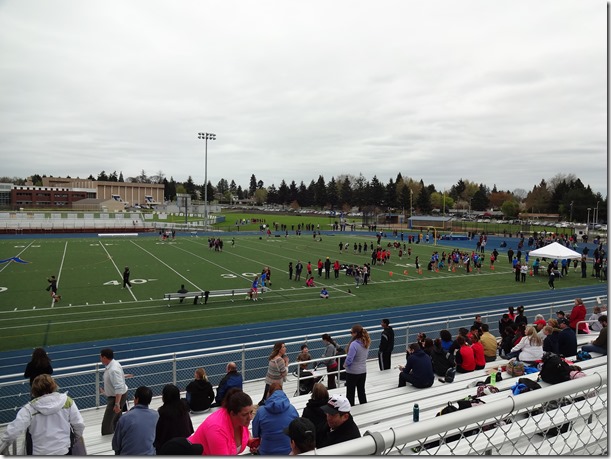 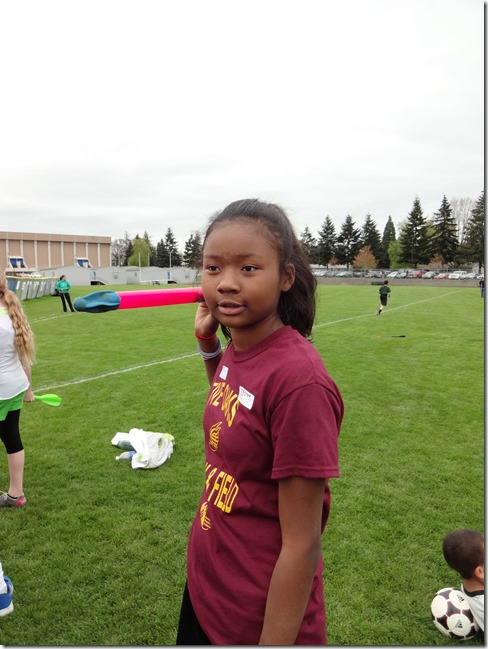 That thing she’s holding is called a TurboJav.  I thought they were saying “TurboJab” so that’s what I called for about 2 hours.  Whoops!

My sister, Emily, and her husband, Jamison, are both coaches for one of the middle schools so they were busy acting very official. 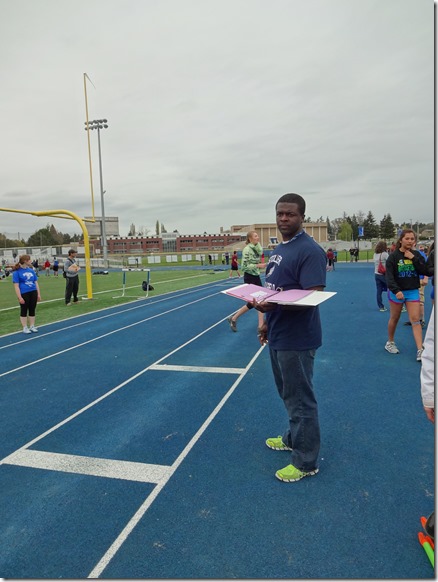 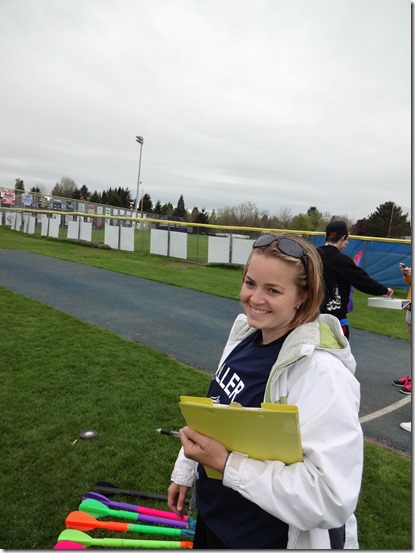 I had the best job, though: 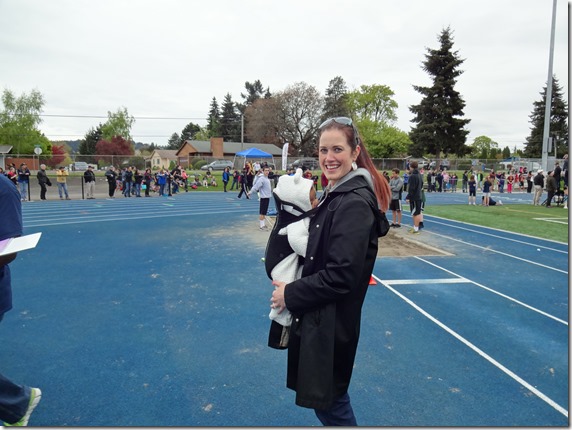 I pretended to be Kennedy’s mom. 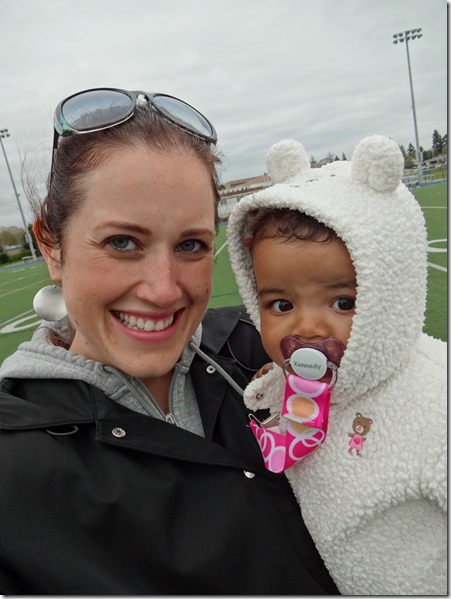 And I did a really good job because people told me that my baby was adorable!!! 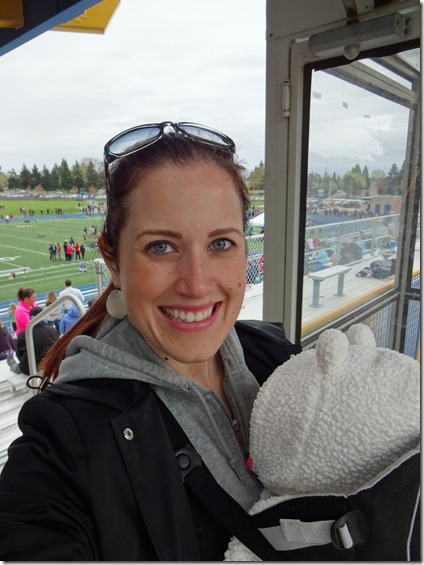 I was really excited when Kennedy did this: 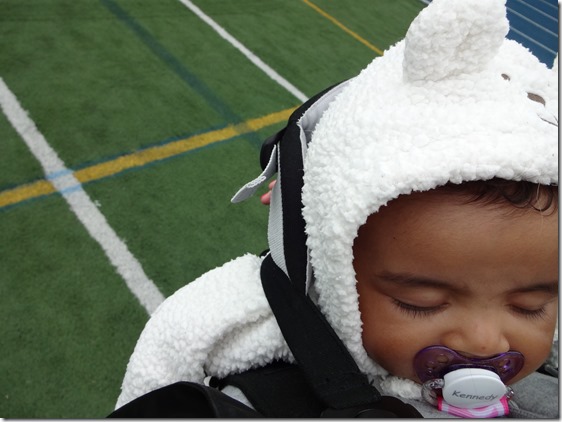 Gotta love a sleeping baby.  Then I tried to keep Kennedy warm and look extra sexy at the same time… 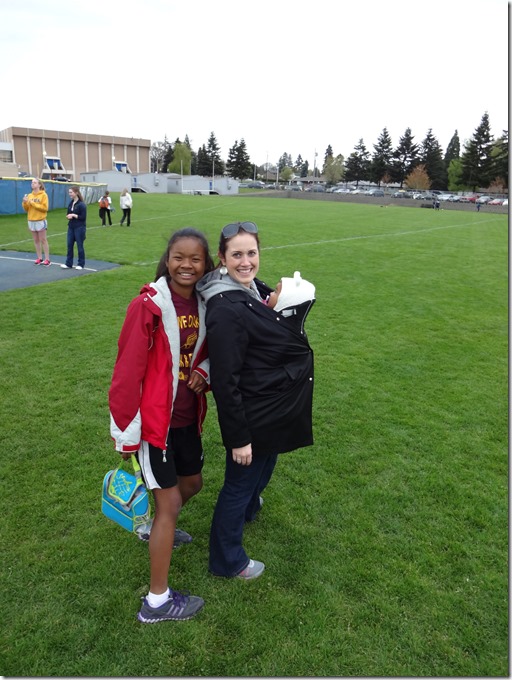 Then I looked at that picture and realized why I prefer pictures taken only of my face. 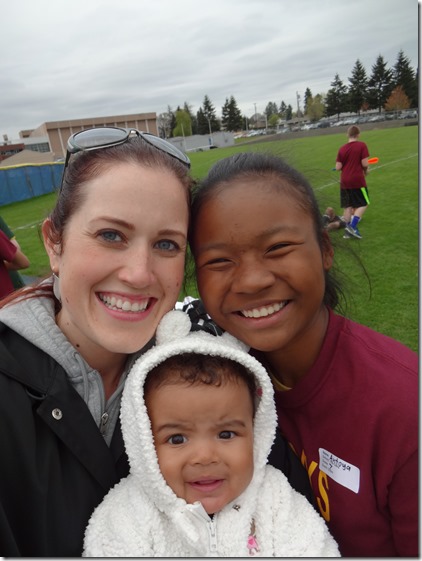 So much better.  Although, Kennedy looks just a bit concerned.  Hmm.

It was great to see all the kids competing and the parents cheering them on.  And it was amazing that we were outside and it didn’t even rain!!!  I can’t wait to go to the next meet.

1 Response to Time for a Track Meet!