The Cone of Shame, Part Dos

OMG, these creatures are costing us a fortune!  Yesterday, Jack had surgery on his eyelid to remove a weird growth and got his teeth cleaned too.  $650 later, Jack is pissed off and George has to spend the weekend performing sexual acts on anyone who will pay.

As for Jack’s recovery, we have to put some weird ointment in his eye three times a day and give him some other oral meds twice a day.  Oh and now he has to wear his sexy cone of shame. 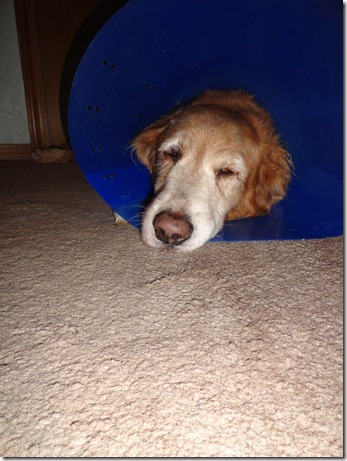 He’s actually done much better with the cone than I thought he would.  I wish I could take it off, but he loves to paw at his eye when I’m not looking.  I let him go outside without the cone on and he decided it was a really good idea to grind his eye (and the entire side of his face) into the dirt.  He can’t be trusted anymore.

Also, because he had to be put under anesthesia, his arm is bandaged up too. 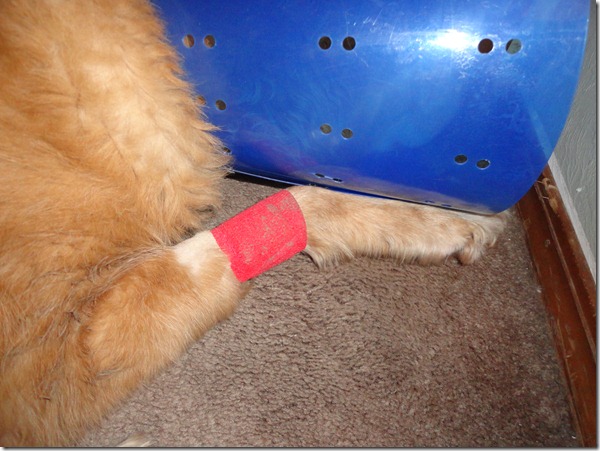 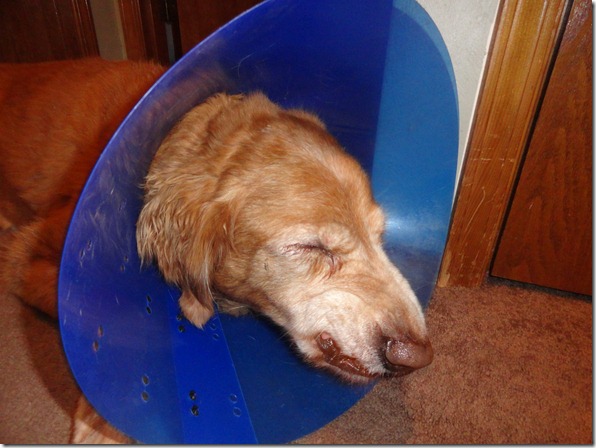 This entry was posted in Creatures. Bookmark the permalink.

4 Responses to The Cone of Shame, Part Dos