I Kind of Love Glow Sticks

Last night G and I went to Zumba.  It was 90-minute event and we were given glow sticks to wear!!  As usual, I was afraid we’d get there late and miss out on “reserving” our spots and not getting a glow stick.  Keri also said she wanted to go, so we picked her up on the way.  When we got there, Bethanie (the instructor) told us we could have as many glow sticks as we wanted.  At first, I only took two bracelets and a necklace.  George was too fat for the bracelet so he only got a necklace. 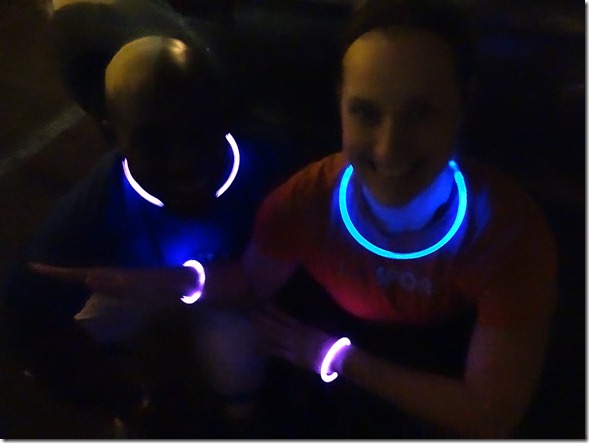 (We had to hide between the cars in the parking lot to get this picture…the damn street lights kept messing up our cool glow stick pictures.)

After we got our bracelets/necklaces figured out, we claimed our spots on the floor (in the middle, toward the back) and took a few pictures. 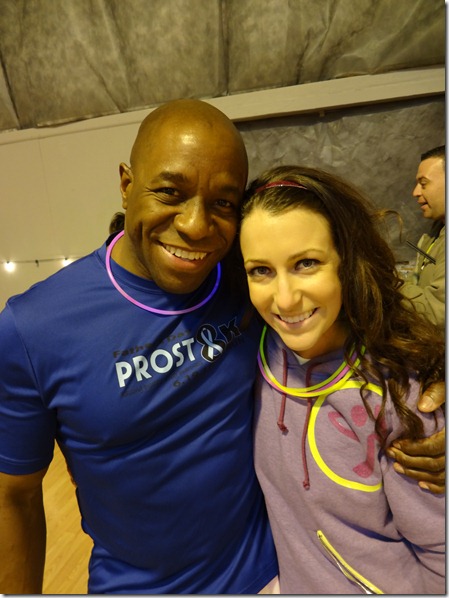 George was sad he didn’t get a picture with her when she was in her workout gear (it was underneath her sweats)…especially when he saw that she was wearing spandex leggings.  Later, he was like, “I’ve never seen her wear those pants before.”  Umm, yeah.  Is that why you were staring so much?  Thought so. 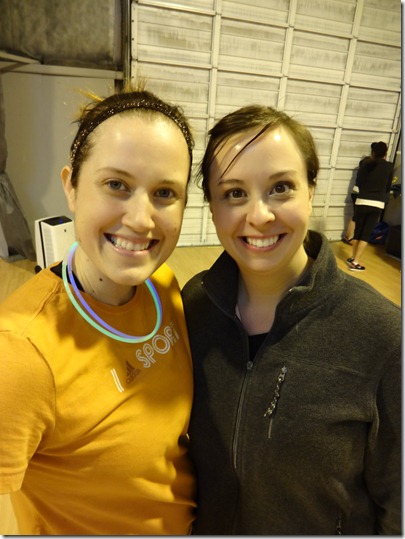 And George’s friend, Sandy, and me:

She’s extra small so I was trying to crouch down so I didn’t look like such a giant monster.  I don’t think it worked.

What I really love about this Zumba location is that they turn out the lights for the class and there aren’t a lot of mirrors.  It makes it a lot easier to forget you look like a complete idiot…and I appreciate that.

As we waited for the class to start, I kept putting on more and more glow sticks.  I think I ended up with two necklaces and maybe three or four bracelets.  I don’t know.  I have so, so many issues.  When we got home, we had this many glow sticks:

And the class was a lot of fun.  George looked ridiculous (as usual) and he almost broke my arm when he slammed his arm into it.  Fortunately, I’m used to his beastliness and he managed not to injure himself or anyone else.  It was a great night.

This entry was posted in Workout. Bookmark the permalink.