We had some major hills to climb.

See all that red tape up in the hills? That marked the course.  And it was pretty steep.  It was so nice to get over the hill and see the next obstacle: 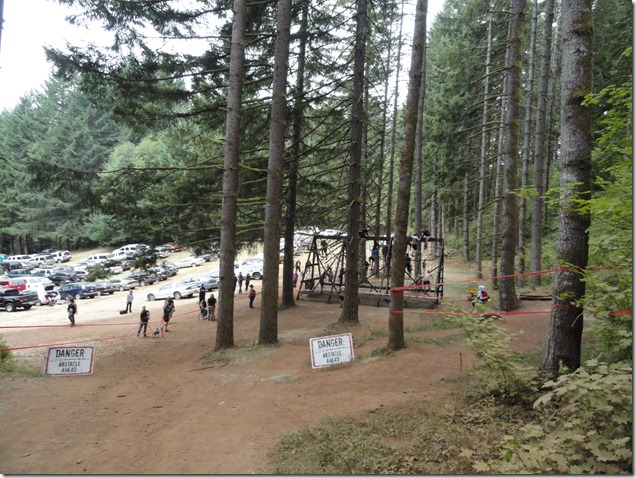 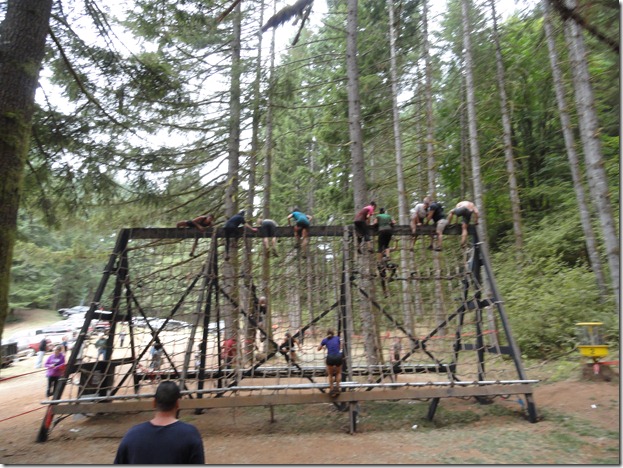 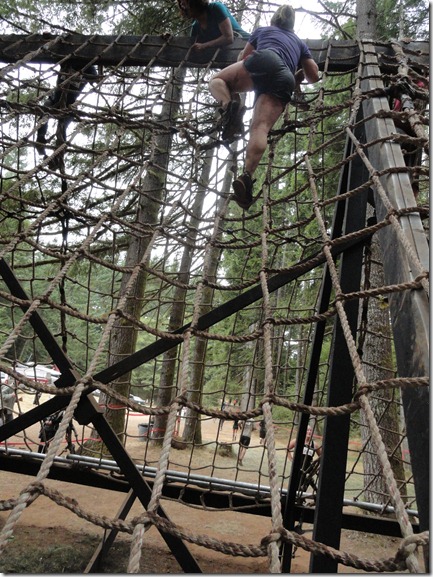 Once again, I scrambled to the top (and held on for dear life) to take pictures of G as he climbed up. 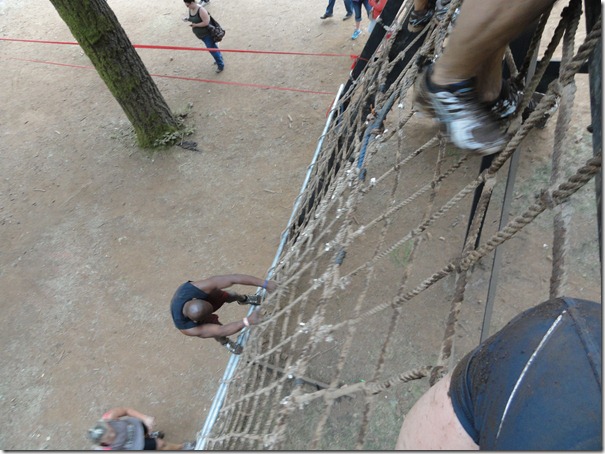 Yes, that’s my muddy leg.  It was pretty wobbly up there so I got a great inner thigh workout trying not to fall off. 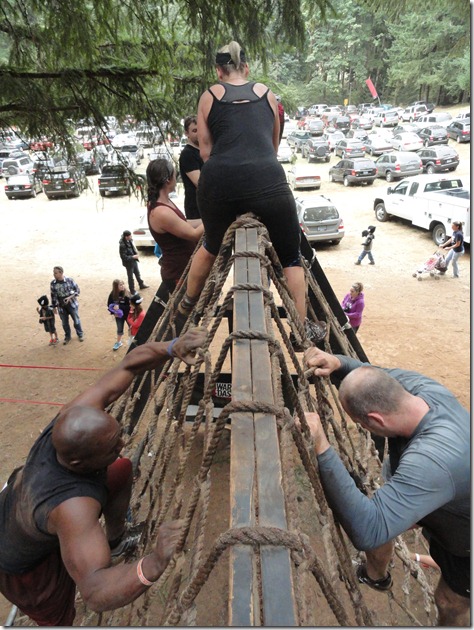 He made it to the top and we both made it down without incident.  After this obstacle you go up one more hill and you face the final two obstacles…the fire and the mud pit.

This was the fire in the morning:

The flames died down a bit by the time we had to jump over them, but I still thought they were pretty high.  We might buy a couple of the pictures of us jumping over the fire so I’ll post them if we do.

After the fire, we got to the mud pit: 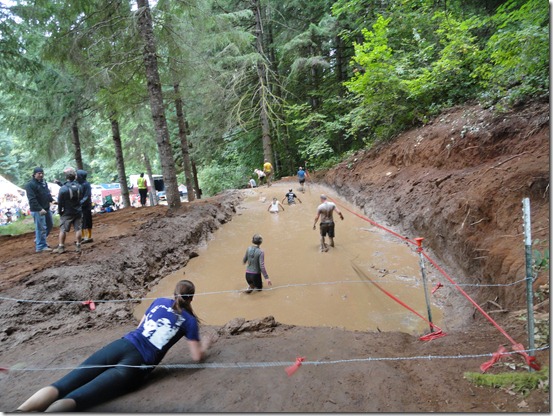 I wish I saw someone dive, that would have been incredible!

Last year, the mud pit was pretty deep (up to our necks), but this year, we were able to walk through it pretty easily.  I went first because G wanted me to take pictures of him as he entered the mud. 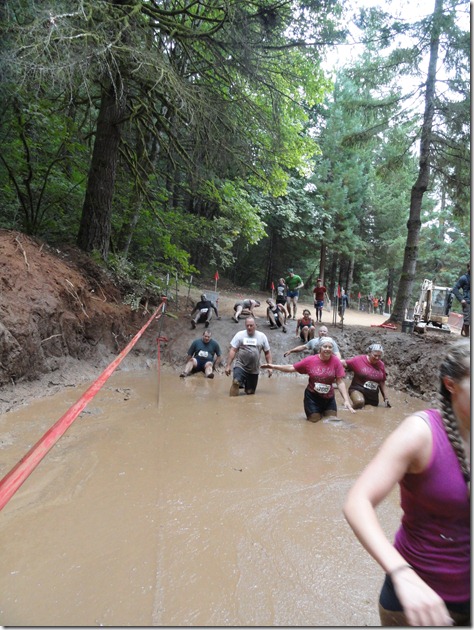 He’s in the back right under the red flag.  The mud was super thick, which kind of grossed me out.

And he had to wave…of f*cking course.

After the mud pit, there’s a mud slide.  It is super fast and kind of scary.  Again, if we buy some pictures, I’ll post them.  I mostly look scared and, as usual, George doesn’t look like he’s concerned about anything. 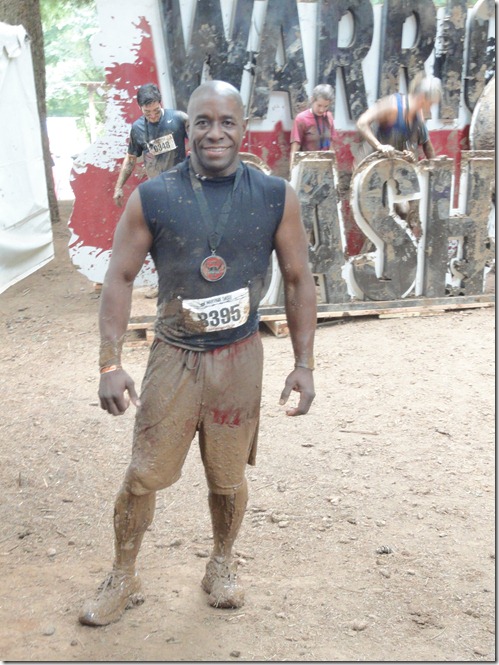 Oh and he wore his metal and shirt all day.

This entry was posted in Trophy Husband, Workout and tagged Running. Bookmark the permalink.

5 Responses to The Final Obstacles