I think this is our motto, but I’ll get to that in a minute.

I bought a Groupon for bowling for 4 in a South Jesus bowling alley. 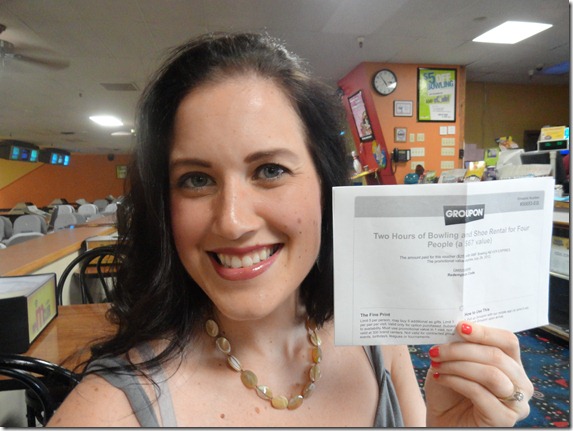 Like usual, we bought a Groupon and it was about to expire so we had to use it.  We invited Keri and Evan to meet up with us! 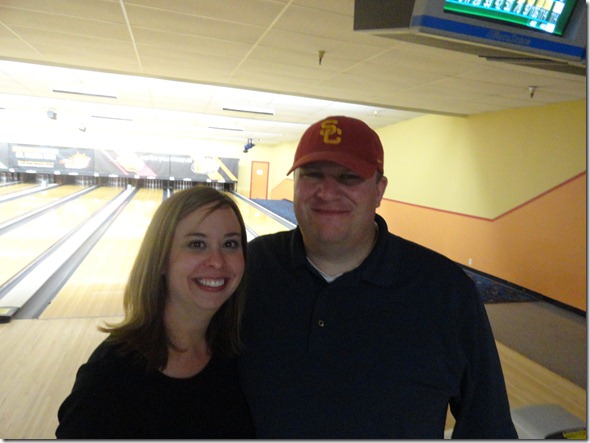 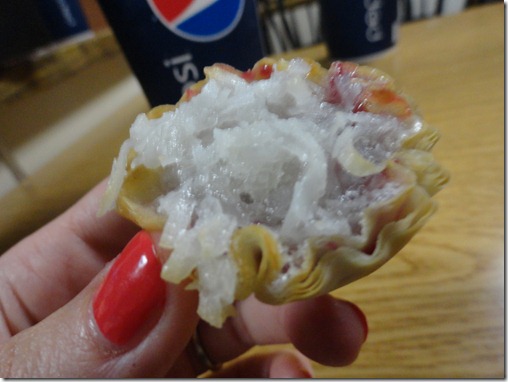 Raspberry Coconut Tarts…or something.  We ate them all that night.  We have no self control.  And it said this on the wall: 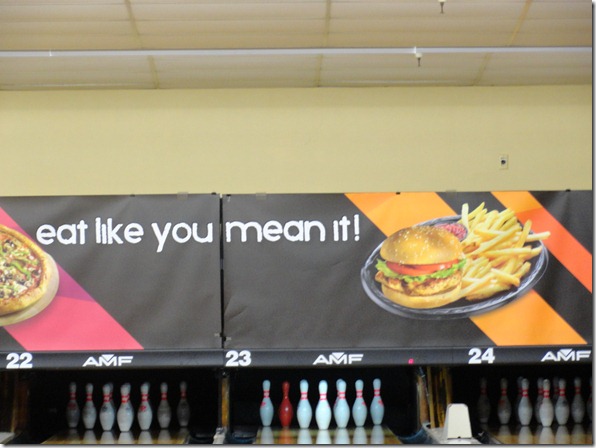 Umm, we always eat like we mean it, but it’s nice to have some encouragement.

G and I also decided to change our names to Frank and Ursula for the day.  Evan used his last name (it’s starts with a ‘c’) so we were able to spell a bad word on the bowling screen. 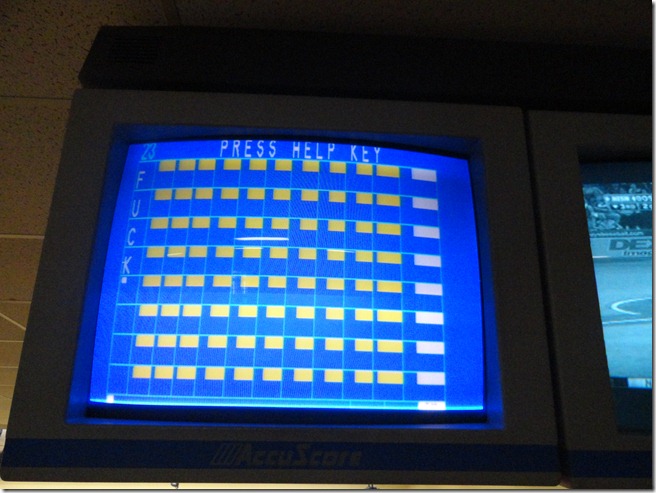 It still makes me smile when I see it.  But don’t worry, we weren’t offending anyone… 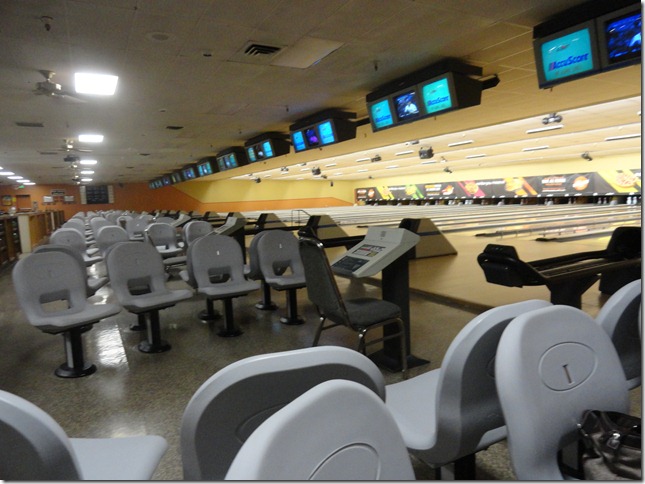 because we were the only ones there!  I just decided to pretend we rented out the whole place because we’re rich and famous.  Isn’t it weird, though?  It was a Saturday night at around 6:00 pm.  It’s been pretty hot here so I thought people would be camping out in the air conditioning.  Apparently not.

After bowling a bit, our food came! 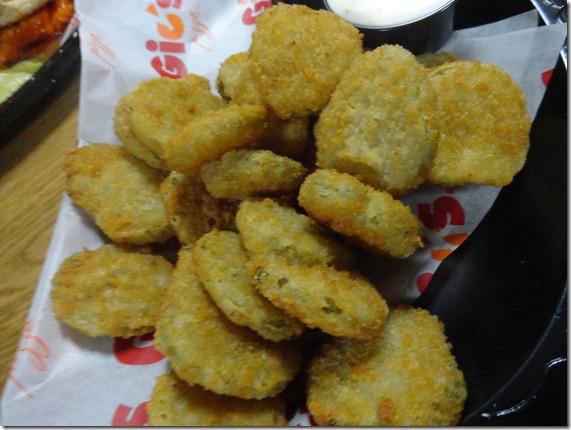 I’d never had fried pickles before so I was really excited to try them…and I love them!  I’m not surprised because I love anything fried, but it was fun to try something new.  I also had a slightly over-cooked quesadilla, but I actually really liked it. 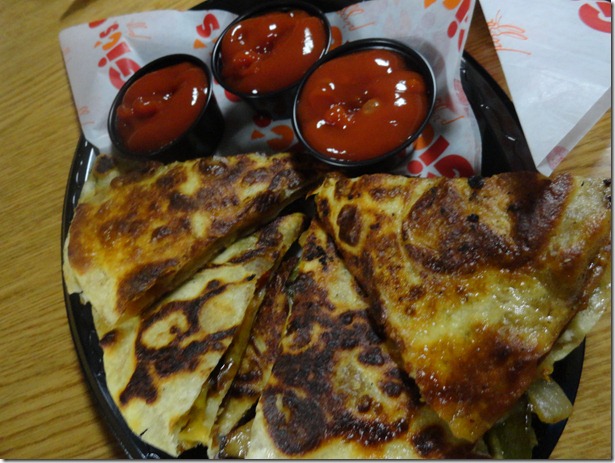 I did not dip it in ketchup, that was for G, who uses so much damn ketchup on his fries. 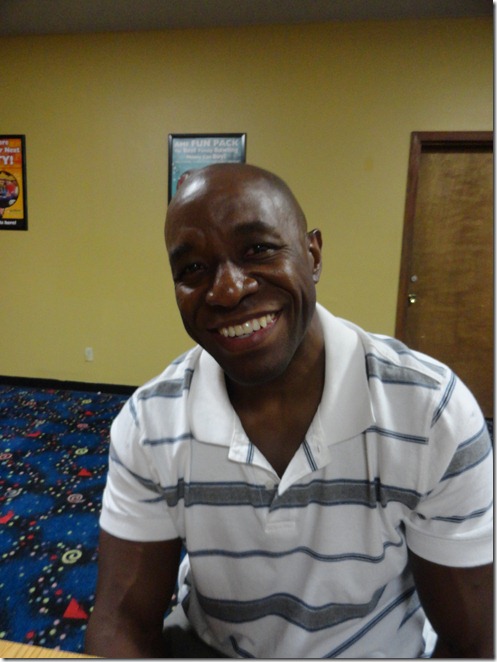 Also, I think I need to start feeding him more because he looks extra skinny here.  Almost as skinny as I look here: 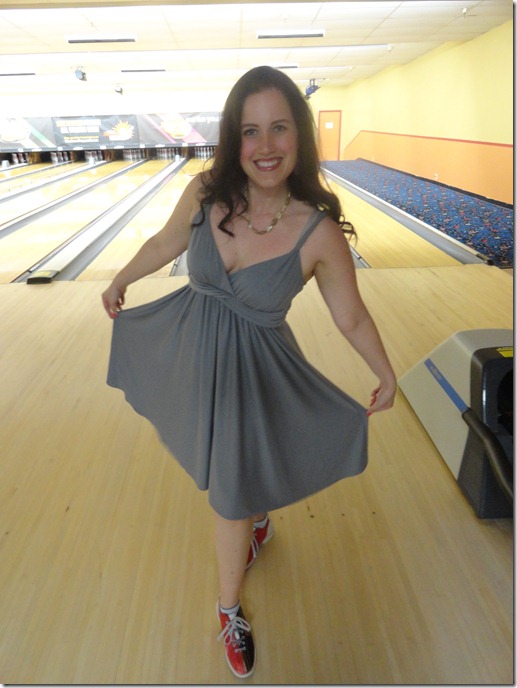 Sorry, back to bowling. 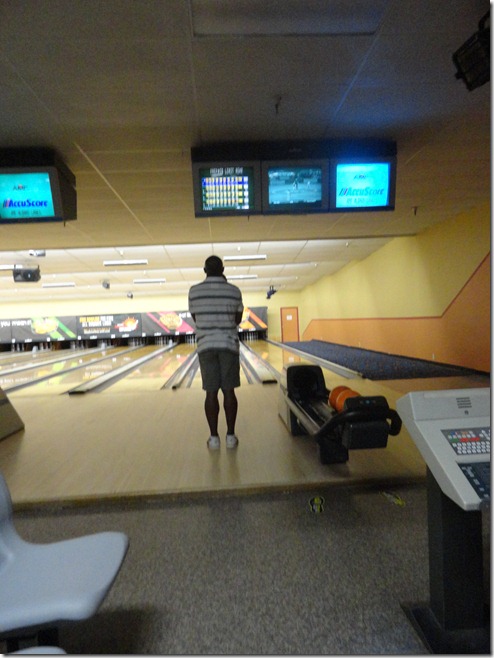 I had a pretty poor performance and got second in the first game: 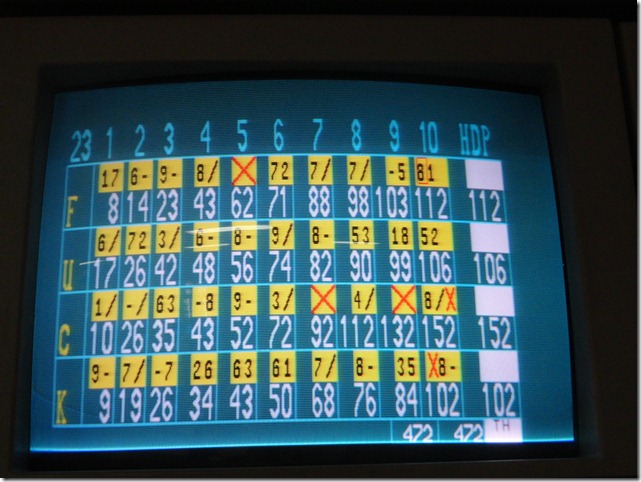 And last in the second game: 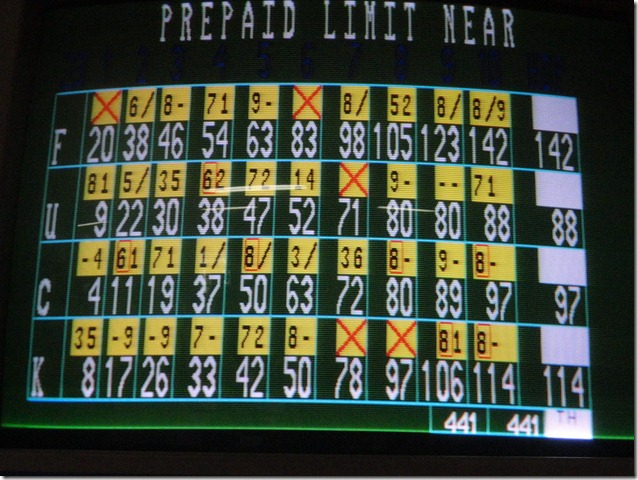 So we took a few more pictures: 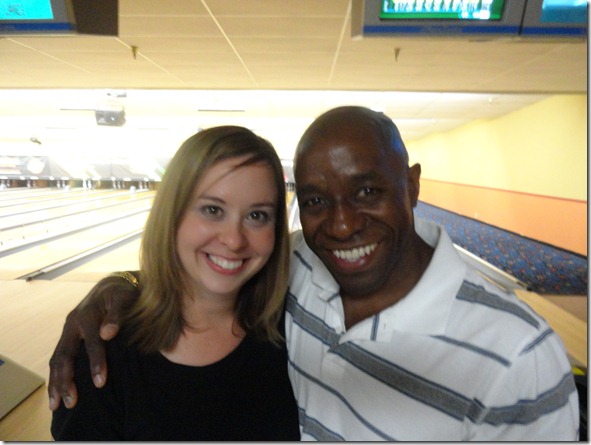 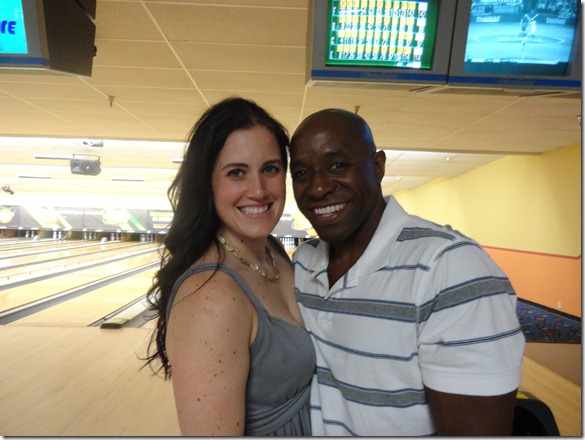 And got the hell out of there!

Thanks for a fun night, Keri and Evan!

This entry was posted in Eating, Friends and tagged Nonsense, WTF. Bookmark the permalink.