The Race – Part One

The night before the Seattle Rock ‘N Roll half and full marathons, Kirsten, G and I met up with Kari for dinner at  The Matador.  Mike did not join us because he was being extra serious about prepping for the marathon.  He’s way smarter than the rest of us.

Kari gave us the best present EVER and let us use her garage (which was really close to the start) during the race!  This was a dream considering all the other parking was sold out!

She was so nice she even agreed to take pictures with G.  Thanks Kari!

So moving onto race day…

We picked up Kirsten’s friend, Laurie, on our way.  She is adorable and ran the 1/2.

The start was in downtown, near the Space Needle.

We got there at about 5:30 am (the race started at 7), so we had a lot of time to look around and find everything. 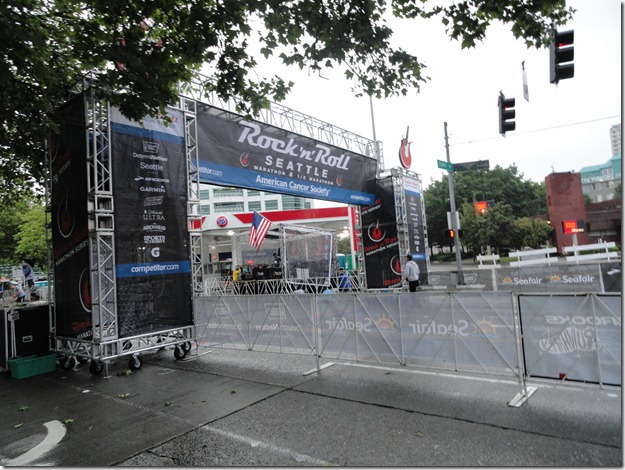 Mike was still very serious about his prep.  He took a couple jogs, went to the bathroom (a few times) and lubed up right in front of everyone. 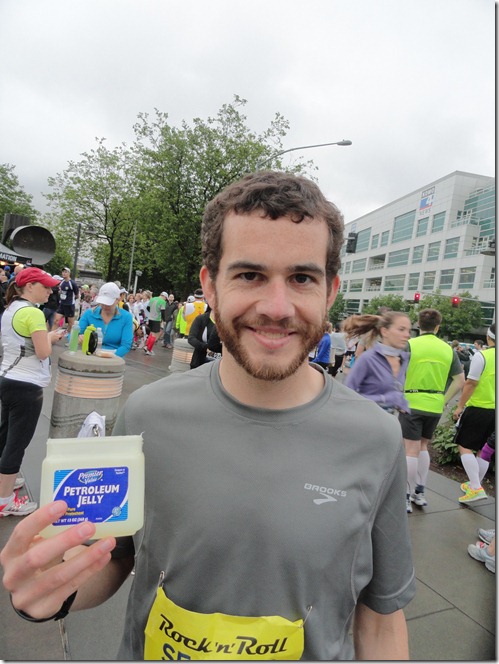 When Mike put on his sunglasses: 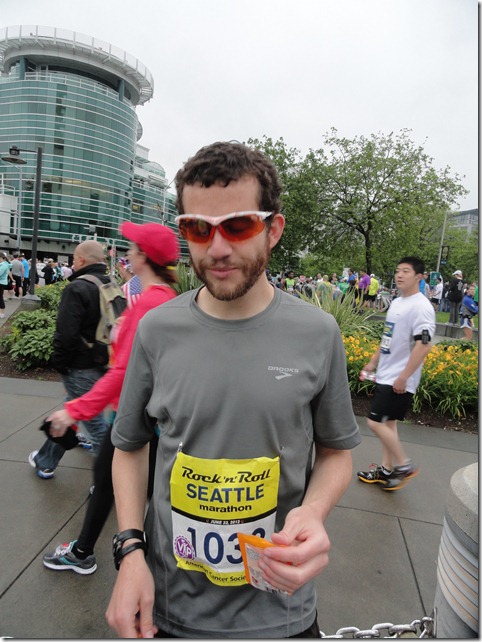 I knew it was time to get serious.  Because Mike runs a 1-minute mile, he was actually in corral #1 and started right a 7:00 am!!  We took Mike’s bag to the bag check and then went to the start line to watch him take off.  Kirsten and I were in corral 35 and Laurie was in corral 19, so we had more than a few minutes before we started.

That was the start of the race.  You can’t see Mike because he’s on the other side of the corral, but you can see the winner.  He’s on the far right…the black dude right behind the white chick.

So after Mike too off, we walked to our corral.

It was a long walk and there were billions of people.  But it was a great area to walk through.  The Experience Music Project: 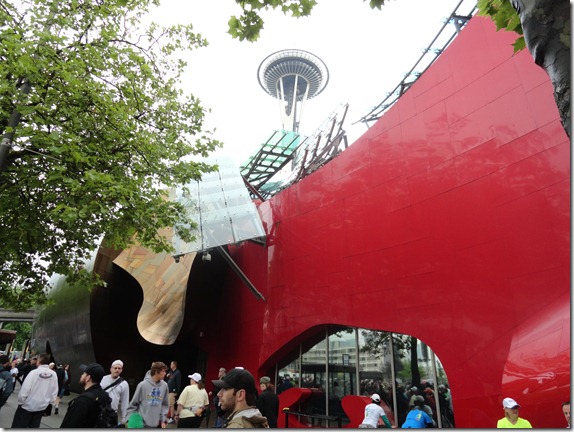 When we finally made it to our corral, there was sea of people in front of us… 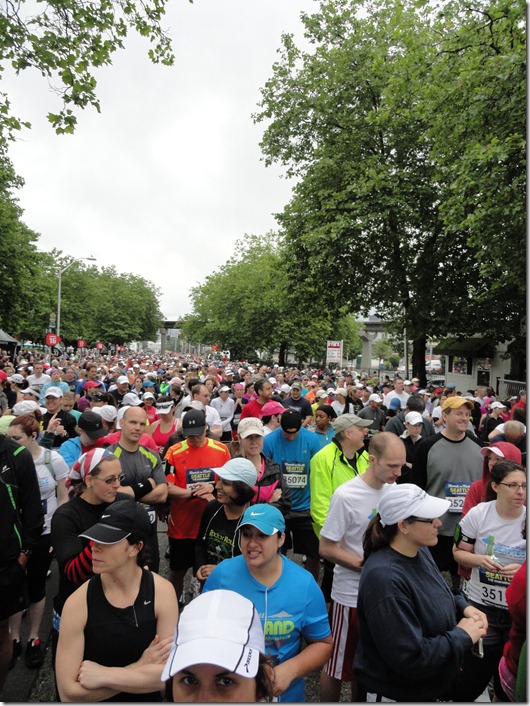 I love that lady looking right at the camera.  I didn’t even turn around when I took this and she looks totally creepy!  Yay me.

Kirsten and I had a while to wait…

So we took pictures of ourselves.  And G was so nice to stay with us, too!

But he was mostly taking pictures of other people. 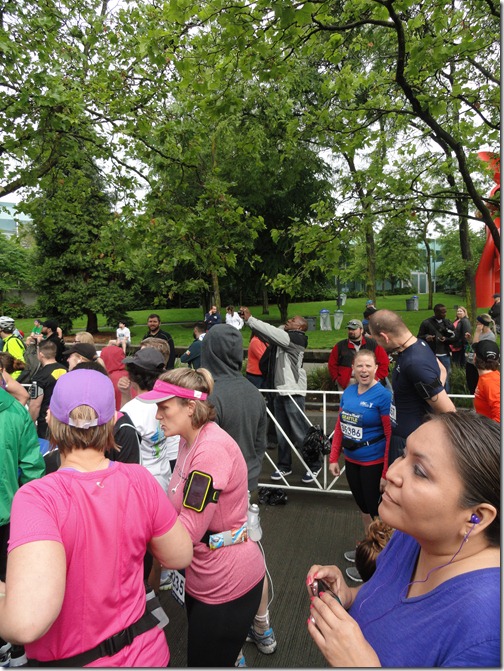 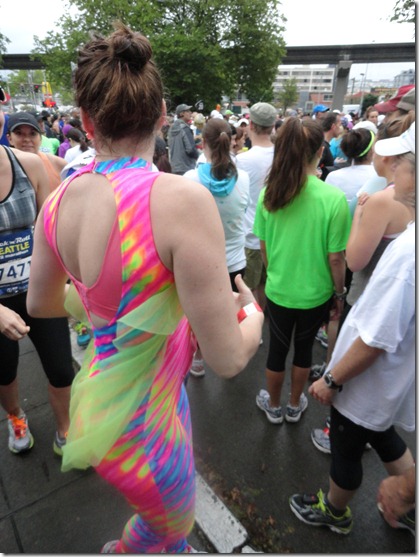 People are so funny…I love it.

So finally, Kirsten and I saw the start line.

We think it took us about an hour to get to the start.  Either that or it took us an hour and 13 minutes to go one mile.

We still haven’t figured that out.

Stay tuned for part 2 of the race recap tomorrow!

This entry was posted in Friends, Workout and tagged Running. Bookmark the permalink.

9 Responses to The Race – Part One