Bake something.  I pretty much bake something for every holiday or celebration.  With Mother’s Day quickly approaching, it was time to do some internet surfing.  I’m going up to my mom’s tonight so I thought I’d bring something for breakfast tomorrow.

I don’t normally do things for breakfast so this was kind of a challenge.  Especially because I had to make it yesterday and hope that it would still be good on Sunday.

I’ve never made scones, but I found a recipe for Petite Vanilla Scones on The Pioneer Woman’s blog and thought I should try it out.

Fortunately, there weren’t too many ingredients: 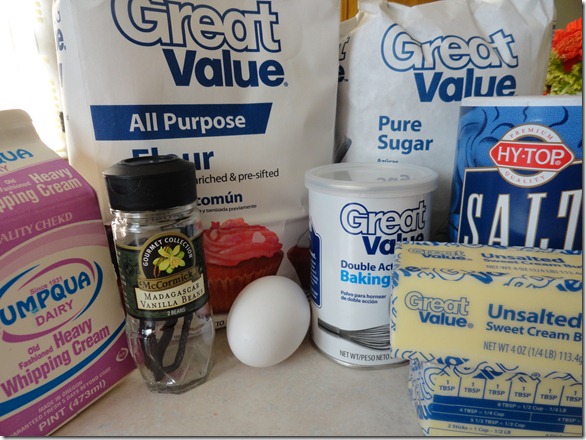 That’s what I needed for the scones, and here’s what I used for the glaze:

The recipe actually says to use whole milk for the glaze, but I didn’t have any so I just combined heavy whipping cream and nonfat milk.  I don’t know if that’s allowed, but it still worked.  Oh, and I forgot to add the salt.  Oops.

So I started with the scones.  I didn’t really like that part because the dough was so crumbly.

I tried rolling it out and it just looked f*cked up so I put it back in the bowl and kind of mashed it together <— I’m pretty sure I wasn’t supposed to do that.  But when I rolled it out a second time, it was much better and made nice triangles.

I’m also pretty sure I rolled them out too thin.  They are more like cookies than scones.  Whatever.  I tried.

I rolled out the edges left over and made thicker ones later.  Next time, I will try to control myself and not roll the hell out of the dough.

While the scones were cooling, I made the glaze.  And there was a ton of it, which was nice.  I was still afraid I wouldn’t have enough to glaze all the scones, but I didn’t run out (and even had extra).

I love that you can see the specks of vanilla bean in the glaze.

It didn’t take long to glaze all the scones and it was kind of fun too.  And then I let G try them out. 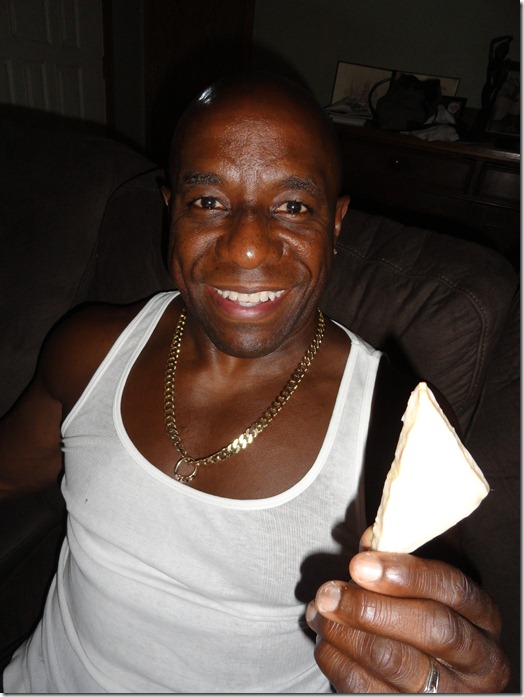 Only because I’d rather poison him than my mom.

This entry was posted in Baking and tagged Eating, Recipes. Bookmark the permalink.