To round out the wedding weekend, we met up with a ton of people for brunch on Sunday.  Well, not a ton, but 17.

I love that you can only see George because his hand in on my aunt’s white shirt….he kind of blends into the tree.  At least Jamison was smart enough to stand in front of the sky.

It was quite a gang and there were a lot of Beaver fans there too!  Judi and Keith went to Oregon State and Taylor is graduating from Oregon State this year.  George loves to yell “BEAVER FEVER” every time we see them.  He says, “Hey Jude, do you have beaver fever?”  Unfortunately, she says yes and George dies laughing.  I wish I were joking.  And then he makes me take a picture of them together. 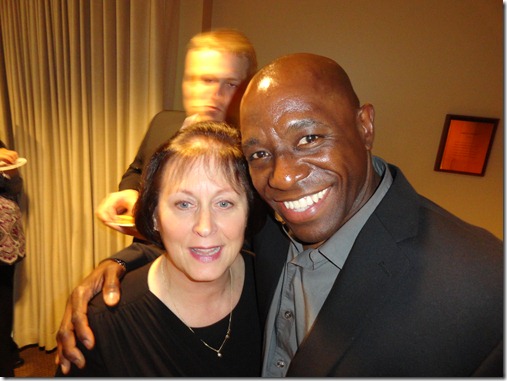 Okay, so we all met up for brunch at McCormick & Schmick’s on the waterfront.

We haven’t seen these peeps since November so we had a lot to catch up on.  Also, when we met in November, my cousin, Ryan, decided to ditch us so we had to create an impromptu stand-in for him. 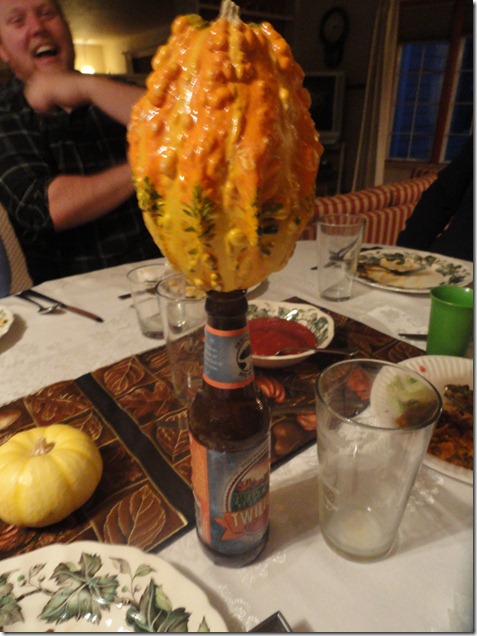 Ryan runs a lot…that’s why his body is so skinny.  Anyway, all the cousins were able to make it, so I forced nicely asked everyone to take a picture.

I thought this one was pretty good, but someone said it looked like Jeff and I were married so we did another take. (I really only like this picture because I look crazy…er.) 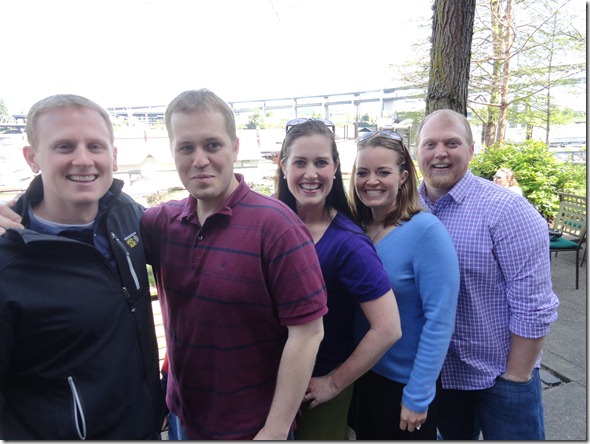 I think it looks like Ryan and Jeff are dating now.  Cool.  Oh so that’s my cousin, Ryan, on the left and my cousin, Kyle, on the right.  You should already know who those other losers are…if you don’t, you should go back and start reading the blog from the beginning.  And make sure you start with my Sponsors page.

After eating a ton of food…

and trying to get Lauren to reconsider her relationship with Kyle (it was the first time we’d met), we took a few photos of the table. 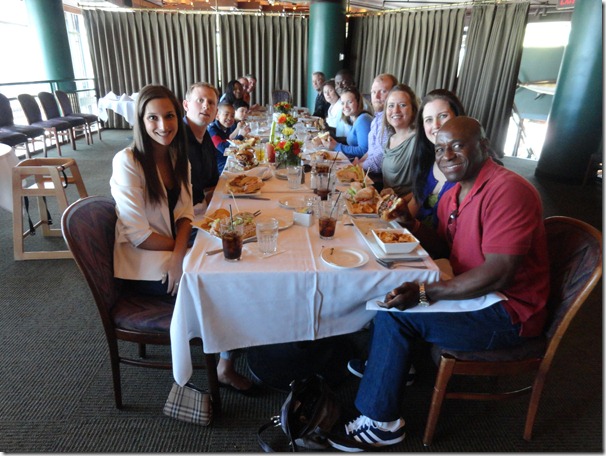 What I love about those two pictures are that both Taylor and Ryan look exactly the same in each picture.  Taylor looks totally cute and Ryan looks like he’s lost and can’t figure out what’s going on.  I’ll have to reconsider next time I ask to have him in a photoshoot…we should have used the beer bottle again.

We had such a good time and it was really great to see everyone!!

Finally, I must wish these incredible people a HAPPY BIRTHDAY!!!!

That’s my Uncle Daniel on the left.  He’s my godfather and the person that taught me almost everything I know about baking.  HAPPY BIRTHDAY, UNCLE DANIEL!

3 Responses to One Last Family Brawl