I think it’s pretty obvious that we don’t spend a lot of time decorating.  I think it can be really hard (and expensive) to decorate so I just don’t do it.  BUT, I’ve wanted to burn get rid of our couch for about six years now.  Oh and I also hate our coffee table and most of the furniture we own.  Fortunately, we didn’t buy any of it (or it cost less than $50) so I didn’t really care.  Let me just show you our living room for the last 3 years!

Looking at that picture hurts my eyes.  To be fair, though, we didn’t really see it looking like that, because it really looked like this:

G insists on keeping the living room dark and now I appreciate that.  I didn’t realize the extent of how horrible it looked.  Or, I just didn’t pay attention.

It’s way bigger than our old couch, which is so nice because now I don’t ever have to touch G.  Perfect!  It’s microfiber on the top and faux leather on the bottom/sides.  I was a little hesitant to get microfiber because I was afraid of all the pet hair clinging to it.  But, look at this: 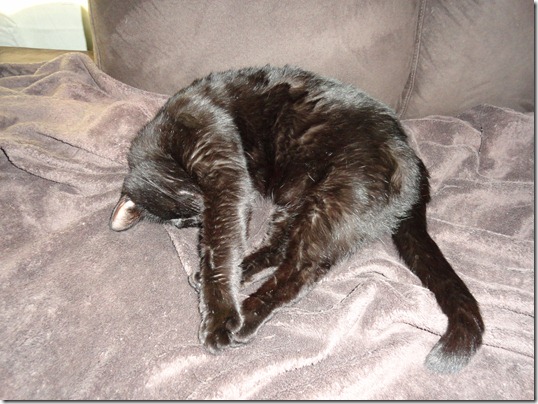 Bing hates the microfiber!!  He will only sleep on a blanket on the couch.  Isn’t that amazing?  And Jack is too old to get on the couch so his hair contribution will mostly stay on the floor.

So back to the couch.  After the couch arrived I decided I needed to change everything else because it was too dark.  First, I found some $14 curtains at Walmart.

Those helped A LOT!  But I still felt like I needed to do something with the coffee table.  It was time to paint.  I wish I were as talented as Centsational Girl, but I’m not.  I did browse through her site, though, to get some ideas.  Eventually I decided we should spray paint that bad boy.  Initially, I was going to do a dark color (like black), but then I decided it would make the room too dark.  I let G make a decision (for once) and he chose almond.

What I hate about painting is that you have to prep.  Sometimes you have to tape or sand or some other bullsh*t.  This time, all I did was this:

We didn’t have any newspaper and I had a bunch of old notebook paper (probably from when I took the bar 5 years ago) so I just laid that down.  So resourceful!

I also took off the doors and removed the shelf. 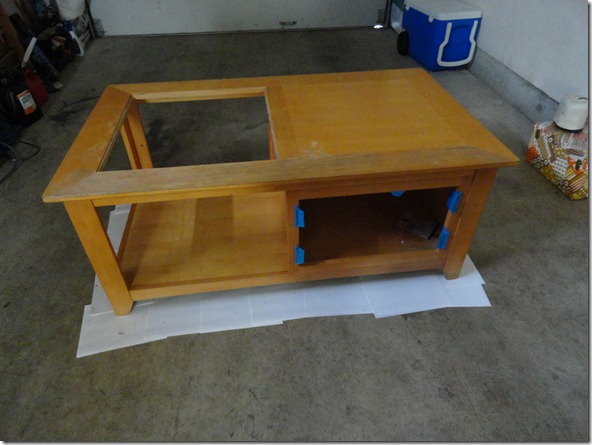 See how the finish is all f*cked up?  I probably should have sanded it, but I didn’t…because I don’t care.  However, I still felt like a professional painter because we had blue painter’s tape!

And that was as professional as I got.  I put a coat of primer on first.  And that alone made a huge difference. 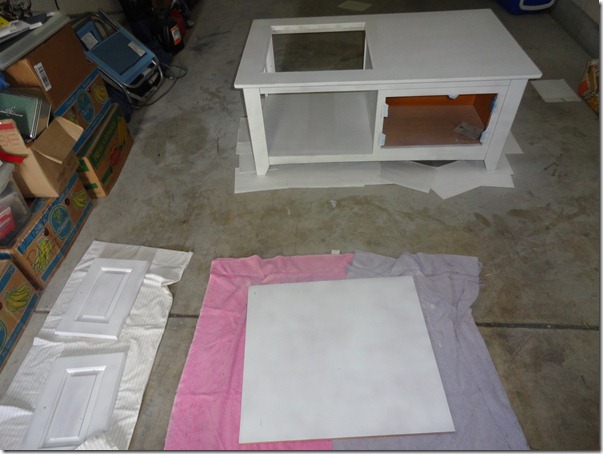 After letting the primer dry for a day, I put on the almond spray paint and let that dry for another day.  I thought about doing another coat to even it all out, but I’m too lazy and just wanted to get the dumb thing back in the living room. 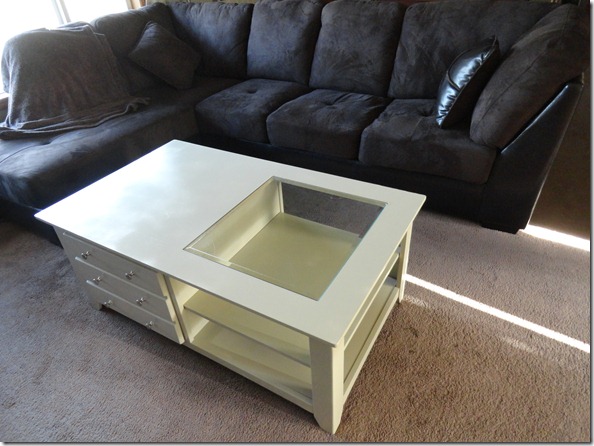 And the living room? 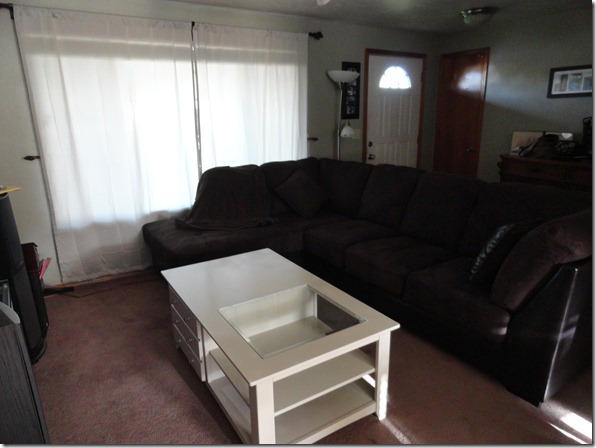 I think we did a pretty good job.  Well, at least I don’t feel like I’m living in a dorm room (as much).  If you want any decorating tips you probably shouldn’t ask me, but I’m always happy to sabotage your efforts help.

This entry was posted in Crafting and tagged Ambitions, Shopping, Ugliness. Bookmark the permalink.