Have any idea what that number is?  That’s how many pictures we took (and kept) while we were in Cabo.  I believe it’s time we entered into a 12-step program.  Thank god you don’t have to buy film anymore or we’d have to take out a loan.  Crazy.

So this will be my last post about Cabo…I know you’re probably sick and f*cking tired of hearing about it so I will stop after today.  You’re welcome.

First up, G practiced his walking with little Mia: 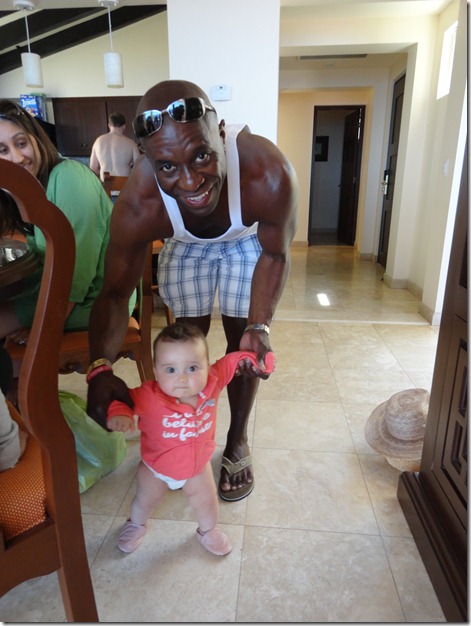 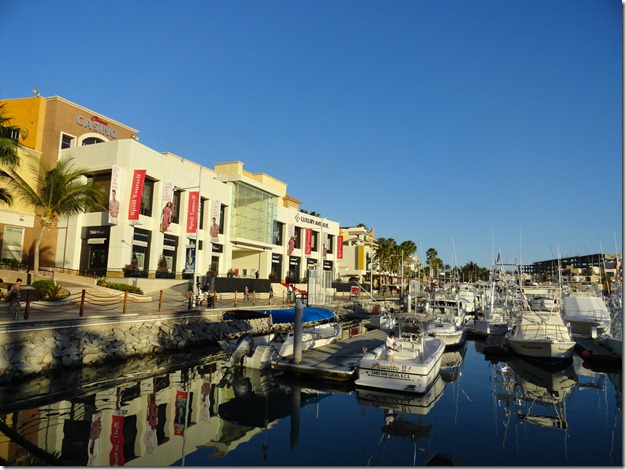 G and Karin were both pretty excited about this lobster:

And then G saw his favorite bar: 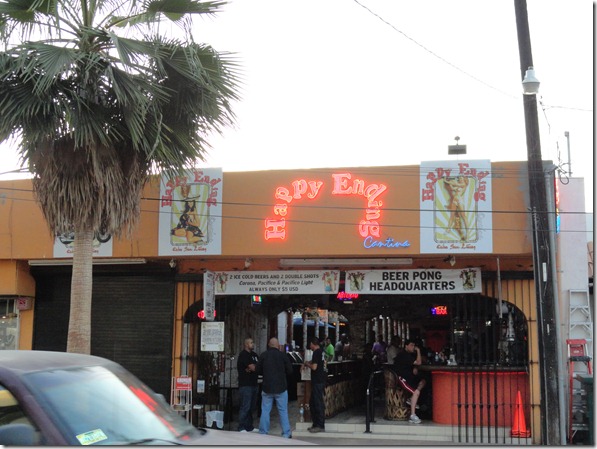 Yes, that was the closest G came to a happy ending that week.  Ha ha!  Poor G.

Did I tell you that every morning the pool boy came by to clean the pool and float flowers in it?  Well, he did. 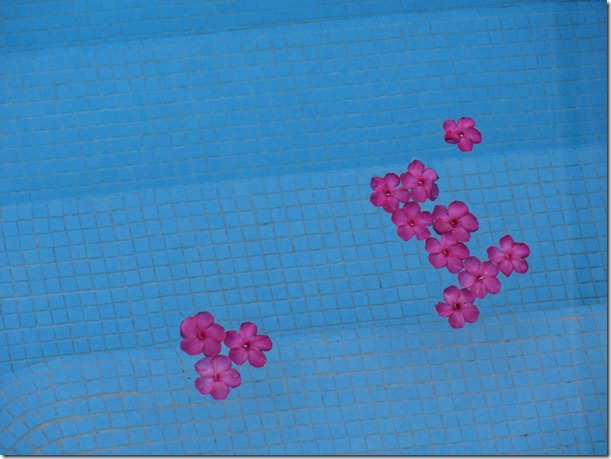 Speaking of pools, we ventured out to some of the other pools at the resort.  This is the Sky Pool:

We went there early in the morning so there was no one in the pool.  So nice.  I love this picture of the swim up bar:

And this is G getting into the Sky Pool: 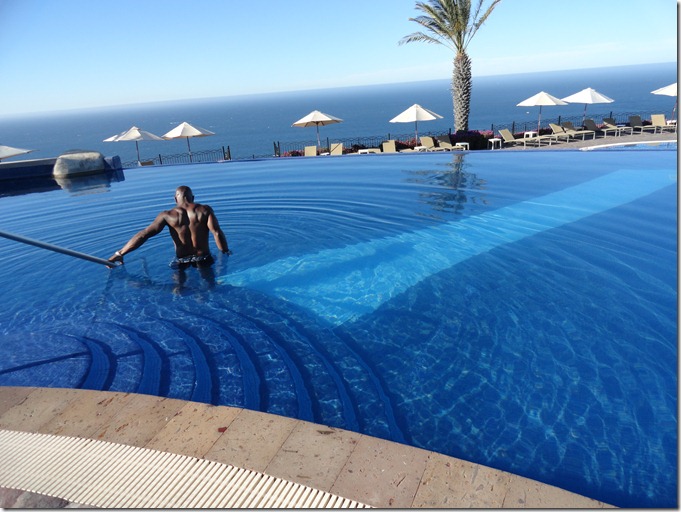 Side note: G discovered that there were two mirrors in our bathroom that faced each other (one was a full length mirror).  Because of this, he could stand in front of one and see his entire backside in the other (seeing my entire backside is pretty much my worst f*cking nightmare, btw).  After discovering this, G decided he liked what he saw and stood there naked for a good 5-10 minutes talking about how good his back looks.  Seriously.  I had to leave the room.  Needless to say, when he discovered that I took the above picture, he was pretty excited.

After looking at G in the pool, I know you’re dying to see me too.

This is from the pool at the clubhouse:

Oh sorry, did you think I’d let G take a close-up picture of me only in a bathing suit?  Uh, yeah right. 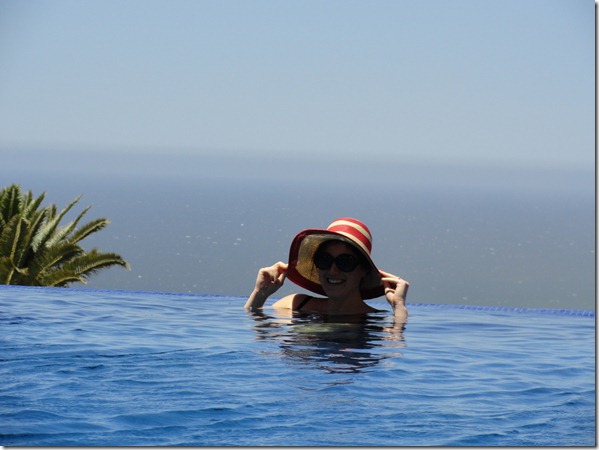 It got a bit windy during my photo shoot so I had to hold my hat on.  It’s hard being a supermodel.

And then G had to take a little break in the hot tub. 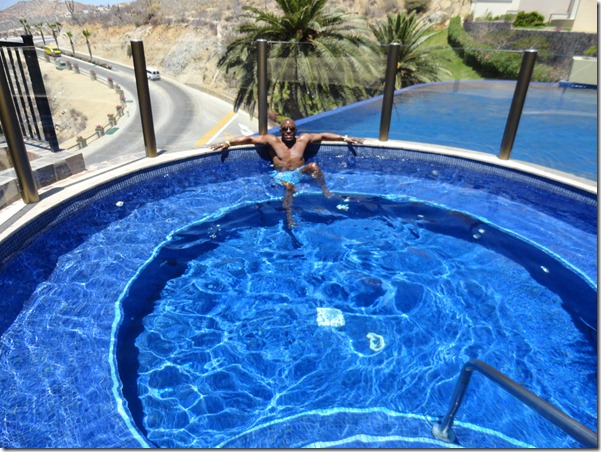 And so did Mia, Joy and Matt.

Eventually Mia put on her sunglasses so she would only have to pretend she was paying attention to us. 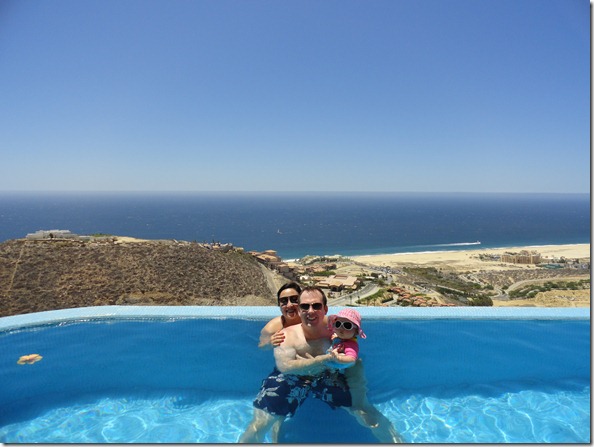 Obviously, she is too damn cool.

I think that’s about it for the pictures.  We have about 400 that you haven’t seen, but I think you get the idea.  If you’d like a calendar with pictures of G with his shirt off in a pool, we could probably make you one that would go until about 2022.

This entry was posted in Friends, Travel, Trophy Husband and tagged Nonsense, Sexiness. Bookmark the permalink.