Time for a run!

***Club Sport, Run with Paula and the Portland Running Company have no idea who I am.  And probably prefer it that way.***

It was an early morning this morning:

That was the time on my car when I pulled out of the driveway…it was really 5:15 am, though, because I like to have to do math to figure out what time it is.

And I was looking pretty good, as you can imagine.

The good thing about heading out that early is getting to see the sun rise. 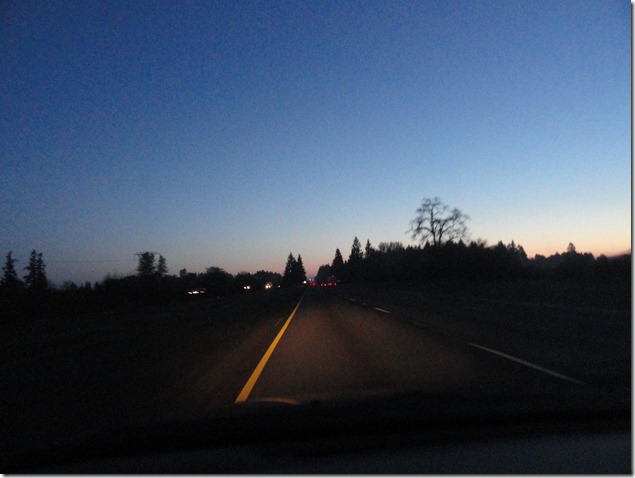 I got to Club Sport pretty early, which I loved.  I didn’t know how big the race would be and I didn’t want to worry about parking or anything. 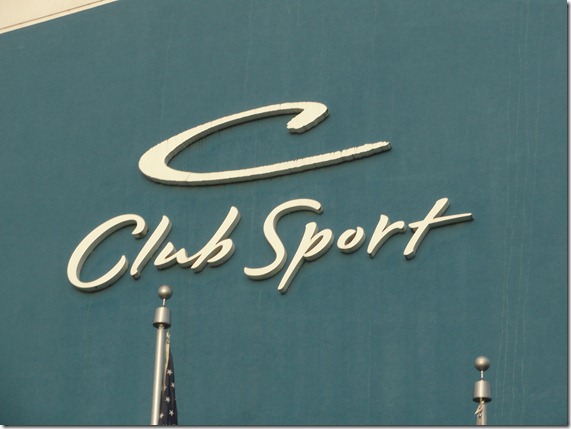 Club Sport is an athletic facility in Tualatin, Oregon.  It’s a really nice facility and it was great to have the race start and end there.

I signed up for the 5k portion of  The ClubSport 5k/10k.  I haven’t done an organized run since the half marathon in January and I just wanted to do something quick and (hopefully) easy.  It was nice that the food, packet pickup and other tents were inside because it was pretty cold this morning.

Oh and they had a Peet’s Coffee and Tea tent at the race start/finish!

Before starting the race, I had some poor stranger take my picture in front of the finish sign:

You have no idea how tempted I was to pretend I’d run the race and just leave.  BUT I DIDN’T.  The race started right at 8:00 am and it was a good run.  There were some short, steep hills, but overall I thought it was a good course.  There were a lot of volunteers to direct us and the police were great at controlling the traffic at intersections.  It was nice not having to worry about being squashed by a car!

Oh and there were jogglers on this run!  They were pretty impressive.  A joggler is a person who jogs and juggles simultaneously.  But they don’t really jog, they run…fast.  I’m pretty sure both the boy and the girl joggler placed first in the 5k.  I managed to get a picture of the girl as she joggled.

Now that is some coordination.

After I finished the race I went to see if I could score some free stuff.  I found this:’ 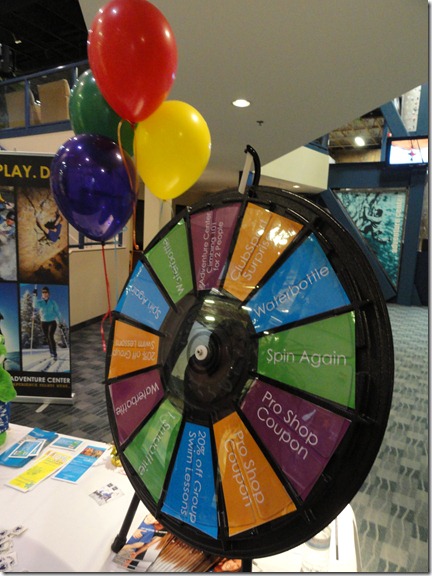 I pretended like I was on Wheel of Fortune and spun away.  And I WON!!!

That’s right, a water bottle and a $5 smoothie…party time!!

These two cute chicks helped me out.

That’s Holly on the left and Jen on the right.  They looked at my stride (neutral), told me I should probably go up a half size and gave me shoe recommendations.  We also talked about other cool stuff like compression socks and blogging.  When I told them about CTW, THEY KNEW WHO I WAS!  I’m going to count this as my first (unplanned) encounter with blog readers.  Very cool.  And they were so helpful and nice.

I even went to a Portland Running Company store a little later and picked up some new shoes!

So after I bothered everyone I could (and took as much free stuff as possible), I got ready to go.  The best part about the race being at Club Sport, was that we could use all the facilities while we were there.  So I took a shower, changed clothes, did my hair and makeup and was ready to head out to brunch with a friend.  That was cool.

And I picked up my free smoothie on the way out!

Overall, I think this was a great run.  The people were so nice and the location was cool.  I will definitely do this race again!

This entry was posted in Workout and tagged Running. Bookmark the permalink.

6 Responses to Time for a run!