Food, Friends and the Wii

On Saturday night we went to Keri and Evan’s for fun night of eating and playing their Wii.  G and I have never played the Wii (thankfully, G is too old to be into video games), and we were excited to try it out. 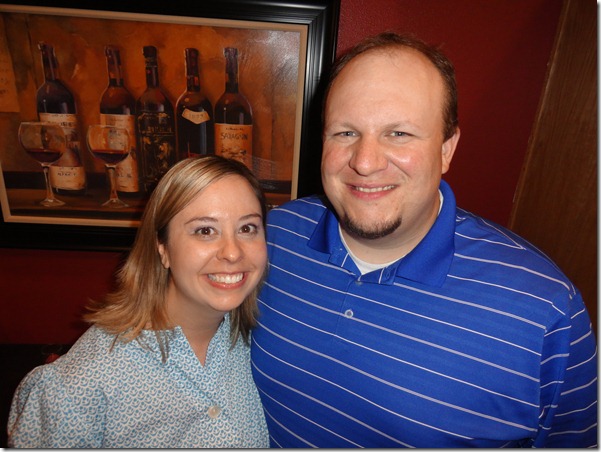 The most important part of the evening was the food, of course.

And there was a ton.  Keri and I went a little crazy and I’d eaten so many of my desserts before we got there, I was pretty much full.  Like I’ve said before, I have no self control so I ate more. 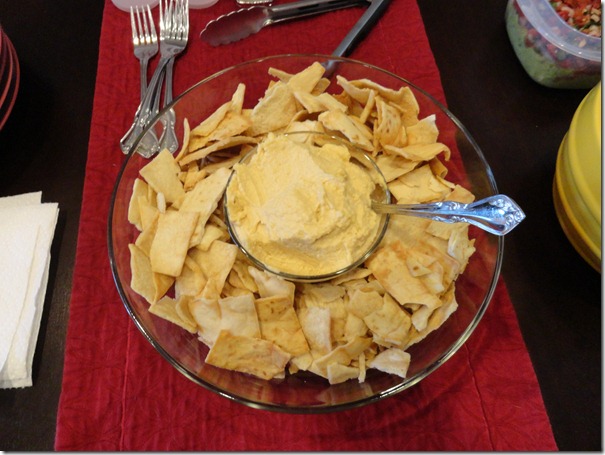 Pizza pull-aparts: pizza dough with pepperoni and cheese inside!

Pretzel bites with ham and cheese on the left and macaroni and cheese bites on the right.

And there was also cheese dip!  OMG, way too much food and that doesn’t even count the desserts!  When we had it all set out, we finally realized we made a little too much.

But here are the desserts I made: 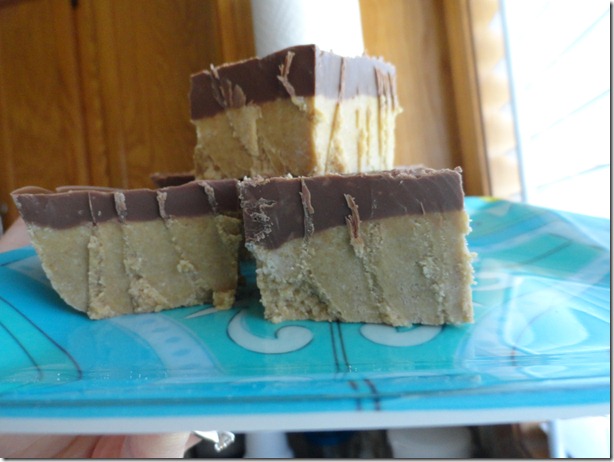 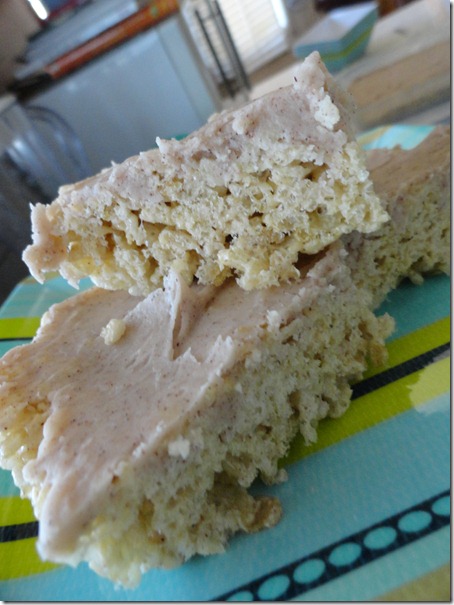 And I still can’t figure out why I’m so fat.  Hmm.

So after eating a ton of food, we thought we’d work it off by playing some games on the Wii.  We started with Wii bowling.  Of course, I perfected my form in just a few frames.

G took a little more time (he’s the black guy in the green square above…he got last).  But, as usual, G was giving 100%.  Just look at his form. 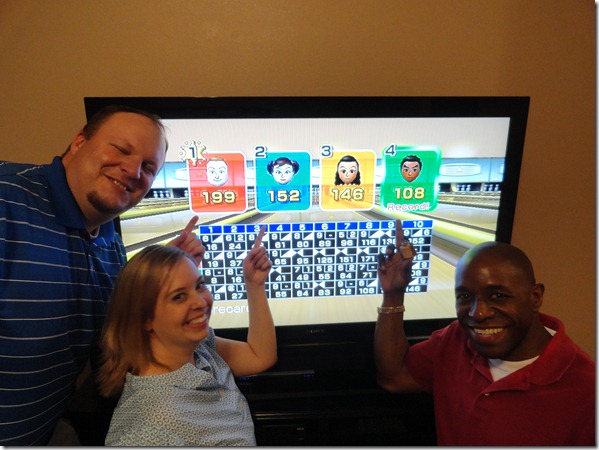 Evan was so disappointed in my score that he refused to open his eyes for my picture.  I don’t blame him. 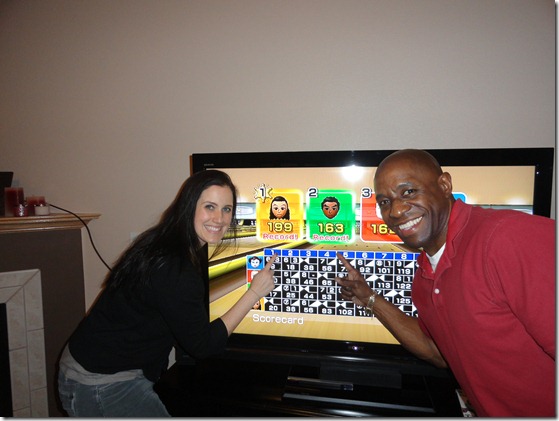 G finally figured out how to use the Wii and got second place in our last game.  And yes, I really have that much junk in my trunk (actually, in my saddlebags).

After thoroughly enjoying our Wii bowling experience, we decided it was time to dance. 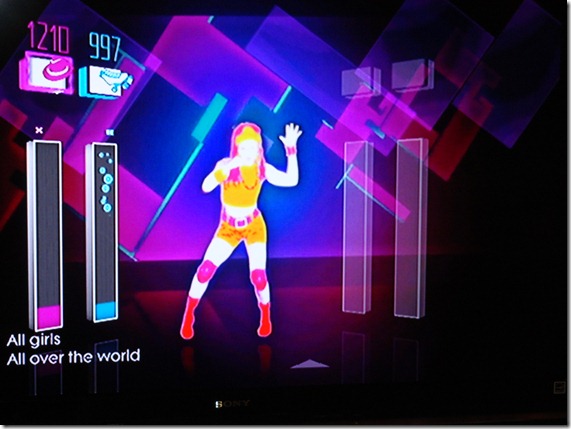 I’ve been wanting to try the dance games forever so I was so happy to find out that Keri and Evan have the game Just Dance.

After seeing the pictures Keri took of me dancing, I’ve decided (1) that I should never eat again and (2) that I should probably never dance in public again.

Apparently, I find it most helpful to dance with my mouth open. 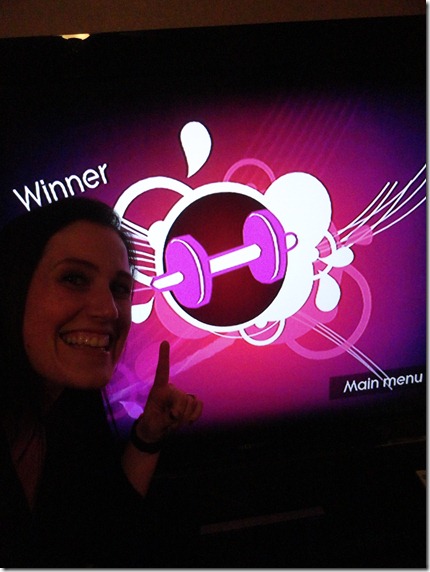 Not surprisingly, I beat G at that game too.

Instead of winning a prize, G forced her to take a picture with him.  Sorry Keri.

And then I forced G to take one with me.

We had so much fun and ate so much food.  Thanks Keri and Evan, we hope you invite us over for a re-match!

This entry was posted in Baking, Eating, Friends and tagged Sports, Workout. Bookmark the permalink.

6 Responses to Food, Friends and the Wii