Yesterday, when I was busy pinning my life away on Pinterest, I came across this video about the sock bun.  This is probably the third or fourth time I’ve read (and watched videos) about the sock bun so I finally decided to try it out.

I washed my hair on Wednesday, but didn’t dry or style it and just threw it on the top of my head.  It was still a little damp by the time 3:00 pm rolled yesterday so I just decided to try the sock bun thing to see how it would work.

For those of you that don’t know, a sock bun is a bun made out of a sock. 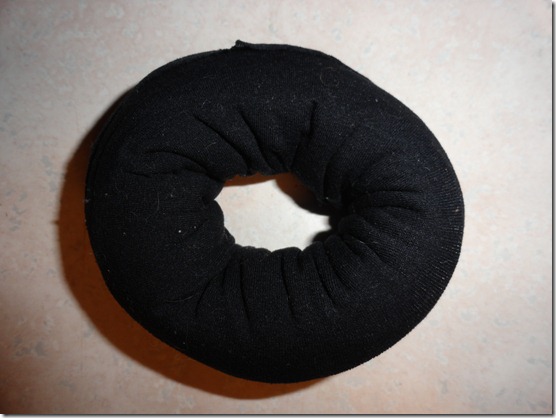 I cut the ends off of two dress socks, put one inside the other and then roll them up.  I had to use two socks because one was way too thin.

So I put the sock bun in my hair like the video shows and left it in overnight…until about 3:45 am this morning.  This is what it looked like when I woke up. 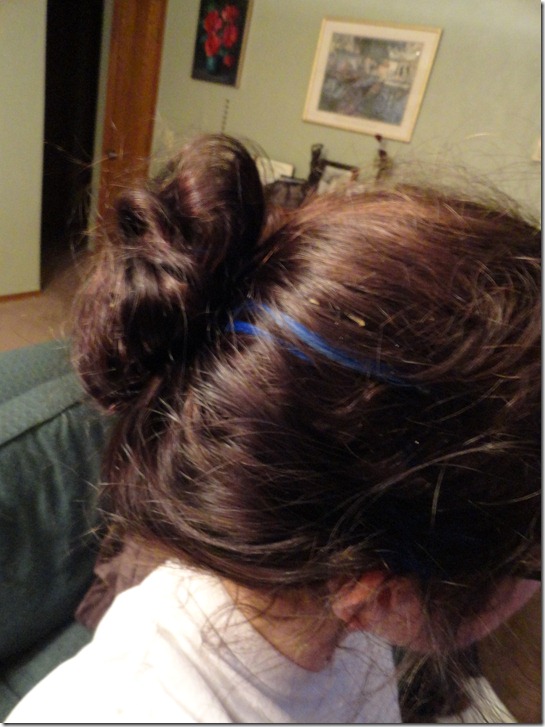 It was kind of loose, but stayed in just fine.  Also, those plastic-y things are the ends of my extensions (the part attached to my real hair).  I guess it’s time for me to get my hair done again.

When I took the sock bun out, my hair was pretty big and a little frizzy.  I put some smoothing product in and kind of worked it with my hands a little to make it a little less crazy.  And here’s the final look: 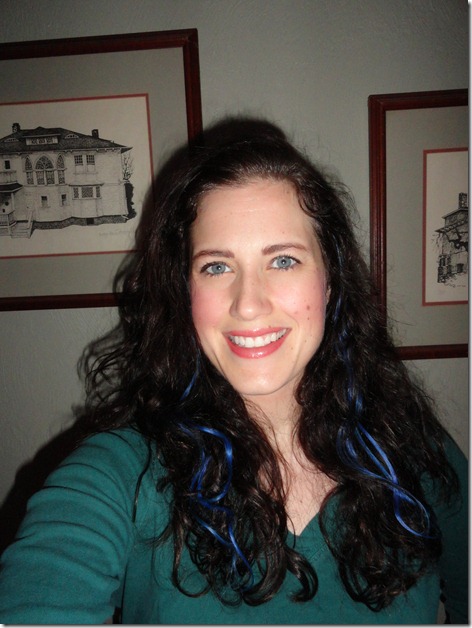 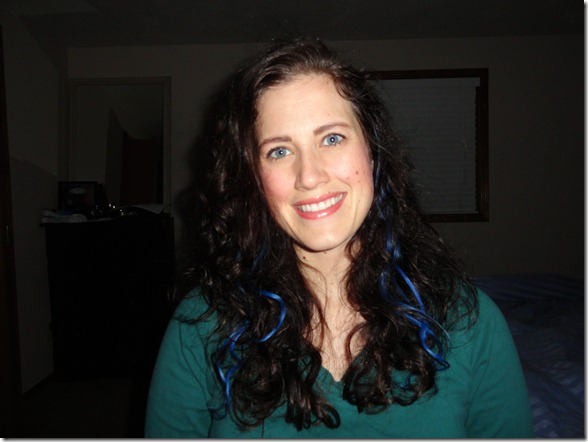 And here’s what it looks like from the back: 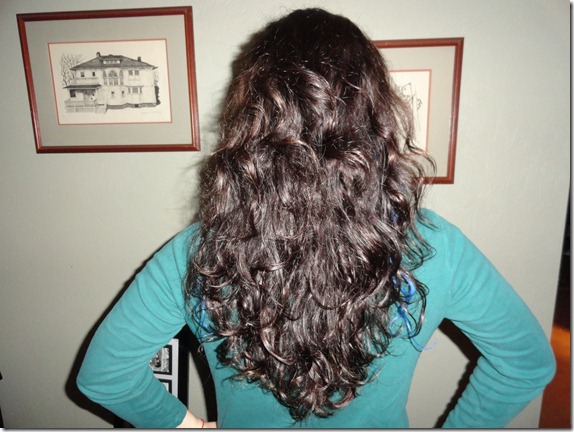 Not too bad!  It’s a little big, but I think it turned out pretty well.  The best part is that I didn’t have to curl my hair for 30 minutes.  Keep in mind that my hair is fine, but I have a lot of it.  It’s also a wavy, kind of frizzy mess (thanks, dad!).  I totally recommend that you try out the sock bun.  I don’t know how it works, but it’s pretty cool.

Oh and I have new nails for you, too! 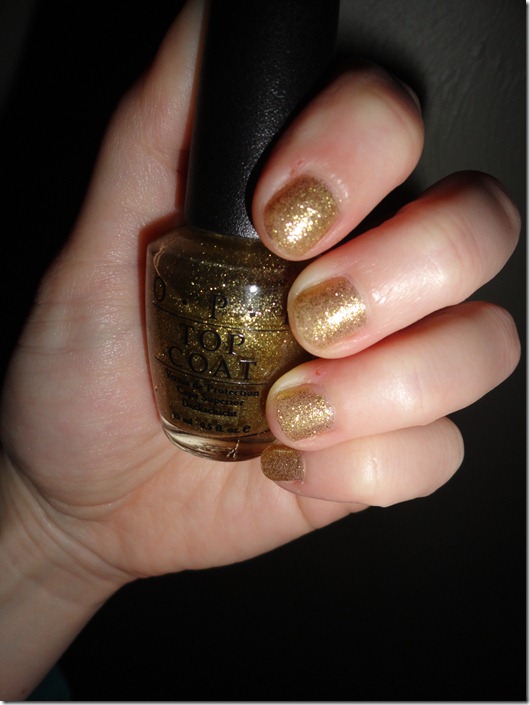 Unfortunately, this O.P.I polish doesn’t have a name!  It only says that it’s a top coat.  Weird.  Anyway, I got this from my grandmother (we called her Bobby) probably over ten years ago.  She was a pretty cool chick that wore high heels until she was in her 60s (maybe even her 70s) and always rocked a fresh coat of fire engine red nail polish.  I know she’d be pleased with my recent nail polish obsession.

I’m pretty sure this polish is rotting and it smells a lot like paint thinner, but I use it anyway.  I didn’t want to use it as a top coat so I put about 6 coats on my nails to make them a dark gold. 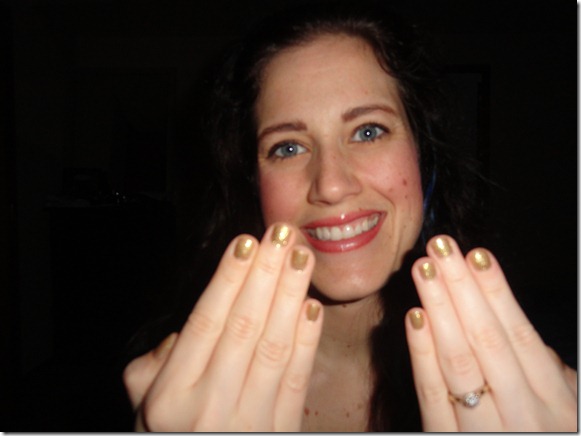 I’ve never worn gold polish and I have to say that I really like it.  Although, I have to admit I haven’t really tried a color I didn’t like.

HOPE YOU HAVE A GREAT FRIDAY!!!

This entry was posted in Nails, Obsessions and tagged Hair. Bookmark the permalink.

8 Responses to The Sock Bun