On Saturday I met up with a great group of people to do to the Virtual Run for Sherry Arnold.

Reader Megan printed out a ton of bibs and put them in plastic sleeves for us…just in case it rained.

They looked amazing.  Thanks Megan!!

Small world discovery of the day: Megan and I went to middle school together!  How weird is that?!!!

A few of us cool chicks painted our nails blue to match the bibs, too: 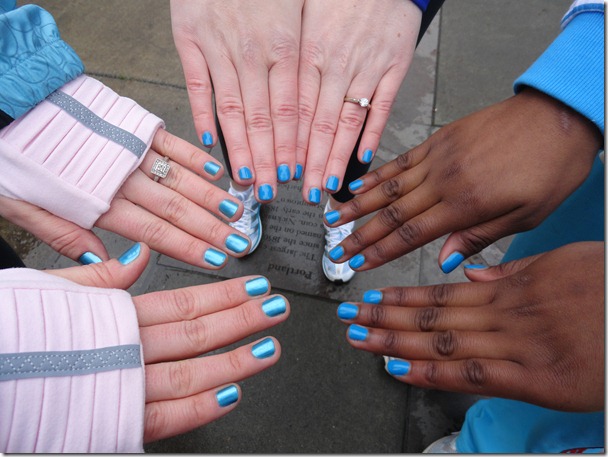 Those are not G’s hands on the right, just in case you’re wondering.  Those are Toya’s.  G had to work, but I’m pretty sure he would have painted his nails for the run too.

After we put on the bibs, we had a moment of silence and then headed out for a 5k.  It was a great morning for the run and there were tons of people on the waterfront.  We even saw other people wearing bibs! 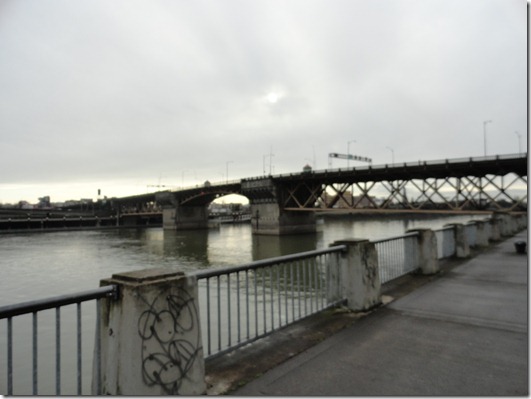 I ran with these chicks:

Megan, Maris, Nicole and the beautiful dog, Rowan!  Rowan wanted to run 4 minute miles, but she was nice enough to hold back and stay with us.

We crossed over two bridges, but the run was really flat and the 5k flew by. 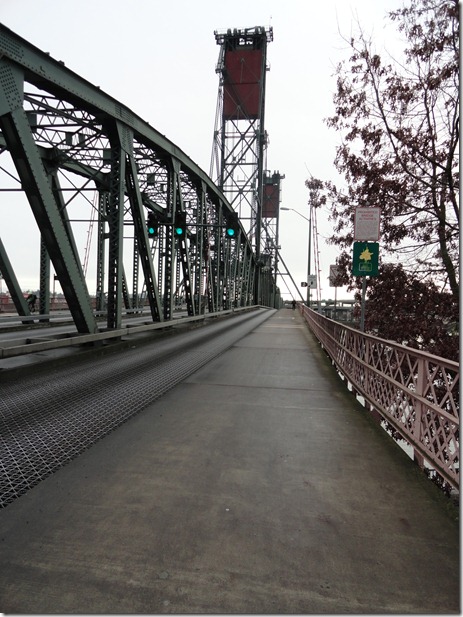 This was at the end of the run, apparently Nicole and I were very happy.

After we finished our run, we waited for the walkers to arrive.

My step-dad, Tim, Steve, my mom and Gail. 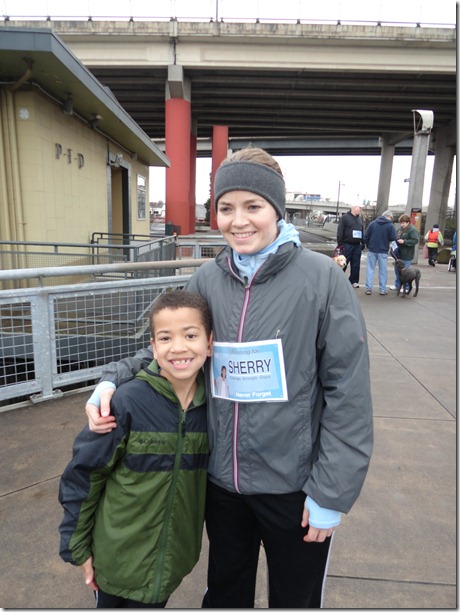 Elijah and my sister, Emily.

Toya and I with our matching nails.

Hannah, me and Haley! 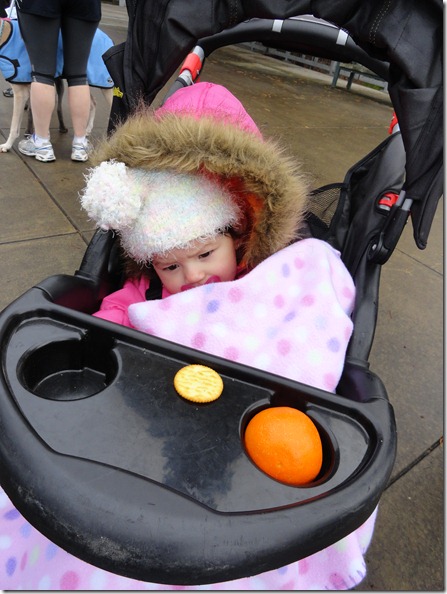 Olivia won the “Most Fashionable” award.  I was so jealous.

Sadie was pretty pissed she didn’t win the award.  Max didn’t even realize we gave out awards.  Thankfully, they were both adorable.

Someone else who was pretty adorable: 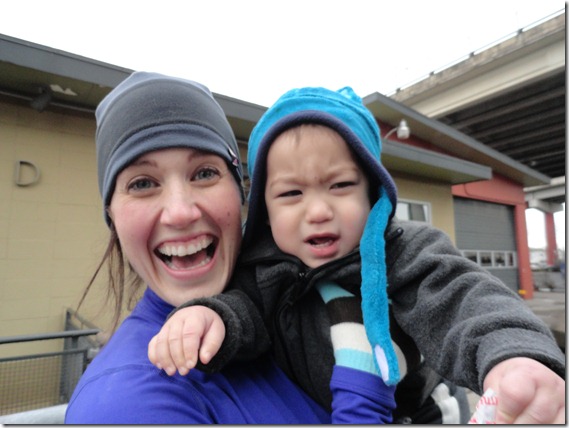 It’s amazing how much this kid loves me.  Good thing I will soon have another of my brother’s offspring to torture:

And thank you (again) to everyone that joined me for the run!!

This entry was posted in Family, Friends, Workout and tagged Babies, nails, Running. Bookmark the permalink.

6 Responses to The Run