Yes, a holiday party.  G’s work waits until mid-January to have it’s holiday party so on Saturday night we went to parrrrrrr-tay…at the bowling alley! 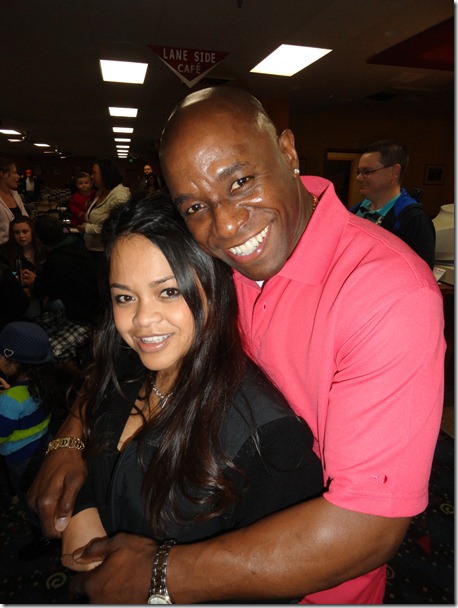 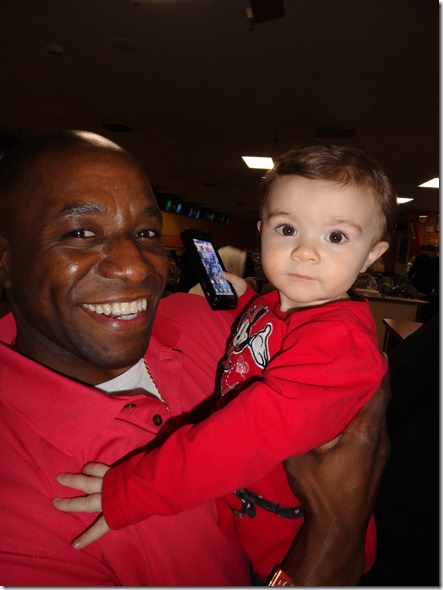 Fortunately we also did some bowling.

Did I mention it was cosmic bowling?

And there was a mascot?

I don’t know why the mascot was there, but G had to get a picture with him…and even pushed a kid out of the way to do so, no joke.

Okay, you don’t have to tell us twice.  G’s company had a good spread of food that included about 6 giant cakes.

G had at least 3 pieces of cake while we were there and we took 4 pieces home.  I would like to say we have a piece or two leftover, but we don’t.  They were gone that night.  The sign says “eat like you mean it”…so we did.

G’s company also had a raffle full of gift certificates and gift bags.  G got a gift bag. 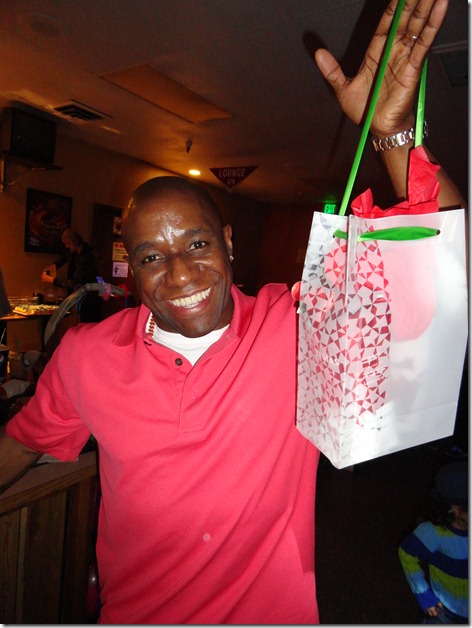 I’d also like to say that our bowling improved from the last time we went and while G’s did, mine did not.  And that’s why I will not be joining a bowling league this year.

But we had a great time and ate a ton of cake.  Basically, a perfect Saturday night.

This entry was posted in Eating, Trophy Husband and tagged Balls, Sports. Bookmark the permalink.

3 Responses to A Holiday Party?