Because George was in Chicago over Christmas, I had to find a date for my family’s holiday celebration.  I didn’t know who I’d bring because I have no friends (and haven’t dated in years).

While I drove up to Washington, I thought about my possibilities.

Fortunately it was a nice day and there was a ton of traffic so I had a good 2.5 hours to think about a date.

However, I didn’t come up with any ideas by the time I got to my mom’s house.  Instead of being sad about my single-ness, I started taking pictures of myself.

I was the first child to arrive and Tim was having some problems with his computer so I decided to pretend I knew something about the internet. 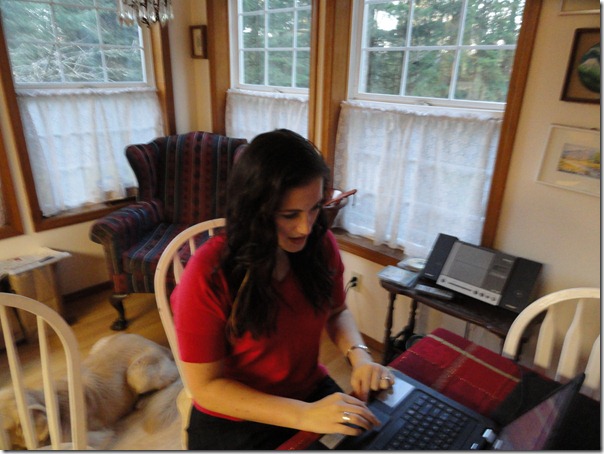 In a few minutes, I fixed the problem.  Seriously, I fixed it.  I will be sending a bill later.  And then I found my date for the evening!!

Little Max!  He’s recovered excellently from his surgery and no longer has to wear a cone.  While he didn’t have a cone anymore, all he wanted to do was lay on me…so it was pretty much the same as every date I’ve ever had.  Thanks Max.

Then Em and her family showed up. 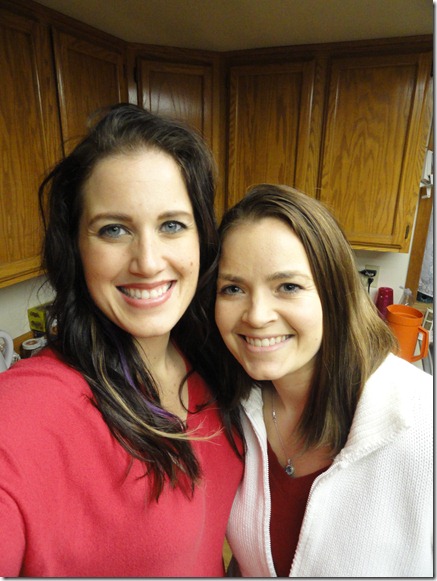 And Kai showed up to do a little vacuuming. 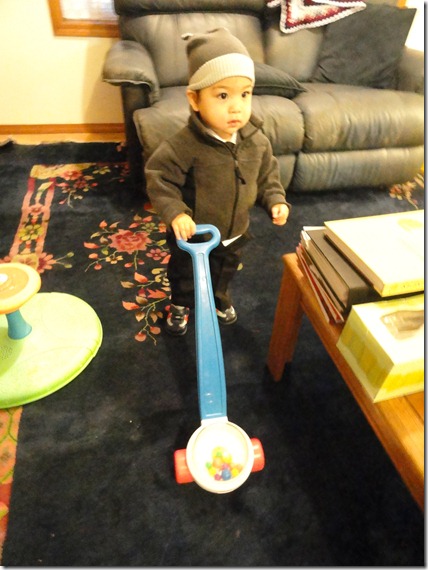 He wasn’t sure how long he was going to stay, so he kept his jacket and hat on for a while.

But once we threatened his life, he agreed to stay and even take pictures with these wackos:

Tim just told Kai that it’s our annual tradition to waterboard the kids before they get presents.  Kai was excited…he loves water.

But before the waterboarding, we had dinner! 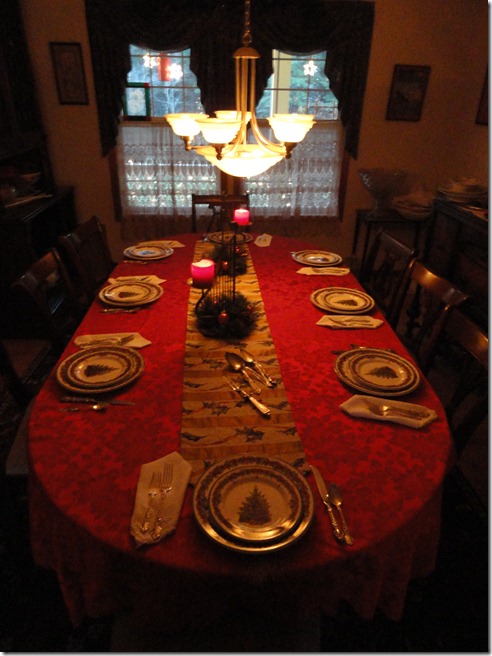 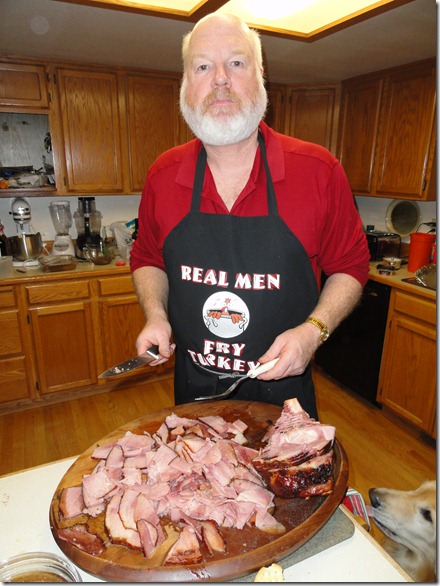 (He is very serious about ham.)

And Max begged for scraps. 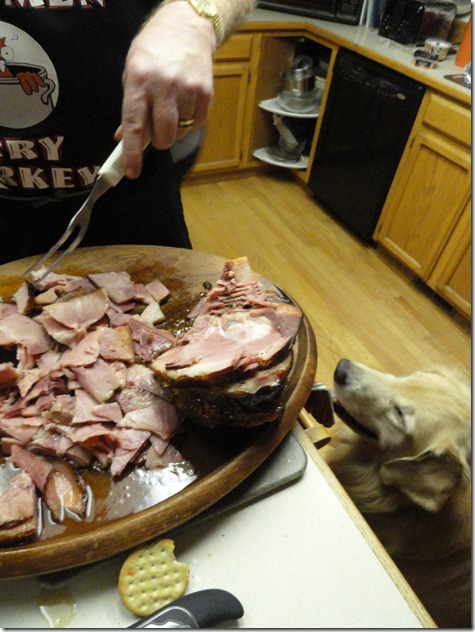 Max didn’t even care about me once the food came out…kind of like this guy: 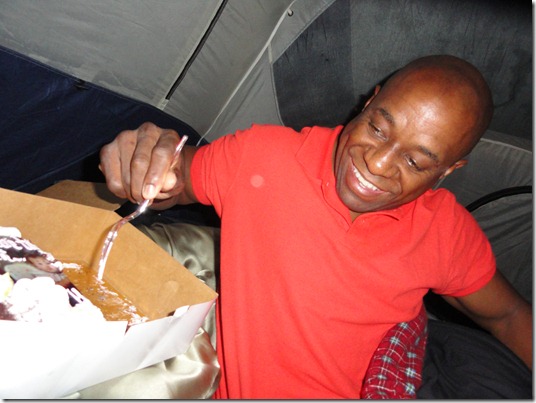 Once the food comes out and G has a fork, just be careful you don’t lose an eye.

Mom sat at the kids table.

And I took a blurry picture at the main table! 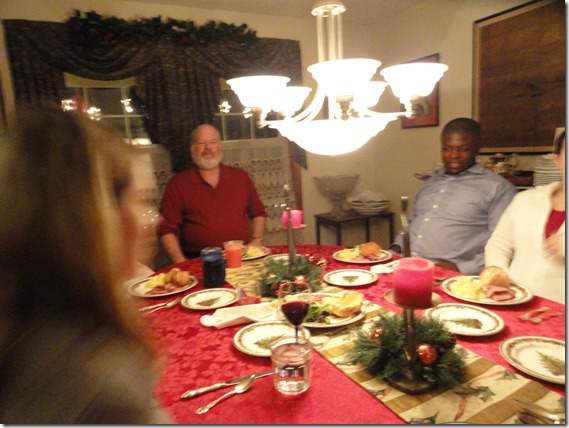 After dinner, we opened some presents (after the waterboarding),

Hart got a little too excited about his Portland Monthly magazine subscription,

And the girls all got knitted hats from my mom. 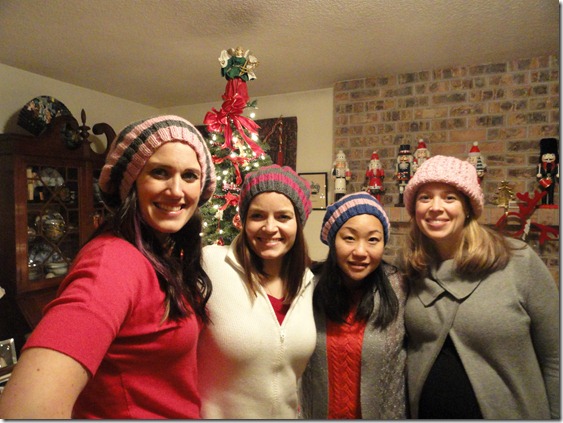 And no, Laura isn’t fat…she’s still pregnant.  She loves how big her boobs are getting (not really) and it’s hilarious.

Here’s a straight on view of my hat with my stringy hair:

When/if I cut my hair, I’m going to glue it to the bottom of the hat so it will always look like I have long hair.  Maybe I’ll get my hair made into dreadlocks first, though.

Julia also got a baby doll to help prepare her for her new sister:

And to help her really get prepared, I stole the doll and wouldn’t give it back.

Obviously, Hart doesn’t care that I stole his kid’s toy…and that’s why I like him.

After the presents, we forced Kai into his footy-pajamas. 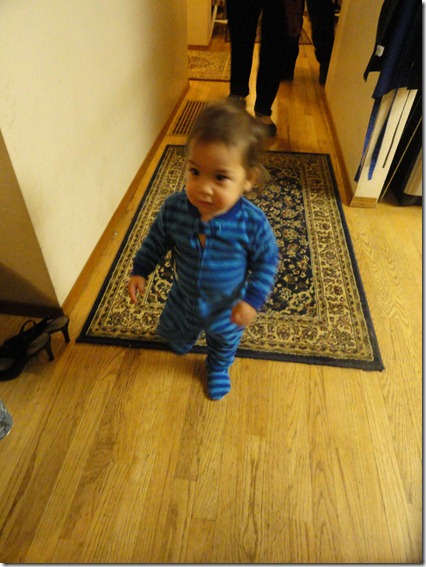 And laughed at him while he ran around.

It was an excellent night!!

This entry was posted in Family and tagged Celebrations, Gifts. Bookmark the permalink.

5 Responses to My Christmas Date