Last Monday, the cruise group got together to celebrate a few milestones.  G’s step-mom was celebrating her 70th birthday and her 30th wedding anniversary with G’s dad.  There were various other milestones mentioned during the day, but these were the two main ones.  And this is a picture of the entire group: 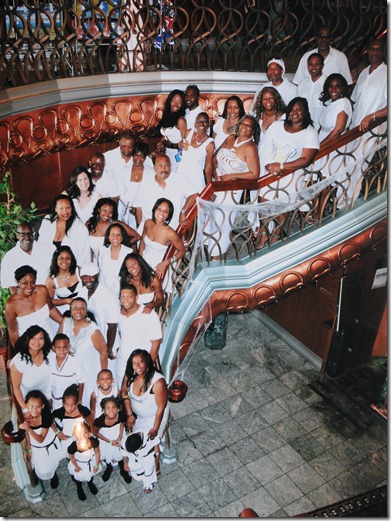 I was more than a little hesitant when we received the memo that we were supposed to wear white to this party.  But I think the white helped me to blend in a little bit, which was nice.  It also helps that my hair is dark this time around.  Can you find me?

Carla, G’s sister, booked a private room for the event and there was (a lot) of drinking, dancing and singing.  It was fun.  Even this white girl got up and danced.

And I even joined in when the whole family was dancing Chicago-style. 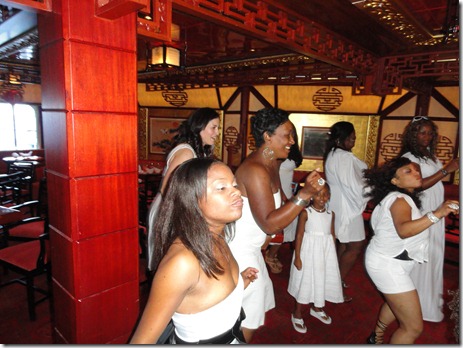 This is my favorite kind of dancing, but I only get to do it when I’m with G’s family.  I don’t know what it’s called but it’s kind of like line-dancing hip-hop style.  And these chicks get down.  I mostly fumble around and by the last verse, pick up the dance…LAME.

We also took a ton of pictures.

Me with the ladies: (from left to right) Carla (G’s sister), Charlotte (G’s step-mom) and Debbie and Tiffani. 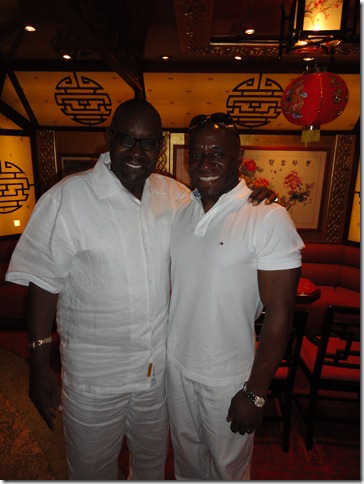 That’s G and his dad…think they look alike?

One thing I love about G’s dad and his wife is that they always dance at a party. 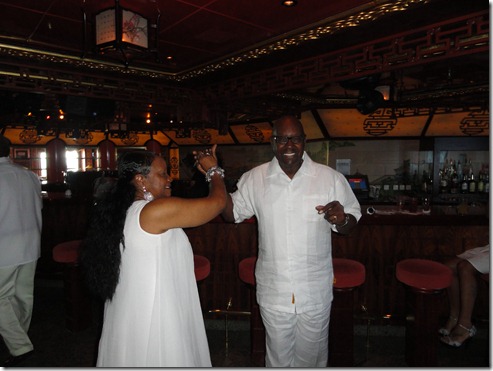 And that’s why G and I dance, too.  And pretend to like each other.

It was a great party and a good way to see all the family and friends who were on the cruise!

This entry was posted in Family, Travel and tagged Celebrations, Music. Bookmark the permalink.

2 Responses to A White Party!!