Every Dog Needs a Sweater

Because I decided to continue shaving Jack through the winter, I need to make sure he will be warm without his extra hair.  And that’s when I decided to knit him a sweater.  I got the supplies on Friday and finished the sweater on Sunday.   I love a quick and easy pattern!

I found a pattern that gave directions for 4 different sizes: small, medium, large and 1x.  I don’t really believe in measuring so I guessed that Jack is a large.  He’s a big dog, but he’s not a St. Bernard or Great Dane, so I figured he was a large.  Jack is built a lot like this idiot: 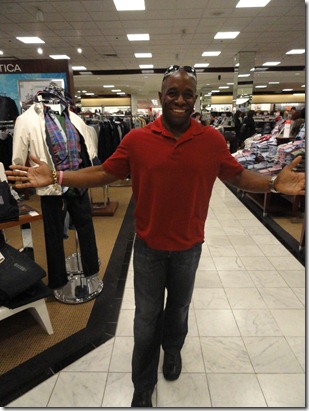 When I finished the sweater, I noticed that the neck hole looked a little small.  And the whole thing looked a little short.  But I thought I’d shove Jack into it anyway.  He’s very cooperative.  And he looked adorable!

If the neck hole was bigger, I could pull it down more and it would fit better on his body.  I don’t shave the hair around his neck and head so he doesn’t need the sweater there, he needs it around his tiny hips!

See, it looks too short!  Dang it.

But I think Jack likes it…

Or maybe just the idea of it.

I think I’m going to attempt another one (I still have two reams of yarn left) and I will try to make it longer.  In the meantime, I’m trying to convince Bing to wear it. 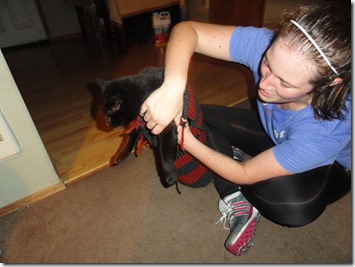 He’s not really liking the idea.

Bing prefers to use the sweater as a blanket. 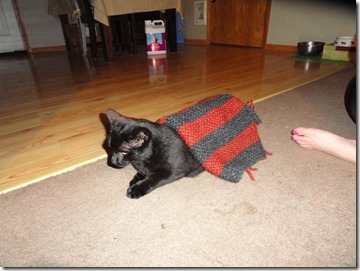 This entry was posted in Creatures and tagged Nonsense. Bookmark the permalink.

6 Responses to Every Dog Needs a Sweater