How about a run?

I had a busy f-ing day on Saturday.  And it all began with a run in Salem. 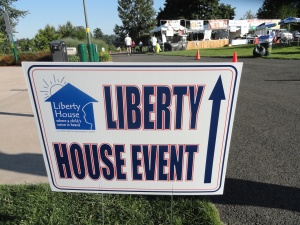 The Triplets made an appearance: 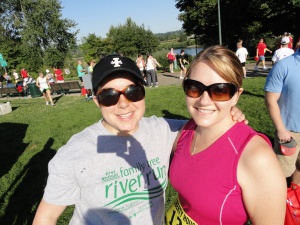 Is it me, or does it look like Lea is grabbing Kristy’s neck? Hmm.  Here are The Triplets all together:

I also got a sticker because I’m from out-of-town!

Oh and this hot chick also joined us:

Ann Marie is a hard-core runner and we went to college together.

Doesn’t her tan look nice?  Doesn’t mine?  Oh, right, I don’t have any pigment in my skin…I need to work on that.

So the race started and it was fine.  We ran over a bridge, 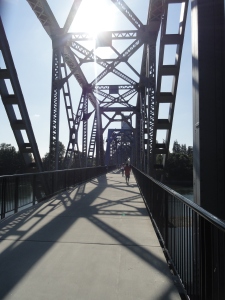 and by some dance team members. 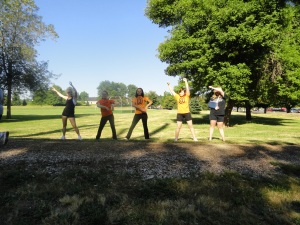 When we made it to the finish, this creature greeted us and congratulated us on finishing!

Kristy’s dog, Ripley!! (That’s Kristy’s husband, Andy, in the background…doesn’t he look like a giant?)  After we got some water and I stole a million honey sticks and granola bars, Lea and Ann Marie joined me for breakfast at this place:

I guess it was on Rachal Ray’s $40 a Day or something.  I was just happy we were going to be eating.

And this is what I ordered:

Huevos Racheros!  So good, but I thought I was going to explode after I ate THE ENTIRE THING.

It was a good time with good friends.  I still hate running, but oh well.

This entry was posted in Eating, Workout and tagged Running. Bookmark the permalink.

12 Responses to How about a run?