I spent my Sunday morning watching these idiots paddle (I know…it’s shocking that I wasn’t in church). 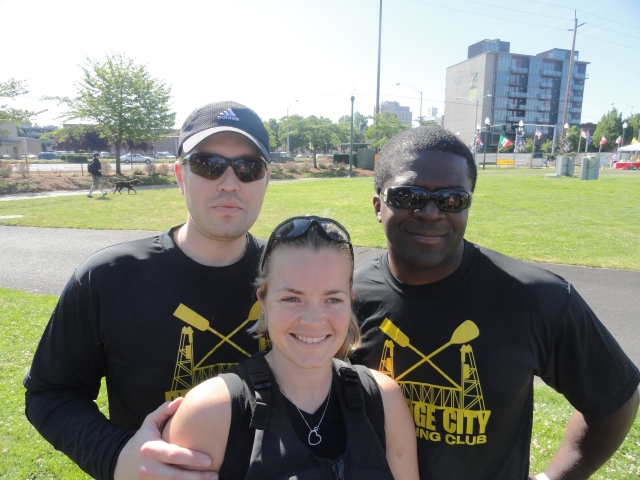 That’s my brother (Jeff), my sister (Em) and my sister’s boyfriend (Jamison).  My brother’s the white guy, if you couldn’t figure that out.  They are all paddlers for the Bridge City Paddling Club and they had a race in Salem so I decided to watch.  Look, they even have an official flag! 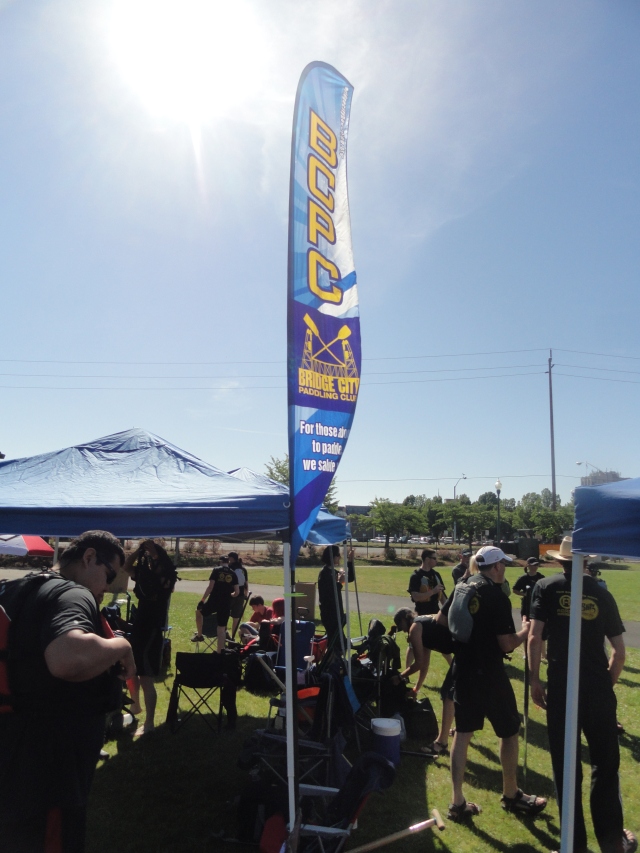 Then the team got ready for their first race, which basically means you stand around with your paddle and a life jacket on.

Jamison’s daughter and I were bored waiting for the race to start so we took a few pics.

Then she wanted to pretend she was CTW. 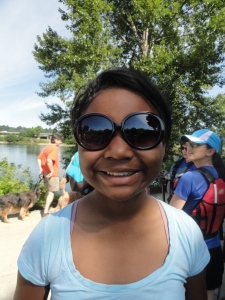 Some racing started and I took pictures.  Unfortunately, I was too stupid to figure out what boat they were all on and I’m pretty sure the pics I got were of other boats.  Oops.  Sorry Em, Jeff and Jamison. 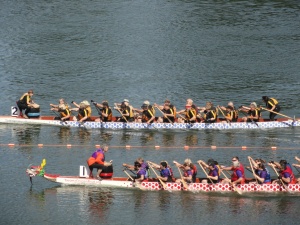 Next time, I will try thinking.  After the race, I wanted to check out my sister’s paddle. 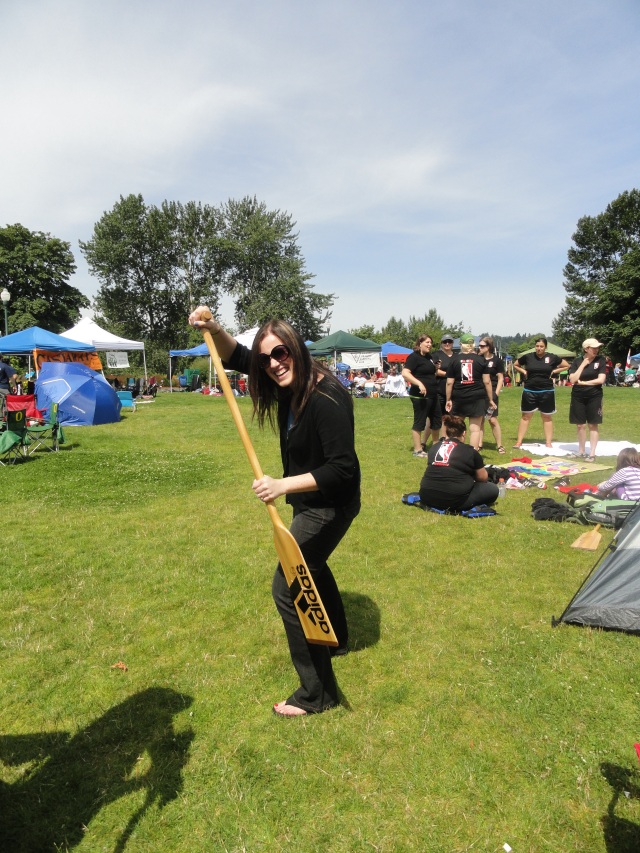 I’m pretty fierce, no?  My sister loves Adidas and my brother works for Adidas so I thought it would be good to promote it as well….maybe another spokesmodel position?  Oh, I guess you probably have to be athletic, but a girl can try. 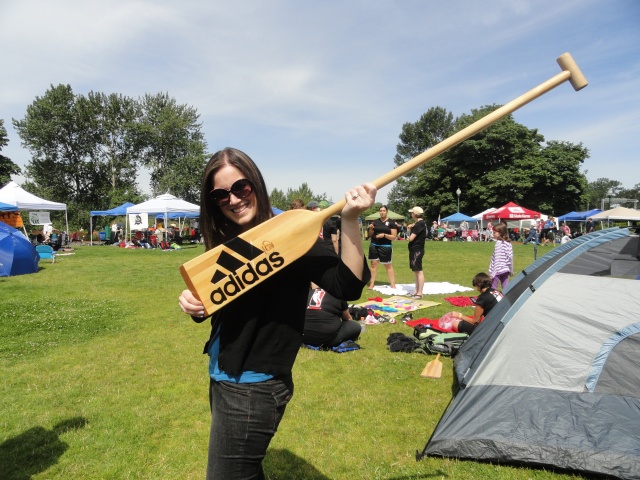 Then there was a celebrity sighting…Jiggy from The Real Housewives of Beverly Hills! 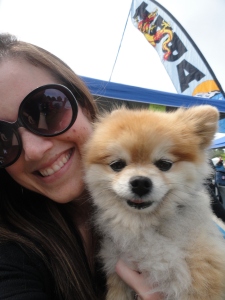 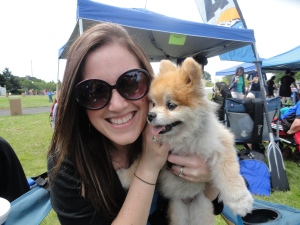 This was actually Dot, but I think together, we could pass for Lisa Vanderpump and Jiggy!

With the right personal trainer, makeup artist and hairstylist we’d be twins!  It would be a lot easier if Lisa gained 50 pounds took off her makeup and messed up her hair, though.

After terrorizing little Dot, I hung out with this creature and Kristy (her husband was paddling as well).  Kristy refused to have her picture taken because she’s too good for CTW, but Ripley was ready to pose. 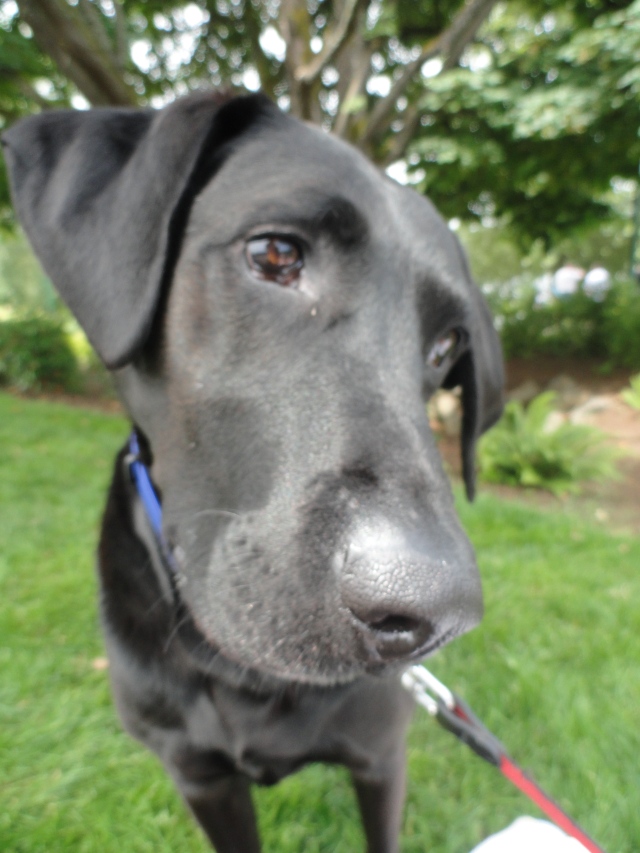 Isn’t he beautiful?  Such nice eyes.

When I got home George informed me that he was getting some sort of ab machine from a coworker.  Seriously.  I hope it’s something totally messed up like The Shake Weight.  We’ll see…

This entry was posted in Creatures, Family, Workout and tagged Workout. Bookmark the permalink.

6 Responses to Vibrams, Paddling and Jiggy