Dinner with a Racist Dog

On Tuesday night, G and I went to dinner at this weirdo’s house: 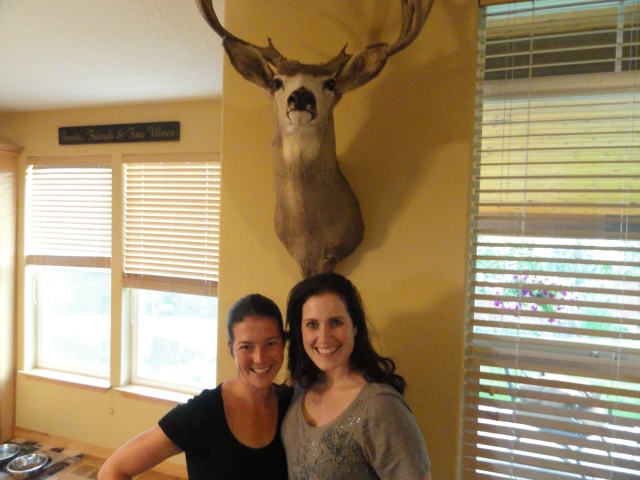 Steph and I went to college together and we were in the same sorority.  We both deactivated from it during our senior year so, I’m sorry, we can’t give any referrals or recommendations.  But GAMMA PHI OR DIE was our motto.  Totally cool.  We went to a pretty small school so it wasn’t like the “stand on the table naked and get your cellulite circled” kind of sorority that a big school has (I think I saw that in a Lifetime movie and one of the rushees died…very sad).  I was lucky, the only person who hazed me was Steph, thanks b*tch.

Amazingly, Steph managed to find herself a great guy who can cook.  And he can really cook.

This is Shay. He is serious about cooking and his apron is signed by famous chefs!

Before I get to the food, it took us a long time to get there because G and I live in what I refer to as “South Jesus” and Steph and Shay live in “West Jesus”.  We took pictures just in case we died along the way and someone wanted to know what happened to us.

I have to drive and navigate because G forgets that he's supposed to tell me where to go.

See, we were in the middle of nowhere.  I was glad there weren’t any hills because I would have thought I was in the movie The Hills Have Eyes and that sh*t scares me.  Fortunately, I was with George and we all know that the black guy gets killed first in horror movies so I would have had a few extra minutes to run and hide!  Sorry, I digress.  We kept driving.

We finally made it and we were greeted by this bundle of joy:

And we had to take pictures with her, of course: 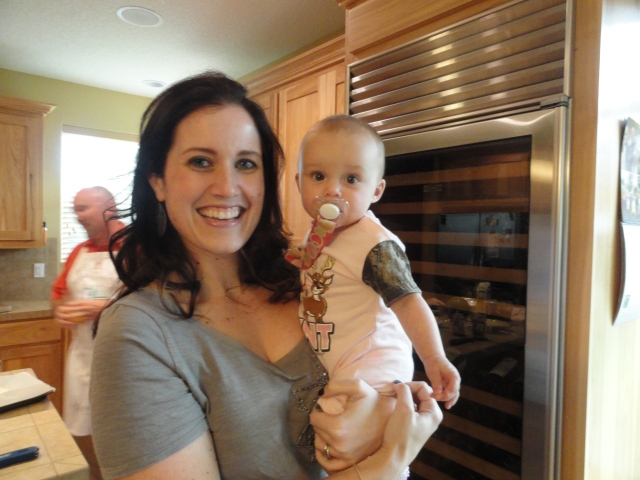 Steph and Shay had never met George so they decided to cook fried chicken and collard greens in his honor (and then we made him pick cotton…not really, we live in Oregon, there isn’t any cotton).  George and I brought watermelon to help perpetuate the stereotype that black people eat fried chicken and watermelon. 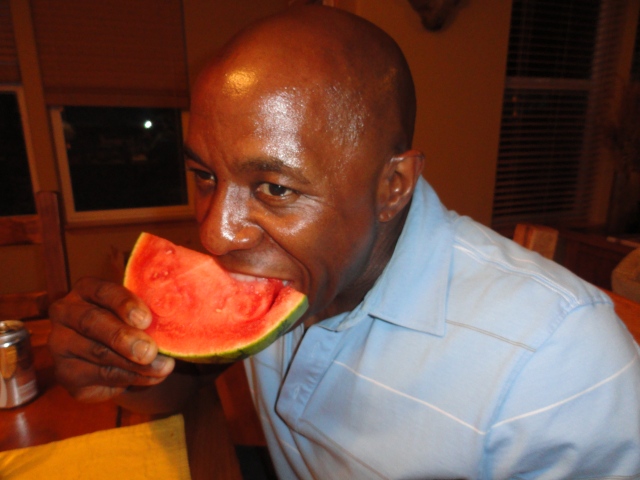 Actually Shay makes famous fried chicken and is trying to spread the word.  BOBBY FLAY are you listening?!!!  Shay would love to have a throwdown with Bobby Flay.

Uh, YUM!! And Shay knows G and I are fat pigs so he made a lot of food.

Getting ready to feast.

Shay would also like to have his own tv show about hunting animals and then making amazing food with it.  I think it’s a great idea!  He even hunts for mushrooms…look at these morels:

We had an excellent dinner and Steph and Shay’s adorable daughter, Mady, was impressively well-behaved so I didn’t feel like having my tubes tied on the drive home…an unexpected bonus!  And I loved that they gave her a box to play in and Shay decided to join her.

Coolest parents ever, but I don’t think Mady liked sharing her box.

During the entire dinner, Steph and Shay kept their wonderful dog, Tanner, shut in the office.  WTF?!!! I almost called PETA.  Then they explained that she’s a racist and doesn’t like blacks, Mexicans or people wearing cowboy hats.  So I said “cool, I don’t like those people/things either, bring her out”.  Okay I didn’t really say that, but I wanted to see if she would attack George so I told them to let her out!  And they let her out…she came flying out of the room like a maniac and DID NOTHING.  Totally boring.  She just wanted some dog treats and didn’t even bother coming up to me or George.

To see if she would totally freak out, I told George to call her.  Unfortunately, George is kind of like Dr. Doolittle…stupid animals love him, especially stupid AND crazy animals.  So he calls Tanner and that idiot dog goes right up to him like they’re friends.

Now they're in love.

What a waste!  I was hoping we’d at least get to go the emergency room.  No such luck.  So I took a bunch of pictures of the dead animals all over their house and left. 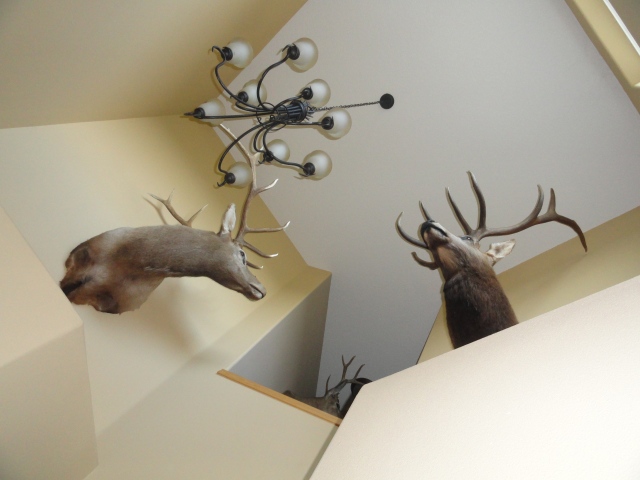 So I’ll leave you with one last picture of a creature:

Oh sorry, that’s just crazy Steph.  She wanted a picture with watermelon too.

All-in-all it was a great night!  Thanks Shay, Steph and Mady for being such wonderful hosts and thank you, Tanner, for being a racist dog (even if you were polite and didn’t try to bite G’s balls off).

This entry was posted in Eating, Friends and tagged Friends, Inappropriate, Travel. Bookmark the permalink.

14 Responses to Dinner with a Racist Dog