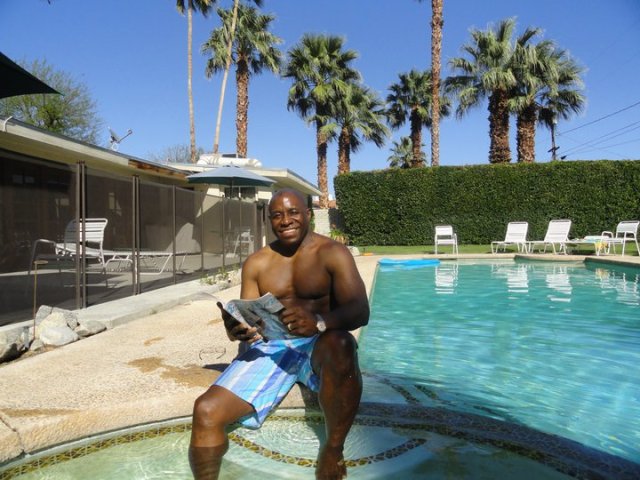 Looking sexy by the pool.

However, there are some very girly, metrosexual aspects to him.  These little aspects can sometimes make me feel more like the man in our relationship.

1. He takes 2 hours to get ready.  No matter what, he needs 2 full hours.  And every day he is running late…unbelievable.  He will get up at 3:00 am to shave, shower, put all his facial products on and get dressed.  I don’t know why it takes so long to do this.  He has to be at work at 5:00 am.  Seriously?

2. He looks better in designer jeans than I do.  It’s just not fair. 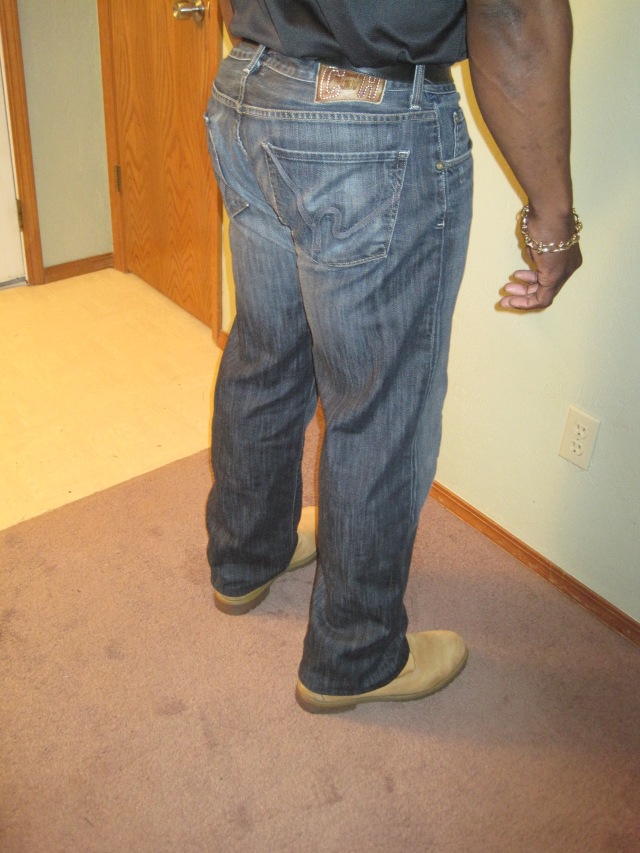 And no, I’m not going to show you a picture of my ass.

3. He watches his “stories”.  Including One Life to Live, General Hospital and All My Children.  On more than one occasion I’ve had to listen to what’s happening with Brenda, Sonny and Jason. 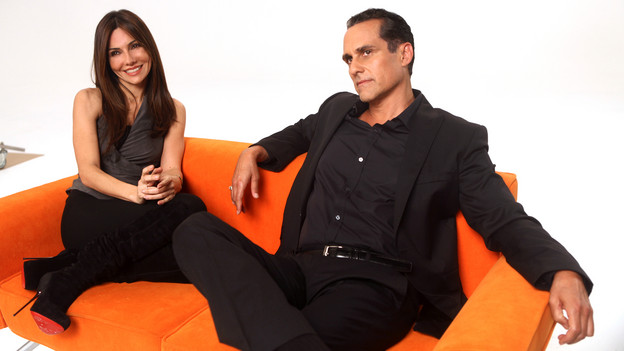 And yes, he’s devastated that two of these shows are being canceled in September 2011.

4. He goes on the Lemonade Diet.  He’s currently on this crazy diet.  I’ve gone on this particular diet before and it’s completely crazy.  Apparently, George likes to torture himself, starve and watch me eat for days on end. 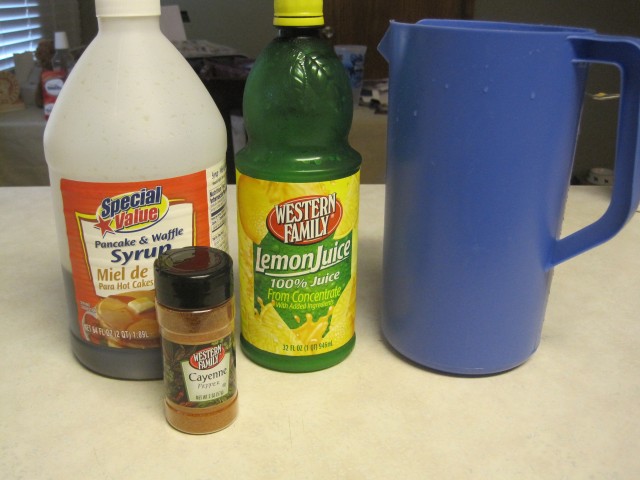 The white-trash version of the Lemonade Diet.

I know you’re supposed to use fresh lemons and special grade maple syrup, but, sorry, I’m not going to spend $80 a day on lemons so my husband can starve himself.

5. He’s all about babies and taking pictures with babies.  Along the same lines, give him a camera and he will take hundreds of pictures AND post them all on Facebook. 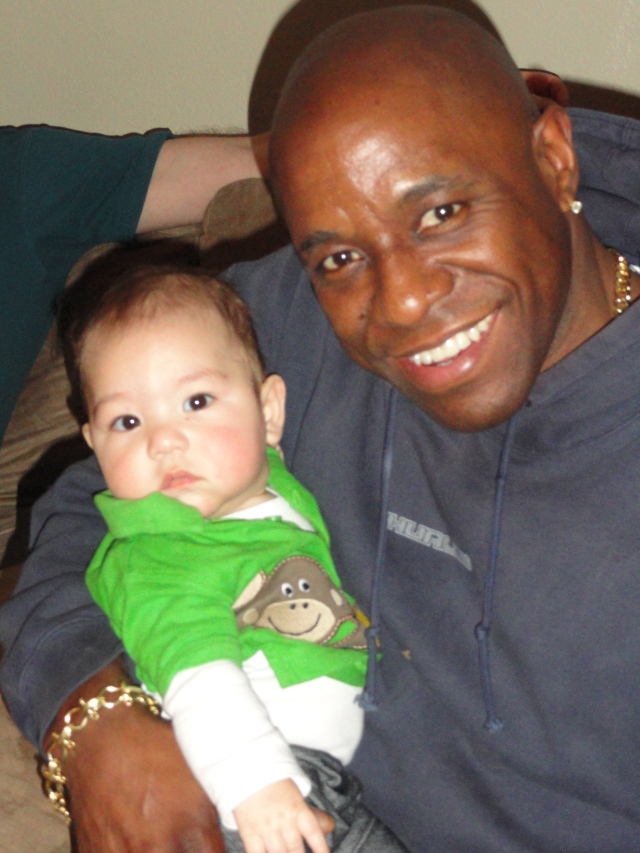 Kai doesn't appear too thrilled about this picture.

6. He gets pedicures once per month. 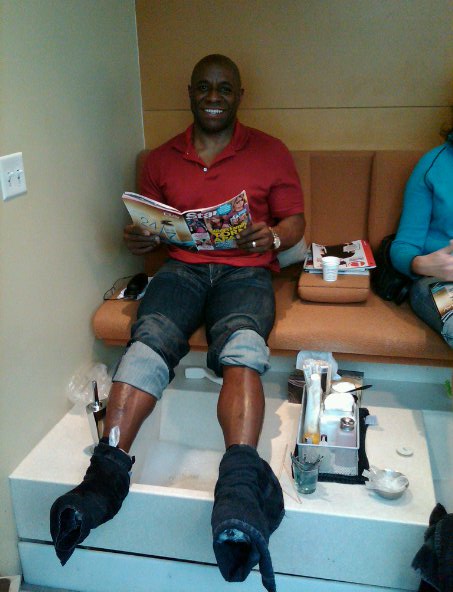 At least his feet feel more like feet rather than cement blocks, so I really shouldn’t complain.

I know these aren’t all the reasons George is sometimes more of a girl than me, but these are the ones I could think of today.  And don’t think that he doesn’t do anything manly and gross because there are many things I wish he didn’t do as a guy.  They are just not as fun to talk about as the girly things!!

So to feel more like a girl today, I’m going to paint my nails!  Have a nice Sunday!!

This entry was posted in Trophy Husband. Bookmark the permalink.